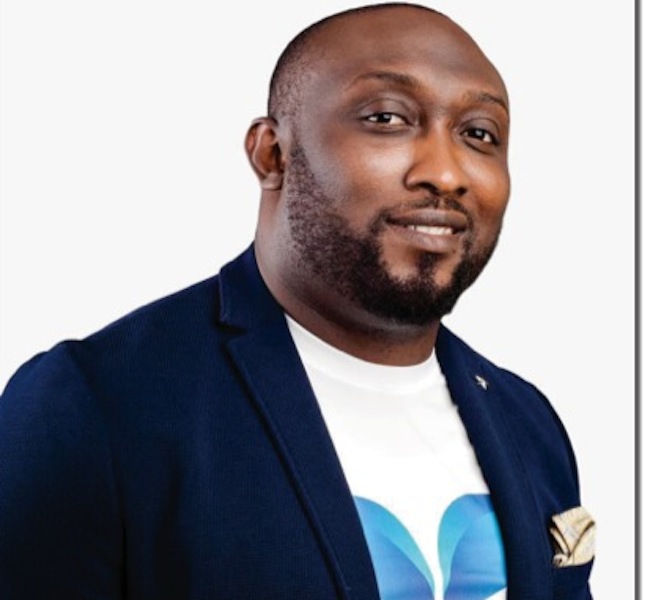 A young digital entrepreneur and accountant, Dare Olatoye, whose matchmaking app, Trueflutter, seeks to connect singles to their soulmates has more than love to share, writes Vanessa Obioha

Dating apps are one of the ways to meet new people within your social circle and start a relationship that hopefully ends in marital bliss. The most popular dating apps in Nigeria include the America-owned Tinder which matches users based on geographic proximity and has over 50 million users globally.
But sometimes, the possibilities of meeting a lifetime partner, particularly for young Africans can be very limited. Part of this is due to the algorithms in place which limits one’s search to location and picture-based profiles.

Dare Olatoye, a 39-year-old digital entrepreneur, and his brother, Ayo, are flipping the script with a new matchmaking app, Trueflutter.
As the name suggests, Trueflutter seeks to connect singles looking for a committed and serious relationship.
“The type that will make you have real butterflies flutter in your stomach,” said Dare.

The quest to build a matchmaking app that addresses the needs of Nigerians and Africans is a result of Olatoye’s frustration with dating apps. And time, he said, was rapidly ticking.
On a visit to Dubai a few years ago, his brother suggested again that he try a dating app but he flung the advice aside, lamenting his failures with three dating apps. Not that Olatoye had a problem meeting women, he didn’t just find his match.

“Men look for stability, unpretentious, and good moral values in women. We want a peaceful spouse.”
However, the search for a perfect app that meets his demands wrapped around his head, and with his knowledge in technology and psychology, he teamed up with his brother, and the duo began experimenting on a matchmaking app that will eliminate the societal structures and cultures most Nigerians face using foreign dating apps.
“I thought to myself that if I have this certain challenge finding a woman I like, then others will have it,” he said.

In 2018 when they had a test-run of the app, the feedback was mind-blowing. Over 15,000 users downloaded the app and lauded the compatibility matches of the app.

What the brothers did was to eliminate the process of trial and error by adding algorithms that understand the Nigerian psyche and culture. Unlike most dating apps which offer users only profile pictures, Trueflutter gives users a chance to add a voice note to their profile. The ‘Audio Bios’ is a unique feature that allows users to hear what a person sounds like even before the match.

It also lets users respond with a voice text of their own, reducing the awkwardness most people feel after the match and need to start a conversation. That way, users can gauge their personality.
Also, based on users’ information, the app can suggest possible preferences such as age as well as allow users to go incognito.

“We understand that some people are shy and would prefer to stay incognito. The incognito feature offers them that opportunity. They will only be seen if they click on a profile that they like. The app will send their picture to the person automatically,” Olatoye explained.

Understanding that people may have difficulty making a choice, the brothers added ‘Favourite List’ feature which allows users to add possible matches to a list.
“We had the ladies in mind when developing this feature,” he noted.

Another feature of the app is that it allows users to search for people with LinkedIn accounts.
The app, according to Olatoye uses a unique algorithm, strong security features, and advanced privacy settings to accelerate the matchmaking process and ensure users can easily find compatible matches.

In August 2020, the brothers closed a seed round which was a syndicated investment from three Angel Networks, and used this to finalize the full product which was recently launched.
A certified matchmaker who runs a private matchmaking service, Olatoye revealed that he found his wife through the app.

“We got married this year. She wasn’t initially on my app but decided to try it out. We got talking and started a relationship,” he gushed.
The author of ‘Beating the Odds: A uide to Dating in the Post-Covid Era,’ is a firm believer in matchmaking apps despite his previous failures with dating apps. He considered it a certified way of finding a soulmate even though some people express scepticism at the thought of finding true love online.

“There are many singles programmes in churches but yet, only a few find their spouses in such gatherings. The reason is that people hardly connect in such places. Everyone is busy and rarely socialises. Being busy deprives one of socialising. We go to work, come home late, do other domestic chores, go to bed, and the next morning, the cycle repeats. But with matchmaking apps like Trueflutter, you can socialise. You can find a match that may possibly lead to marriage.”

He buttressed this point with an example.
“My sister got married at 48 to someone who lived 30 minutes away from her. Your soulmate can be next door but you may never know because of your busy schedule. That’s why in Trueflutter, our tagline is ‘Meet your future’ because you never know if he or she has been close to you all this while,” he said.