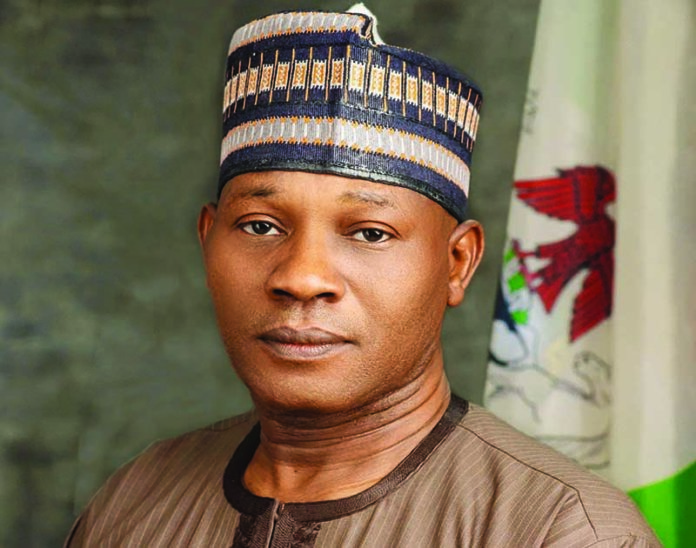 The increasing spate of disasters have continued to generate global concerns as many lives are being affected, communities devastated and environments negatively impacted. These have been largely blamed on global warming that is responsible for climate change, which is caused by increased concentration of greenhouse gases in the atmosphere. This is mostly attributed to human activities such as burning fossil fuels, deforestation and farming. Climate change is the cause of erratic weather with consequences of unusual and excessive rains, low rainfall, drought, rise in sea level and the likes in many locations, exposing the people and environment to unexpected dangers. The effects of other human induced disasters such as urban flooding that often result from blocked drainages and unplanned settlements, technological accidents and poor waste management are also too glaring to be ignored.

Some of the common natural disasters that have also become more frequent with devastating impacts include earthquakes, earth tremor and tropical storms. International efforts to address concerns from the increasing spate of disasters have produced a number of global protocols and action plans such as the Sendai Framework of Action and the Climate Change Paris Agreement of 2016. All these geared towards addressing the rising trends of disasters and providing necessary assistance to people and communities. However, local efforts remain the most critical in addressing the problem of disasters.

Disaster management in Nigeria dates back to 1906 when the Police Fire Brigade (now Federal Fire Service) was established to function beyond firefighting role to saving of lives, properties and provision of humanitarian services in emergencies.

However, between 1972 and 1973, Nigeria was hit by a devastating drought which affected the socio- economy of the nation and resulted to loss of lives and property worth millions of Naira. This made it imperative for the government to consider a response body to take care of disaster issues because of its serious and adverse effects to the life of her citizens. Thus the establishment of National Emergency Relief Agency (NERA) by Decree 48 of 1976, which was created as an Inter-Ministerial Committee, charged with the task of collecting and distributing relief materials to disaster victims. The function of NERA with regards to Disaster Management was very limited because of the scope under which it operated.

In 1993, the government, based on the objectives and goals of the International Decade for Natural Disaster Reduction (IDNDR) decided to expand the scope of managing disasters to include all the areas of disaster management. This included prevention, mitigation, response and recovery. Having realized the obvious shortcomings of NERA in the management of disasters, in 1999, the National Emergency Management Agency (NEMA) was established with mandates that encapsulate holistic approach to disaster management in Nigeria.

NEMA is the agency of the Federal Government that is responsible for disaster management under the supervision of the Federal Ministry of Humanitarian Affairs, Disaster Management and Social Development. The management of this agency is very important as its supports are easily the last line of defense to persons in distress.
The recent appointment of retired Air Vice Marshal Muhammed Muhammed as Director General of NEMA was a milestone decision by President Muhammadu Buhari that ended years of controversies and confusions in leadership of the agency. Being aware of the problems in the agency, the new DG accepted the responsibility to serve with altruism to restore its focus in the service to humanity.

Few months after assuming office, AVM Muhammed has re-established the lost partnership of the agency with its critical stakeholders including the supervising ministry, National Assembly, States Emergency Management Agencies and the relevant Ministries, Departments and Agencies (MDAs).

The renewed rapport was responsible for the success in the management of the 2020 flood. For instance, the Nigerian Air force in collaboration with the agency used its specialized surveillance aircraft to conduct aerial assessment of the flood plains along River Niger from Kebbi State to Kogi State. The deployment of flood assessment and response teams comprising of NEMA and stakeholders staff to affected states was made easier because of the synergy with the States Government and their respective Emergency Management Agencies.
At a recent interactive session with staff of NEMA in Abuja, the Director General emphasized the imperative for collectivism in disaster management and unveiled his roadmap to reinvent and reinvigorate disaster management in Nigeria. These include deliberate efforts on disaster awareness and risk reduction, targeting 100% of Nigerians.

He promised to work with the States Government and other stakeholders towards the development of disaster resilience in communities through the implementation of the Sendai Framework of Action.
The retired military officer with vast experience and records of achievements as a fighter pilot, he understands the imperative for human capacity and proper use of equipment. Bringing this to bear, the Director General said he will ensure availability and workability of necessary search and rescue equipment that could be deployed whenever the need arises. He identified also as priority, the strengthening of institutions for Disaster Management at the lower level of Governance (states and local governments). This would translate into the much desired strengthening of collaboration and coordination with all humanitarian actors from Federal down to the community level.

The process for repositioning and re-invigoration of NEMA for better coordination and management of disasters in Nigeria may have just begun under the leadership of AVM Muhammed as the Director General.
Manzo is of the Media Unit of NEMA – manzoezekiel@gmail.com