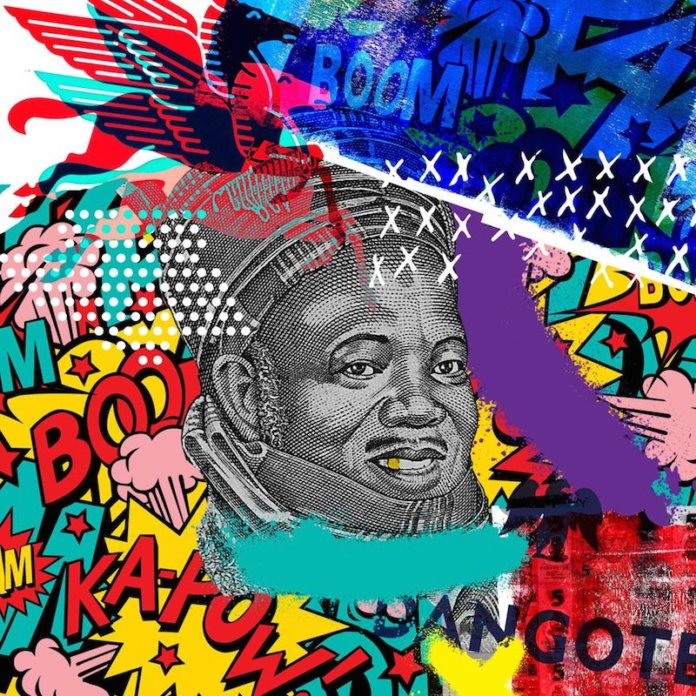 The Abuja-based contemporary art gallery, Retro Africa is a choice destination for art collectors and enthusiasts as “Hyperflux’’ a solo exhibition which features works by Wiliams Chechet kicks off. The show is described as the first major comprehensive display of Chechet’s professional practice spanning over several decades.

His iconic works include portraits of Nigerian cultural leaders which resonate with references to pop art by Andy Warhol and Jean Michel Basquiat. Born in Kano and raised in Kaduna, Chechet initially pursued a career in Industrial Design with a degree from the Ahmadu Bello University, Nigeria. Spending his formative years in Northern Nigeria, his art is culture sensitive.

“I want my art to serve as a visual stimulus, capable of creating emotional reaction to its complexity,’’ he remarked. Hyperflux emulates beauty in distortion and shows Chechet’s ability to meticulously execute artworks that merge figuration, abstraction, motif design as well as selected images that encompass lifestyle, text design, architecture, nature and heritage.

“The works showcased at this exhibition are centered on the theme of self-identity and are oddly reminiscent of the work of artist Roy Lichtenstein. Chechet creates a visual distortion while simultaneously keeping the illusion of coherence in the observed image which speaks to a sense of character and identity. Some of the works include, “Black Excellence,’’ “Her Worth” and “Kill the Hype.’’

In his remarks about the show which runs till March 14, 2021, the President, Society of Nigerian Artists (SNA), Oliver Enwonwu noted that “Hyperflux is an apt description of the fast-rising contemporary artist’s rapidly evolving practice-his creative process largely spontaneous and involving the isolation of photographs on a coloured and flattened plane. Second, his constant oscillation from the past to the present through a depiction of traditional leaders and personages, as well as an appropriation of indigenous aesthetics and iconography mostly from Northern Nigeria pivotal to the shaping of the country’s political history. Third, and perhaps the most obvious is the apparent contradiction in his adoption of digital collage, a medium that ends itself easily to the contemporary, to interrogate historical subject matter,’’ he said.

Chechet’s art has been widely exhibited across Nigeria, South Africa, Morroc, London, New Yord and featured in international art fairs including ART X Lagos, 1-54 Contemporary African Art Fair. In 2018, he emerged as one of the finalists of the ART X Prize in partnership with Access Bank.

Retro Africa has been a trailblazer in promoting emerging and established artists through a range of creative outlets such as curated exhibitions, art fairs, intercultural dialogues and online media.