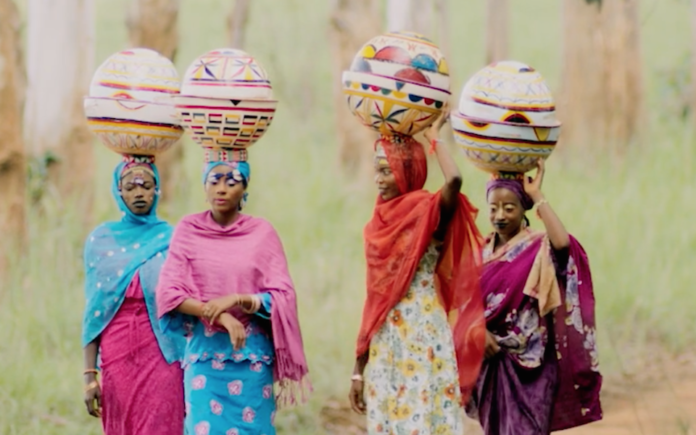 As The Milkmaid movie, Nigeria’s submission for the International Feature Film Category at the 63rd Academy Awards, gets nods of approval from respected veterans, Yinka Olatunbosun reports on the hurdles that the movie had overcome and the question of artistic freedom

“I have nothing against Milkmaid movie,’’ Mr Adedayo Thomas, the Executive Director, National Film and Video Censors Board said in a long telephone conversation with THISDAY last weekend. Those words were very important given the hurdles that the movie ‘The Milkmaid’ had crossed to be classified and censored on November 16, 2020. It was an eventful journey for Milkmaid movie having been scrutinised by the Department of State Services (DSS), Islamic groups filmmakers and human right lawyers. While explaining the delay in approving the movie for public view, Thomas remarked that the entire process was routine, not an attempt to sabotage the movie.

In a letter dated November 2, 2020 addressed to the Chairman, National Oscar Selection Committee (NOSC), Thomas stated that the rules guiding the 93rd Academy Award are subject to the laws of Nigeria.

“For the avoidance of doubt, the NFVCB Act makes it an offence to exhibit films or video works that are unclassified and unapproved by the board. The Milkmaid was refused classification due to its sensitive content and its treatment,’’ he stated.

When THISDAY probed further to establish why the movie was reviewed several times before its classification, Thomas cited its depiction of Islamic marriage. For him, the portrayal of insurgency was not a problem having classified “Voiceless’’ another movie with insurgence theme; the board anticipated the backlash that could come from some of the original scenes. The Milkmaid story, however, depicts how insurgents hide under the guise of religion to perpetrate evil. But from what a film critic, Dika Ofoma observed in his review published on November 28, 2020 in The Continent titled ‘The Movie that’s too honest for Nigeria’s Censors’, not all of all Milkmaid’s raw unflinching portrayal of terrorism made it into cinemas.

The case of ‘Milkmaid’ movie raises the question of artistic freedom to imagine, create and distribute diverse cultural expressions without political interference, governmental censorship and pressures from non-state actors. According to the UNESCO Goodwill Ambassador for Artistic Freedom and Creativity, “the rights of artists to express themselves freely are under threat worldwide.” This is so especially where artistic expressions contest or critique political ideologies, religious beliefs and socio-cultural preferences. Artistic Freedom is protected under international law such as the United Nations 2005 Convention on the Protection and Promotion of Diversity of Cultural Expressions.

Meanwhile, THISDAY investigated how Milkmaid movie, directed by Desmond Ovbiagele qualified for the Oscar selection despite the closure of the NOSC portal for submission on November 2. Reliable sources from the NOSC referred to the new eligibility rules published on the official website for the 63rd Academy Awards which gave room for movies to be screened for seven days, not later than November 31, 2020. This new provision was made to accommodate movies that could not be screened during the closure of theatres and cinemas in adherence to the COVID-19 regulations in many parts of the world.

Also, the approval of movies rendered in pidgin English for this category necessitated the reopening of the portal on October 29, closing on November 2. In addition, the Academy Awards did not restrict the screening of the selected movies to its home country. Prior to the closing date for submission, ‘Milkmaid’ had been reportedly screened in Cameroon and Zimbabwe.