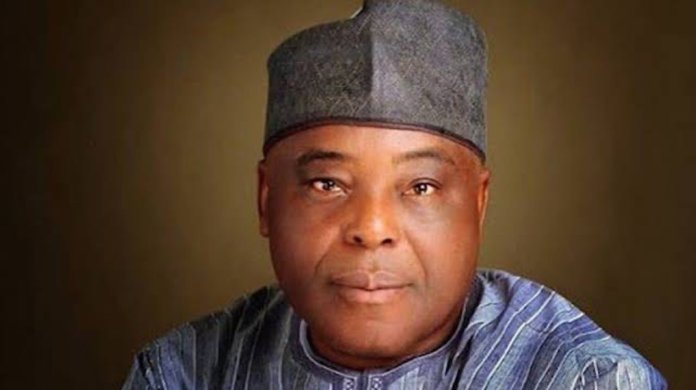 Mary Nnah writes that the recent birthday celebration of Raymond Dokpesi, a doyen of the private broadcast industry, provided an opportunity to reflect on media challenges from a global perspective

A handful of people from all walks of life recently converged on Lagos for the 12th edition of the Raymond Dokpesi Endurance Trek. The institutionalised endurance trek, which is in its 12th edition, was to identify with an enigma in private broadcasting Dr. Raymond Dokpesi.

This year, the focus was on the need for the media not to give up despite the numerous challenges faced. Themed

“Media Don’t Give Up”, the event, which is held every October 25, often starts with a trek to symbolically remind the nation and Africa of the uniqueness as seen in the transformation of the electronic media which came to being through the efforts of Dr Raymond Dokpesi, a business man who decided to deploy his resources to pioneering the volatile private electronic media practice in Nigeria.

The trek has become a novel activity in the articulation and promotion of private electronic media practice. But this year, the occasion was somewhat different. The current challenge in Lagos State and around some parts of the country, compelled the participants who turned out this year for the endurance trek not to trek but to sit down and reflect on the mood of the nation.

Speaking at the event, the Director General, Raymond Dokpesi Centre For Media Development, Dr Christopher Ebuetse, said, “The nation is in a mourning mood as a result of the series of deaths occasioned by the EndSARS protest hijacked by hoodlums.”

While deeply sympathising with the families of those who lost their loved ones, Ebuetse said, “This is a very challenging period in the annals of our history and we are hoping that a thorough investigation be made into the crisis and those found involved in the various killings across parts of the country be brought to book. We mourn with all Nigerians, these gruesome murders on our land should not have taken place in the first instance”.

Ebuetse who went further to reveal the theme “Media Don’t Give Up”, noted that the topic was picked long before the EndSARS protest started, adding that the organisation had circulated its invitations to well-meaning Nigerians to partake in the trek before the crisis.

He explained further that the theme was geared towards reflecting on the numerous challenges of the media from a global perspective.

The DG expressed further that the media has gone beyond sovereign boundaries to become a global phenomenon which is why whatever is happening in Africa, America, Britain and any part of the world, the media is at liberty to report it.

He noted however that the challenges in media practice are now a global concern, adding that, “the practitioners have to be exemplary and objectively proactive. Let me acknowledge that the media could be very challenging, while the people are waiting to be heard, the leaders on the other hand are seeking sympathy and not positivity in media representation.

“This is one of the challenges always faced by the media. The media reports in the eyes of the public are never seen to be balanced; they are also not seen in most cases as professional reports from the government’s points of view.

The citizens see that their roads are not motor-able, electricity is epileptic, there is unemployment, crisis and strikes in tertiary institutions, security challenges, inflation and corruption, how then should the media report these challenges without incurring the wrought of the government and the regulatory bodies?

“How can events and crises be reported for the media to have the confidence of its citizens? How can the media be free from threats and sanctions from regulatory bodies while carrying out legitimate duties? Could this be the practice in other civilized societies in the world? How can the media be constructive in reporting? We watch CNN, Aljazera, BBC and others, as an academia, a professional media practitioner; I am baffled by the huge challenges that confront the media practitioners and the media proprietors in Nigeria”, Ebuetse lamented.

He stressed that the media in this part of the world is in serious dilemma and is always being confronted with cohesiveness, sanctions over regulation and threats from the powers that be, “but must the media give up?” he queried.

“Media Don’t Give Up, as the flagship theme for the year, Ebuetse said was to encourage the Nigerian media because according to him, the media is important in the socio economic and political development of the nation.

“When there is peace and development, the media is at liberty to report it, when there is war and things are falling apart, the media is also at liberty to report it. The media should not give up even in the face of threats from the leaders and from the public. All of us present here represent the masses from all works of life. We implore you to understand the very critical challenges that befall the media personnel in the course of their legitimate duties. Most times the personnel are hounded down, seen as enemies of the people even from the environment they operate in”, he noted.

He said that any society where the media is muzzled is a dead society, adding, “the media should be encouraged by the government and the public not to give up. Any society that is vibrant must have effective media. The media is inalienable and also inevitably important in keeping the people informed through dynamic and effective reportage.”

The Raymond Dokpesi Centre For Media Development through the endurance trek, he said, is appealing to the public to stop the attack on media-men while their equipment and offices should be cherished and protected by citizens at all times.

“Here in Nigeria like any other part of the world, the media is the eye of the nation; it is the catalyst, energiser of a tranquilised environment. Poor communication, less information to the public and poor dialogue creates apathy, disagreements and crisis. But the media must not give up”, Ebuetse enthused.

Accolades for the Legend of Private Broadcasting

While revealing that the yearly event is usually used to commemorate Raymond Dokpesi’s birthday on every October 25, Ebuetse said, Dokpesi has come a long way in re-engineering of broadcasting.

“He is a legend and hero of private electronic media practice in Nigeria. He started it all and he went through challenges and I think the challenges are still there because of his greater visibility as the founder of the strongest media conglomerate. We celebrate him because he has transformed the landscape of broadcasting in the country, thus making a huge statement with it.

“Dokpesi established the first private electronics media in Nigeria, Raypower 100.5 FM. He did it at a time when people were afraid to venture into it because of the draconian nature of the military. So we will continue to celebrate his great success and also remind ourselves that someone made a huge sacrifice not minding his life”, he added.

Thus, the trek was to promote peace, equality, security, national development and economic advancement of the nation and the organisation has in the past five years used the Endurance Trek to demand from the federal government to declare October 25 as the day of private broadcasting in Nigeria.