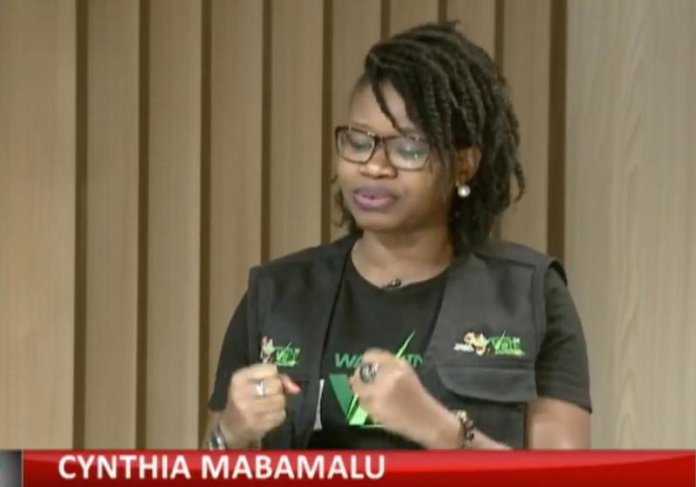 Nseobong Okon-Ekong presents the outcome of monitoring the recent national by-elections conducted by frontline free and fair advocates, Yiaga Africa and certified by its Director of Programmes, Cynthia Mbamalu

Yiaga Africa deployed twenty-eight (28) duly trained and accredited Watching the Vote (WTV) roving observers to observe the conduct of the bye-elections in the respective polling units and LGAs in five (5) (Imo, Plateau, Cross River, Lagos, and Zamfara States) of the eleven (11) states where the elections were conducted. The 28 roving observers visited a minimum of 5 polling units each and reported on the conduct of the process. The WTV observers observed the entire Election Day process from the polling units’ setup, accreditation, voting, announcement, and posting of the official results. Yiaga Africa did not deploy the Parallel Votes Tabulation (PVT) Methodology for the observation of the bye-elections.

As predicted in the Yiaga Africa Pre-election statement, the bye-election witnessed low voter turnout across the LGA’s where the elections were conducted. While the bye-elections were relatively peaceful, the desperation of political actors escalated with a series of efforts to manipulate the process via all means possible. Yiaga Africa’s WTV Data Centre received reports of the kidnapping of INEC officials, destruction of voting materials and snatching of election results to truncate the process. Notably was the Election Day violence observed in Bakura LGA, in Zamfara State. Similarly, the hydra-headed menace of vote-buying again reared its ugly head at the just concluded bye-elections in some senatorial and state constituencies.

On the general conduct of the election, Yiaga Africa’s WTV observers reported minor logistics challenges in some polling units and relative non-compliance with some public health guidelines with respect to COVID-19. The Independent National Electoral Commission consolidated on its success in Edo and Ondo elections by ensuring the use of the Smart Card readers and the Z-Pad technologies for accreditation of voters and upload of polling unit results sheet respectively.

*Transparency of Election Results Management Process: Consistent with our observation from the Edo and Ondo governorship elections, INEC has employed technology to increase transparency and accountability of the results management process. Across most of the polling units observed, polling officials transmitted the polling unit level result to the INEC results viewing portal. As at the close of polls, more than 60 per cent of the polling unit level results were uploaded on the online platform (IReV) across the states that WTV observers were deployed.

*Low Voter Turnout: As predicted in Yiaga Africa pre-election statement, turnout for the bye-elections were abysmally low due to poor voter engagement, fear of violence and loss of interest. While it is becoming a trend to have lower turnout during legislative elections, the experience of the December 5th bye-election calls for deeper introspection by political parties who will rather deploy money to buy votes than deliver on campaign promises and invest in civic and voter education.

*Non-Compliance with COVID-19 Election Guidelines: Yiaga Africa observed flagrant violation of health guidelines during the bye-election. INEC took some precautionary measures to comply with COVID-19 health guidelines by providing Personal Protective Equipment (PPE) like face masks, hand gloves, thermometer for temperature checks, use of hand sanitizers and the use of methylated spirit to disinfect the smart card reader before usage by voters at all observed polling units. The Commission experienced difficulty in enforcing wearing of face masks /covering and physical distance between voters despite attempts to maintain the two (2) queues.

● Party Agents Deployment: APC and PDP agents were deployed in majority of the polling units observed. While the party agents for ADC and NNPP were seen in a few polling units.

● Posting of Polling Unit Result Form EC 60E: polling unit level results were posted for the public to see across majority of the polling units observed by the WTV observers.

*Assault on the Secrecy of the Ballot: Some voters showed how they marked their ballots while casting their votes in Umunkwo Community School, Umuenyi 007 in ward 2. This incident also happened in Amaraku Secondary School PU 003 in Ward 1 in Isiala Mbano LGA, Imo state.

*Interference by Party Agents: Yiaga Africa received a report of physical interference by polling agents of major political parties in polling unit 003, ward 1, Isiala Mbano LGA, Imo state where agents were trying to force a voter to vote for a particular candidate.

Recommendations
For the National Assembly
*Accelerate the consideration and passage of electoral amendment bills to confer legality on innovations such as electronic accreditation and electronic transmission of results. The passage of an Electoral Offences Commission bill is long overdue.

For INEC
2. INEC should take proactive steps to ensure full-scale deployment of technology in subsequent elections. In addition, INEC should ensure effective training of polling officials especially on the use of new technological tools used for elections.

*INEC should hold security agencies to account for failing to protect INEC officials against thugs and polling agents involved in violence and disruption of the election. review its engagement with security agencies and other stakeholders

*INEC should continue to review its voting processes to allow voters to cast ballots without interference and intimidation.

*INEC should develop better strategies in enforcing physical distancing and adherence to health guidelines during elections.

For Security agencies
*Vote buying is a criminal act and an affront on the democratic rights of citizens to freely express their choice. The security agencies, Economic and Financial Crimes Commission (EFCC) and the Independent Corrupt Practices and other Related Offences Commission (ICPC) should investigate reported incidents of vote buying and ensure appropriate sanctions for offenders.

*Security agents must be proactive in preventing electoral malfeasance like ballot box snatching, harassment and intimidation on election day.

For Political Parties:
*Invest more in voter education and mobilization and refrain from vote buying and resorting to violence in elections. Elections should be about the people and debate of policies that will ensure inclusive growth and development.

Conclusion
Yiaga Africa commends the voters who came out to vote in all the polling units in the respective LGA’s in the 11 states were the bye-elections were conducted. Despite attempts to disrupt the process by some political thugs, voters remained peaceful during the voting and counting process. Yiaga Africa commends INEC for the efforts to maintain consistency in the deployment of technology in elections in Nigeria and calls on INEC to ensure proper reviews and updates required to ensure full biometric accreditation of voters before the next rounds of elections.

The just-concluded bye-elections into 15 Senatorial and State Constituencies has yet again reignited the need to prioritize electoral reforms to tackle some challenges bedevilling Nigeria’s election especially the need to ensure adequate prosecution of electoral offenders. In addition, electoral reforms will provide legal authority to INEC to further consolidate on the recent innovations introduced to improve the process while also strengthening INEC’s independence. Achieving electoral reforms to fix our elections and ensure an electoral process that inspires citizens confidence will require broad-based support, stakeholder’s collaboration and political will by the political class.

Yiaga Africa sincerely appreciates and commends all our 28 WTV observers who worked tediously to observe the process and provide accurate information in Cross-River, Imo, Lagos, Plateau and Zamfara states.