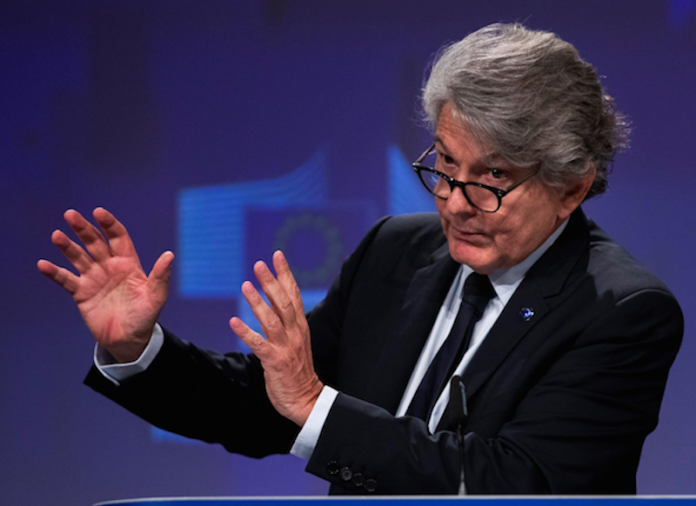 Tech giants which control access and data to their platforms could be fined up to 10 per cent of their annual turnover for violating rules aimed at curbing their power, a person familiar with the matter said on Monday.

The proposed rules, to be announced by EU Digital Chief, Thierry Breton and EU antitrust czar, Margrethe Vestager today, according to Reuters, are likely to affect Amazon.com, Apple, Facebook and Alphabet unit Google.

The rules, known as the Digital Markets Act, set out a list of dos and don’ts for online gatekeepers to ensure a level playing field for rivals and users.

That could include requiring dominant companies to share certain kinds of data with rivals and regulators, while practices such as companies favouring their own services could be outlawed.
Breton has previously said gatekeepers can be ordered to change their practices or even be forced to break up their European businesses for repeated breaches of the rules.

The criteria for classifying which companies are gatekeepers are likely to be the number of users, either individual or business users on a pan-European level, a company’s presence in at least two business sectors and revenues, other sources have told Reuters.

The draft rules, which will need feedback from EU countries and the European Parliament, can still be modified before they are presented on Tuesday.