This article by Chinyere Obia discusses the issue of the clogging up of the dockets of the Court of Appeal, and indeed, most other courts ranging from the Magistracy to the Supreme Court, as a result of litigants filing incomplete processes by not going further than filing a notice of appeal, or Judges being elevated to higher courts, making use of case law to buttress these points

The Court of Appeal is unhappy. Its unhappiness stems from the inability to dispense justice in several cases clogging its dockets, over the years. As a result, it has just set up seven special Panels to decongest the backlog of appeals in the court.

The President of the Court, Justice Monica Dongban-Mensem, said the special Panels would sit in two sessions daily for three days, to dispose off over 100 motions. This has become necessary in view of lingering appeals, which Justice Dongban-Mensem described as the unwillingness of some litigants who go into deep slumber, without filing complete processes.

“The Court of Appeal cannot be used as a tool in the hands of these litigants who go into a deep slumber. All notices of appeal filed without being followed with other processes to ensure quick prosecution and disposal of the appeal, should be shown the way out. We have sufficient provisions in our rules, which are backed by constitutional provision for the disposal of matters in court”, she said.

The Court of Appeal is not alone in this ordeal. All levels of courts ranging from the Magistracy to the Supreme Court, face similar challenges for both civil and criminal matters. However, the most worrisome is the High Courts, where majority of the trials emanate. Trials linger endlessly at the court of first instance, before judgement is obtained. In some cases, disputed decisions on interlocutory applications migrate up to the Apex Court, while the substantial matter is pending at the lower courts.

ACJA and the Udeogu Jones Case

Ironically, the mischief, which the Administration of Criminal Justice Act (ACJA), 2015 intended to cure by ensuring that cases are dispensed faster, is now endangered. Earlier this year, the Supreme Court in the case of Udeogu Jones v Federal Republic of Nigeria (FRN) & Ors, voided Section 396(7) of the Act and described it as unconstitutional. Section 396(7) of the ACJA, was enacted to ensure trials are not restarted when Judges are elevated. It empowers Judges elevated to an appellate court, to conclude any matter being heard by them as of the time of the elevation. The implication of this decision by the Apex Court is the retrial, for instance, of previously convicted Defendants in the corruption case of former Governor of Abia State, Senator Orji Uzor Kalu, his firms and Udeogu Jones were ordered, after over five years of prosecution.

Worried by this development, President Muhammadu Buhari, during the first virtual general conference of the Nigerian Bar Association (NBA) held in August, canvassed a time frame within which to dispose of all criminal matters as obtainable in election petition cases.

The President said: “I believe we need to step forward, and resolve some of the emerging problems of our system of administration of justice. Reform is urgent, because the fabric of our society is stitched together by our system of justice and law enforcement.

“We cannot afford to have the stitches come undone. The first issue I would like to commend to your consideration, is the terribly slow pace of trial in our courts. I’m not a Lawyer, but I have been a beneficiary of the judicial process.”

The President, who spoke through his Vice, Prof. Yemi Osinbajo, SAN, lamented the times he spent at the election tribunals, trying to challenge the electoral victory of his opponents. He expressed happiness that the law has changed, to limit the time frame for electoral matters to eight months. He wondered why a time limit is not applied to other cases, as it is done in election petitions. “Why can’t we put in place, rules that would say that a criminal matter all the way to the Supreme Court must not exceed 12 months in duration? Why can’t we do the same for civil cases? Even if we say that civil cases must not go beyond between 12 and 15 months, I think that for me, would be stepping forward”, he declared in reference to the theme of the conference, which was “step forward.”

According to him, in the context of a competitive global economy, the speed of legal processes must match up with the global pace of transactions. Inability to match up, he noted, has a negative implication on the country’s efforts to promote the ease of doing business and position Nigeria as the favoured investment destination.

In Federal High Court, Lagos, so many criminal cases have continued to suffer setbacks for various reasons. The most bizarre are charges, where the accused are yet to surface in court to take their plea one year after. A case in point is that of the FRN v Kenneth Ndubuisi Amadi & IDID Nigeria Limited. Slammed with five counts bordering on a N2.9 billion alleged fraud, forgery, suppression of data and conversion without authority in October 2, 2019, the Defendants are yet to come to court to take their plea. And there has not been any consequence for this, not even an effective bench warrant against the Defendants, who are obviously evading arraignment.

Count one of the charge reads: “That you, Kenneth Ndubuisi Amadi, male, Adult of No 31A, Providence Street, Lekki Phase 1, Lagos and IDID Nigeria Limited of No. 26 Osisiogu Crescent, Utako, Abuja sometime in 2016 at Lagos, within the jurisdiction of this honourable court did obtain by false pretence and with intent to defraud, the sum of Two Billion, Nine Hundred Million Naira (2,9000,000,000) belonging to EUNISELL LTD from A-Z Petroleum LTD and AMMASCO International Limited and you hereby committed an offence contrary to Section 1(1)(a) of the Advanced Free Fraud and other fraud related offences Act, Cap.A6, Laws of the Federation of Nigeria, 2004 and punishable under section 1(3) of the same Act”.

Such unresolved criminal matters make complainants and in fact, the general public lose faith in the system. Little wonder why many prefer to go the wrong way, which is self-help in trying to get justice. And cases of this nature, abound in our judicial system.

While some are scorning the courts by avoiding arraignments as far as they can without consequences, others who present themselves for trial seem to embark on endless ventures. Some times, the Defendants and their Lawyers employ delay tactics; some other times, the defence is not just ready or the court is choked with other issues such as transfers, retirements or elevation of a Judge that slow down the pace of proceedings and make them linger for years.

In FRN v Patrick Ziadeke Akpobolokemi & Ors, trial started before Justice Ibrahim Buba who was sitting in Lagos in March 2016, but the Judge was transferred from Lagos to Enugu State in 2018. Justice Ayokunle Faji took over the case, which is still ongoing to date.

The Economic and Financial Crimes Commission (EFCC) charged Akpobolokemi, a former Nigerian Maritime Administration Safety Agency (NIMASA) boss and others to court on allegations of N22.7 billion fraud. The Defendants were accused of converting over N22.7 billion stolen from NIMASA to their personal use, between December 12, 2014 and April 10, 2015.

Trial in FRN v Baba Jauro & Ors started in 2016 and concluded before Justice Mojisola Olatoregun sitting in Lagos. But, at the stage to adopt the final written addresses after prosecution had called 16 witnesses and defence called five, the trial Judge proceeded on retirement in November 2019. As a result, fresh arraignment took place before Justice Chuka Obiozor on November 10, 2020 after four years of fruitless trial before Justice Olatoregun. Jauro was also a former NIMASA boss, who succeeded Akpobolokemi on an interim basis. He was charged by EFCC too.

The story is the same in the matter between the FRN v Air Vice Marshal Adesola Amosun & Ors. The trial started in 2016 before Justice Mohammed Idris who was elevated to the court of Appeal in 2018. Consequently, the trial started afresh before Justice Chukwujekwu Aneke to date. Amosun, a former chief of Air Staff was charged to court by EFCC. He and his co-accused are facing trial for alleged diversion of N21.4billion budgeted for security operations.

Also, the matter between FRN v Femi Fani Kayode, Nenadi Usman & Ors, which started in 2017, is still unresolved. The trial started before Justice Muslim Hassan in 2017, but later reassigned to Justice Rilwan Aikawa, following objections raised by Fani-Kayode to the effect that Justice Hassan had once been a staff of EFCC as the Head of Legal Unit, who signed the charge, which the agency preferred against him when he was tried before Justice Rita Ofili-Ajumogobia. The trial is still ongoing.

Another interesting case, which has lingered is that of the former Speaker of the Lagos State House of Assembly, Adeyemi Ikuforiji.mAlongside one of his aides, the former Speaker’s trial started in 2012 before Justice Ibrahim Buba sitting in Lagos. The Judge later discharged the Defendants in 2014, following their “no case submission” application after the prosecution had closed its case. Dissatisfied with the development, the EFCC appealed against Justice Buba’s ruling up to the Supreme Court and the Apex Court reversed the ruling in November 2018, and directed that the case be taken to another Judge of the High Court. Consequently, the trial started afresh before Justice Mohammed Liman in 2020, and is still on.

Unless a drastic and comprehensive reform of the system is urgently done, Nigeria’s criminal justice system will continue to drag, no matter how hard the jurists try to clear their dockets. 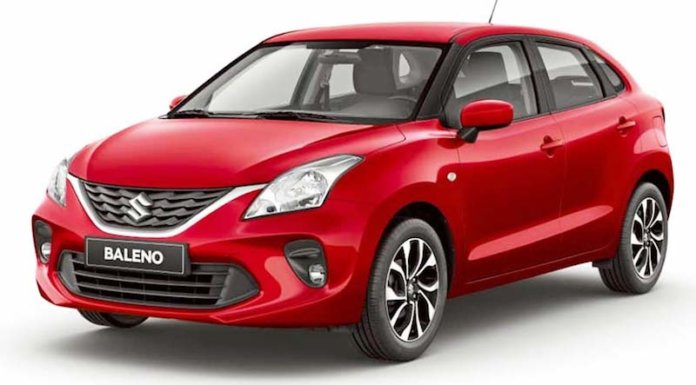