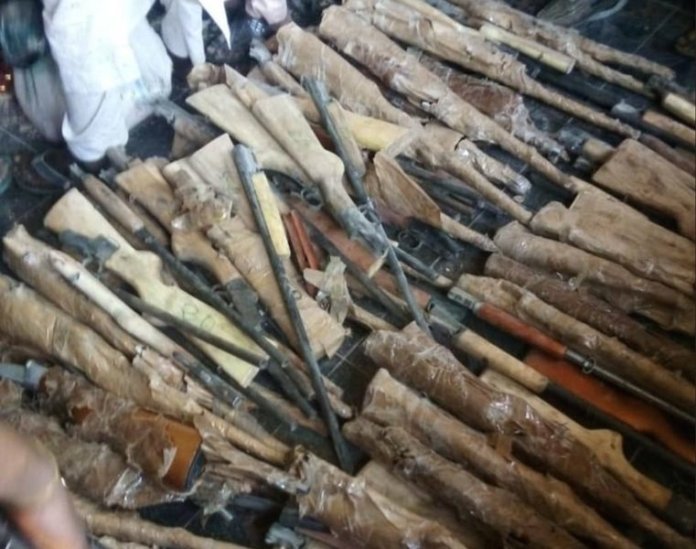 In a tweet yesterday, the service said the arms and ammunition were concealed in a truck conveying locally produced rice.

It said the contrabands were seized after some of its officers on patrol searched the truck. It did not say what day the items were seized.

Three people have so far been arrested in connection to the illegal transportation of the contrabands, the service said.

“Officers of Nigeria Customs Service Federal operation unit zone B, on information patrol along Yauri, Zamare water side in Kebbi State, intercepted a truck loaded with locally produced rice with some sacks concealed under the rice,” the service tweeted.

“Upon careful examination the bags were found to contain 73 locally manufactured guns and 891 cartridges.

“Three were immediately arrested and are being detained while preliminary investigation is ongoing.”

There has been a spike in the activities of bandits in the region, particularly in Zamfara.