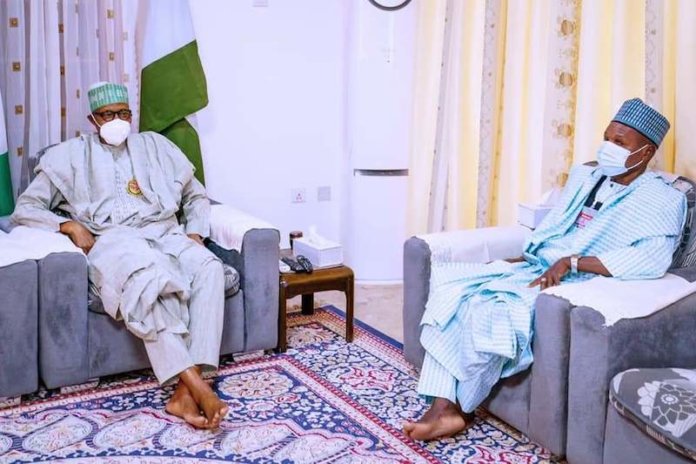 Making this disclosure in a statement, Senior Special Assistant to the President on Media and Publicity, Malam Garba Shehu, said Katsina State Governor Aminu Bello Masari told President Muhammadu Buhari Monday that steady progress was being made to bring out the pupils unharmed.

Shehu quoted Masari as saying, “We are making progress and the outlook is positive,” after holding an hour meeting with Buhari.

The statement said the governor, who was accompanied by his deputy, Manir Yakubu, said aside establishing contact, discussions with the kidnappers centre on the safe return of the pupils to their various homes.

It also said Masari disclosed that security agencies had located the position of the children.

It added that the governor told journalists after the meeting that the president was fully committed to the rescue of the school children, saying he had visited Buhari and gave him more details of the rescue efforts.
Kidnappers had stormed the boarding school at the weekend, wielding AK-47 rifles and kidnapped hundreds of the boys.
While Masari said 333 of 800 students were kidnapped, a report by a national daily on Monday said the school register showed that 668 students were actually missing after the incident.