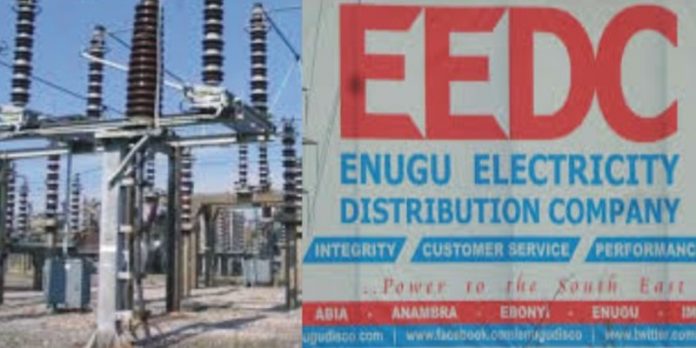 A total of eight suspected vandals were apprehended for attacking EEDC installations between October and November, 2020.
Owing to this, the company has called on her customers to be more vigilant during this yuletide to avoid being subjected to darkness.

Head of Corporate Communications, EEDC, Mr. Emeka Ezeh, in a statement, appealed to members of the public to be more vigilant and safeguard the power installations serving them from vandals, especially as we enter the yuletide.

This is coming on the heels of reports of vandalism of transformers from some locations within EEDC’s network. However, Ezeh said the company has started recording reduced cases of vandalism which it has been working at sustaining, “but as we move into the Christmas and New Year seasons, it is pertinent that our customers are vigilant, to avoid being subjected to untold hardship by these vandals”.

“We are beginning to receive reports on new cases of vandalism in our network and we do not want this to escalate. That is why we call on various stakeholders to work towards securing these facilities serving them,” he added.

He alleged that Chizaram Samuel and Okechukwu Nwaeze, both from Umuokorokwu of Aba District, together with a buyer identified as Yaya Mohammed were arrested by the youths of Umuokorokwu community for vandalising a 500KVA transformer belonging to EEDC.

“At Umuagu Village in Nnobi, Anambra State, a suspect identified as Nwalieoba along with his accomplice identified as Ikenna Enyinnaya were arrested by men of Umuagu Village Nnobi Vigilante Team while attempting to vandalize Umuagu 2 transformer. Items recovered from them include spanners, pliers and jack knife.

“Also, in Nimo community, Anambra State, vigilante group apprehended one Ebuka Efuba while vandalising a transformer located at Awada Area of Nimo.
“Okwuchukwu Okonkwo, a native of Umueze village in Ihiala Local Government Area of Anambra State was arrested by the vigilante team at the boundary of Umueze/Awka village in Ihiala, for vandalizing NIPP Aluminum cable measuring about three spans of 100mm2,” he further alleged.