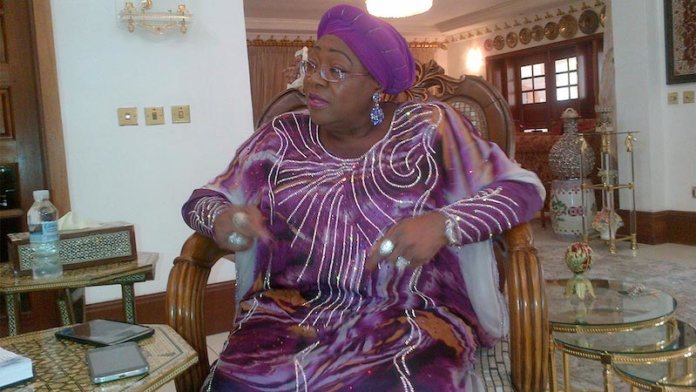 Certificate scandals are fun in Nigeria. Remember disgraced Nigeria’s finance minister, Kemi Adeosun? But there’s a running story of one of Nigeria’s so-called Amazons, Ndi Okereke-Onyiuke. In 2011, the United States Securities and Exchange Commission had sent a request to the City University of New York’s Graduate School asking to know if the former Director General of the Nigerian Stock Exchange, Okereke-Onyiuke, had a PhD.

The response of the school’s Director of Student Services and Senior Registrar of CUNY’s Graduate School, Vincent De Luca, was startling.

The statement of the school obtained from the website quoted De Luca as saying, “On January 18, 2011, I caused a search to be conducted of our student records (including graduation records) at The Graduate Center, at the request of the United States Securities and Exchange Commission, to determine if Ms. Ndi Okereke–Onyiuke was ever enrolled in the PhD programme in Business and if she received a PhD in Business at The Graduate Centre.

That the former NSE boss earned a first-class honours degree in Business Administration, Computer Science and Economics, from Baruch College of the City College of the City, University of New York in 1975, is also said to be contestable – as the institution was said to be non-existent at least in the US.

Could her professorship too be suspect? Not a few think so as they accused UNN of underhanded procedure. Madam, it’s time to speak up.