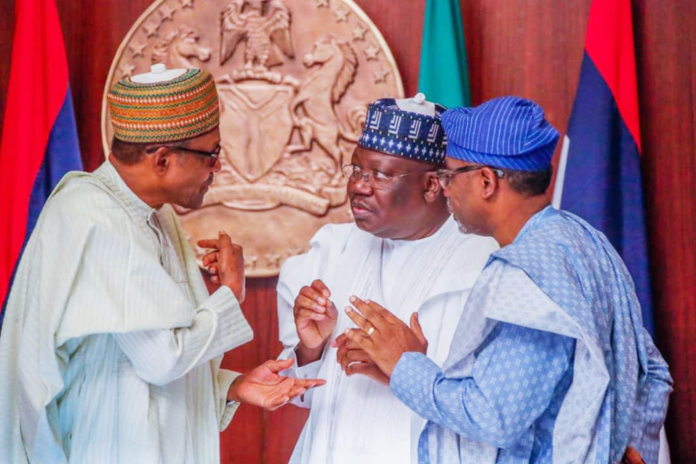 Was President Muhamadu Buhari right to have shunned an invitation by the House of Representatives? Tobi Soniyi asks

The controversy over whether the National Assembly could summon the president to appear before it did not start today. In 2018, when President Muhammadu Buhari, without authorisation of the National Assembly, paid $496,000,000 for the purchase of military aircraft he was summoned by the Senate under the leadership of Bukola Saraki.

He didn’t honour the invitation. One of Nigerian experts in constitutional laws, Prof. Ben Nwabueze (SAN), argued then that as the Head of State, the Senate could not summon the president. However, many did not share his views.

Again, the Attorney General of the Federation and Minister for Justice, Abubakar Malami (SAN) has given a different reason why the House of Representatives could not summon the president to appear before it. Human rights lawyers, Femi Falana and Mike Ozekhome, both Senior Advocates of Nigeria, however, disagreed with the AGF.

As rightly stated by Falana, by the combined effect of sections 88 and 89 of the Constitution, the National Assembly is empowered to summon any public officer including the President in the course of conducting investigation into any matter with respect to which it has power to make laws and the conduct of affairs of any person, authority, ministry or government department charged, or intended to be charged, with the duty of or responsibility for executing or administering laws enacted by the National Assembly.

He argues: “It is pertinent to note that the powers conferred on the National Assembly under the provisions of this section are exercisable only for the purpose of enabling it to make laws with respect to any matter within its legislative competence and to correct any defects in existing laws; and expose corruption, inefficiency or waste in the execution or administration of funds appropriated by it.”

No one has argued that the House’s summon to the president was in respect of any of the issues raised above. While it is obvious that the House might not have done its groundwork thoroughly before inviting the president, the public outcry against insecurity in the country demanded that the leadership put legalese aside to address the challenge.

As both sides continue to argue the legality of the summon, those living in Borno and other Northern parts of Nigeria continue to live under great trepidation, not knowing when the blood thirsty Boko Haram insurgents could come for them. Elsewhere, kidnappers and bandits are on rampage carrying on as if there was no government in place to secure lives and properties.

For many Nigerians, the issue is beyond the constitutionality or otherwise of summon issued by the House of Representatives. Rather, the issue is whether Buhari, given the dire security situation of the country, does not owe the nation an explanation? Many are of the view that he does. In fact, many say he needs to address the whole nation on security and not just the House or the National Assembly. It is difficult to disagree.

First, many voters supported the president, because they thought he would do a better job securing the country. Buhari came to power with a promise to rescue the kidnapped Chibok Secondary School girls and defeat Boko Haram. He did neither of this. Except for his ministers, Nigerians unanimously agree that the country was more secure under former president Goodluck Jonathan than under Buhari. That is considered a shame for a president, who rose to the rank of general in the Nigerian Army before becoming a civilian president.

Second, it is strange that President Buhari, who is not known for obeying orders of court, would now hide under vague constitutional provisions to refuse to appear before the House of Representatives to answer questions on how and why over 43 rice farmers were slaughtered by Boko Haram under his watch.

Third, the first responsibility of government in a democratic society is to protect and safeguard the lives of its citizens. Having failed to uphold this responsibility, it is in public interest for the president to take advantage of every opportunity to allay the public’s fear on security.

In case no one has explained it to the president, there is a clear correlation between insecurity and the economic downturn the country is grappling with. It will be difficult to lift Nigeria out of the downturn without first addressing the security challenge. This is another reason the president must put aside his ego and honour the invitation to appear before the House.

It is also sad that while citizens are killed daily, the justice minister sits in the comfort of his office maintained by taxpayers, arguing that the elected representatives of the people could not on behalf of the electorate ask the president to share with them the challenges he is having with securing the nation.

Why Malami and other advisers, who have been advising the president against the people could be excused, the president should know that the buck stops at his table.

In future, the blame for the country’s failure during the administration of Buhari would rest squarely on PMB and not on his retinue of advisers and ministers. History will not be kind to the president. This is another reason the president should make himself available to any group or individuals willing to help with the security challenge in the country.