Amnesty International has urged the International Criminal Court (ICC) to immediately open a full investigation into atrocities committed during the conflict in Northeast Nigeria.
While welcoming the ICC report which said that both Nigerian military and Boko Haram committed war crimes, Amnesty International said the ICC finding was a milestone decision, which brought its longstanding call for justice for victims a step closer.

The ICC Office of the Prosecutor announced Friday that it was concluding a decade-long preliminary investigation into crimes against humanity and war crimes allegedly committed by Boko Haram and Nigerian security forces.
AI in a statement by Media Manager, Amnesty International Nigeria, Isa Sanusi said the ICC’s finding had finally paved the way for a full-blown investigation to begin.

“After years of calling on the ICC Prosecutor to open a full investigation, this is the first meaningful step towards justice that we have seen for victims of atrocious crimes committed by all parties to the conflict in Northeast Nigeria,” said Netsanet Belay, Amnesty International’s Director of Research and Advocacy

He said: “This is an important milestone, but it must be followed with immediate action to open a full investigation. For the victims of war crimes and potential crimes against humanity to see justice, it’s crucial that the Prosecutor swiftly begin an effective and well-resourced investigation.”

The ICC’s preliminary examination, started in 2010, concludes that both Boko Haram and the Nigerian military have committed crimes against humanity and war crimes, and that the Nigerian government has failed in its obligations to hold those responsible to account, echoing the findings of numerous Amnesty International reports over the years.

With no genuine domestic investigations, the Prosecutor can only conclude that a full ICC investigation is needed.
“Victims have already waited a decade for justice. The Office of the Prosecutor must now move swiftly to seek the judicial authority needed to initiate the full investigation; further delays will only serve to frustrate victims and run the risk of evidence and witness testimony being lost forever,” said Belay.

Amnesty however, noted that the Office of the Prosecutor faced serious resource constraints to investigating and prosecuting new situations and cases, but said this must not be used as an excuse to further delay justice.
It said: “States parties to the ICC must ensure the Office of the Prosecutor has the resources needed to conduct its investigations.

“Nigerian authorities still have an obligation to conduct genuine investigations into allegations of war crimes and crimes against humanity, including by its own military. But to date they have done everything in their power to avoid independent and effective investigations.”

Amnesty called on ICC states parties to ensure any investigation in Nigeria is adequately resourced.
The ICC Office of the Prosecutor announced a preliminary examination into the situation in Nigeria on 18 November 2010.
Last Friday the Office of the Prosecutor announced that it had decided to close the preliminary examination, on the basis that there was sufficient reason to conclude that both Boko Haram and the Nigerian military have committed crimes against humanity and war crimes, and that the Nigerian government has failed in its obligations to hold those responsible to account.

The Prosecutor now needs to submit a request to ICC judges who will decide whether or not the Prosecutor may proceed with the opening of a formal investigation.
The preliminary examination focussed on alleged crimes under international law committed in the Niger Delta, the Middle-Belt States and in the context of armed conflict between Boko Haram and Nigerian security forces, including the crimes against humanity of murder and persecution, and multiple war crimes. In recent years, the preliminary examination also focussed on the existence and genuineness of national proceedings in relation to these crimes.

For almost a decade, Amnesty International has repeatedly documented crimes under international law and other serious violations of international human rights and humanitarian law in Northeast Nigeria.

In 2018, the Amnesty International report ‘Willingly Unable’ demonstrated that Nigerian authorities were not taking any genuine step towards investigating and prosecuting crimes by Boko Haram or the Nigerian security forces and called the ICC Prosecutor to request the opening of a full investigation.

The ongoing armed conflict in the Northeast continues to have a dire impact on civilians, as documented in recent Amnesty International reports on the atrocities and violations suffered by children and older people. Both reports directly called on the ICC to move from a preliminary examination to a full investigation. 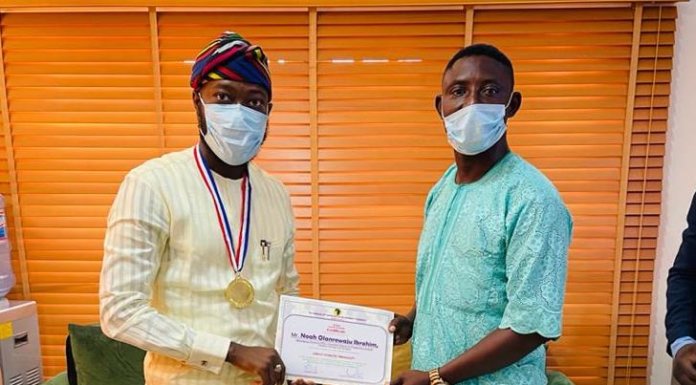