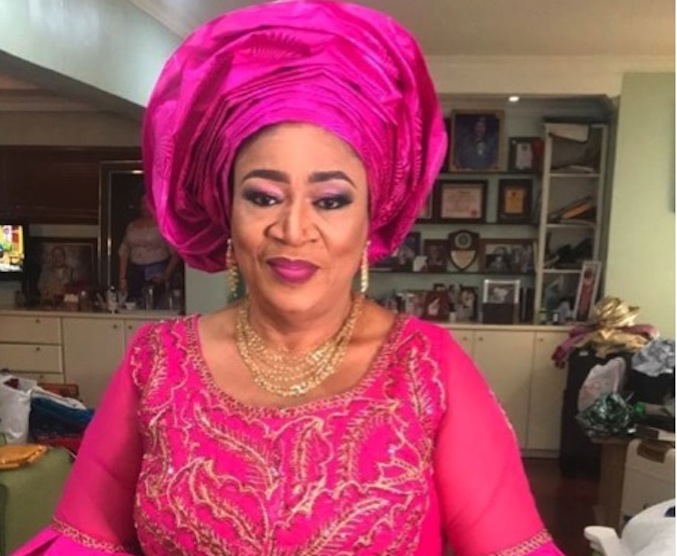 Today, I finally summoned the courage to overcome the mind riddling and sad event that occurred on Tuesday, the 27th of October, 2020. The demise of our beloved sister, Mrs Chinwe Ngonadi.

Certainly, death is inevitable! Every living soul has its death coupon already issued depending on when, where and how. But it is most certain that we will all embark on that eternal journey someday. In spite of this, we still grieve when we lose our beloved ones, particularly, those that were too dear to us.

It’s difficult for me to hold back my tears that drifts down my face as I’m writing this piece with my heart fiery from the innermost, telling me that, from now on, we will spend the rest of our lives here on earth without our loving, caring, and encouraging sister. It’s really an irreparable loss which has created a vacuum that cannot be filled.

Abiggy-Biggy, as I fondly call you, I am just wondering where else we can get the heartfelt love and care you lavished on us? Who else will always make sure I have my banana and groundnut anytime I’m in Ojoto? Who else will be there to always call me “Agu nnia?” It’s really sad how you left us without saying goodbye. It’s hard to live knowing that you are not coming back….Anyway, we take solace in the fact that you lived a good life. A life that we are all proud of.

My dear sister, it’s very difficult to say goodbye but we will always have a special place in our hearts for you. You will be missed dearly.

As a true Christian and singer
She was a woman of simplicity, nobility and gentility, an ardent listener, then a singer, the combination of which established her as a true Christian. While her singing prowess delighted her audience, her gentle and kind nature won people’s hearts.

Big Chy’s simplicity came from a synthesis of experience and wisdom; yet she was down to earth and had respect for everyone, regardless of their age or experience. She was unpretentious and charming, self-effacing yet dignified, exuding an air of calm and confidence that always drew people to her.

Her unique singing style and indeed many of her compositions are proof of her musical prowess. The dexterity with which she composed a handful of songs kept us wanting more. She had the stamina and adroitness of a brilliant composer who could do much more.
She gave every songs a rare freshness in the lyrics, vibrancy in the tune and composition which she enriched with the beauty of her voice.
Listening to one of the hymns, “Ii is well with my soul” which she sang at the service of songs for late Barr. Chizoba, gave me some relief knowing that she was always a happy woman, it is well.

As a great personality
Nothing breaks our hearts more than having a world (or home) that no longer has you in it. You weren’t one in a million but just you, and it was an honour to have shared this life with you because you are a success, who has lived well, laughed often, and loved much, who has gained the respect of intelligent men and women and the love of children, who has filled her niche and accomplished her task. Who left the world better than she found it, who has never lacked appreciation of earth’s beauty or failed to express it, who looked for the best in others and gave the best she had.
You’ve been the source of progress, cheerfulness, courage to many, and a strong pillar upon which they rest. You were a rare gem!

As an officer
On this occasion of my beloved sister’s death, let me take the honor of remembering her for her peerless performance during her years in the Nigeria Customs Service. She was a very dedicated and diligent member of our Custom service, whose efficiency is unsurpassed and her absence was greatly felt by all.

She was not just an officer but a very valuable asset to our nation. Under her leadership and guidance, many young minds bloomed and she showed them the way to success. Projects and tasks were made simpler whenever she had taken the lead. Very rarely do we get to see a person like her with a unique combination of vision, apprehension and fairness. With her hard work and enthusiasm she took many of her colleagues to new heights of success and because of her amicable nature, she developed friendships in these years.

On several occasion, she had gone out of her way to assist/render help to many persons who were faced with one difficulty or the other in clearing their goods. I happened to be one of the greatest beneficiaries of this kind gesture and that was a huge plus to my business growth.

She was an inspiring mentor to many and was also truly a rare gem who was missed by her colleagues and others after her retirement. May her soul rest in peace.

As a philanthropist
As I try to write this short tribute honoring the life of a woman who has rendered tremendous service to humanity, I’m still in absolute disbelief and pain over her untimely death.
Her unassuming, warm and laconic style belied the powerful drive and intelligence which brought her success in many fields.

Her philanthropy was imbued with her personal values, and the deep commitment to social wellbeing and justice which could be seen in the different social, political and religious aspects of her life. She acknowledged the powerful influence of faith and charity in her own development as a philanthropist, and this she exemplified by her ardent belief that as members of society, we have responsibilities to each other. A core value that was drummed into me in all the years that I have come to know her. It is one which has continued to motivate me through my career as a humanitarian and as a philanthropist too.

There is no single soul connected to “Big Chi” that has not benefitted from her goodwill gesture and wealth, either directly or indirectly, far and near. Evidence of these humanitarian instincts coming together can be seen in her work; donations to the motherless babies and “Umu-ada” Ojoto, her usual children’s party and women empowerment of every December, to mention but a few.
Her extraordinary ability and entrepreneurialism combined with her generosity, compassion and persona made her a very special humanitarian, and we will miss her greatly.