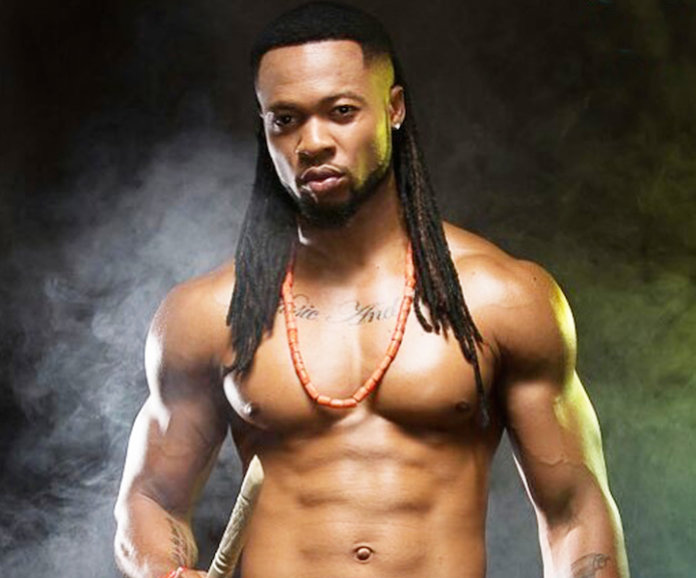 Flavour N’abania’s 7th studio album, ‘Flavour of Africa’ is now on the shelve, with the video of ‘Looking Nyansh’, a track from this body of work causing commotion, writes Ferdinand Ekechukwu

Released under Flavour’s 2Nite Entertainment and OneRPM, the much awaited Flavour of Africa is just in time for December. For months, fans eagerly awaited the release of this record which features a number of guest artiste like Fally Ipupa, Tekno, Phyno, Biggie Igba, Beenie Man, Waga G & Larry Gaga, also has the star act of “Odumeje – The Liquid Metal”. The Album opens with the title track which introduces him as the Flavour, Spice of Africa before proceeding to share that a good wife is a gift of favour/blessings obtained from the Lord.

On the second track Flavour talks about the essence of having a Good Woman and taking proper care of her, holding her tight without losing God’s blessings. Noting women are confident and can risk their all for the ones they love and whoever cherishes them. This album comprises of the Afrobeats; R’n’B, Highlife, Afropop and contemporary jazz sound which defines his brand of music. The album production credits goes to Masterkraft, Selebobo, Spax, Marvio, DJ Tunez and others. Flavour who sings fluently in his Igbo tongue switches between English and Yoruba, another native dialect on this music project.

Real name Chinedu Okoli, Flavour has grown to be immensely popular and enjoys huge fan base as he has not been disappointing when it comes to dropping hit albums and singles. The multi-instrumentalist once noted: “As a musician, I’ve transformed, evolved, and transcended within my music and social responsibilities.”

However, Flavour’s new music video for ‘Looking Nyansh’, a track from ‘Flavour of Africa’ is getting negative reviews following a scene in which the singer carried a butt naked lady on his shoulders.

Flavour is popular across Africa for his hit song “Nwa Baby (Ashawo Remix)” contained in the Uplifted album. Aside from “Nwa Baby” (Ashawo Remix), “Adamma”, and “Oyi Remix” featuring Tiwa Savage, were the other hit songs in Uplifted. The album’s success made Flavour one of Africa’s most sought out artistes. He believed the album would surpass his previous works. His projection came true when the album broke national barriers. Lolhiphop Records, in South Africa, released the album after popular demand.

“Blessed” was released through 2nite Entertainment and iROCKING LTD. It is arguably adjudged Flavour’s biggest album to date due to the number of producers that worked on it. It was launched on the same day of Flavour’s 2nite Club grand opening. In an interview with iROKTV, Flavour said: “I think I’m growing. This is my third album. Now it’s time to give them the music, like define myself. I have to be more mature with my music, lyrics and instrumentation wise. I worked with tons of producers and the whole production process made sense.”