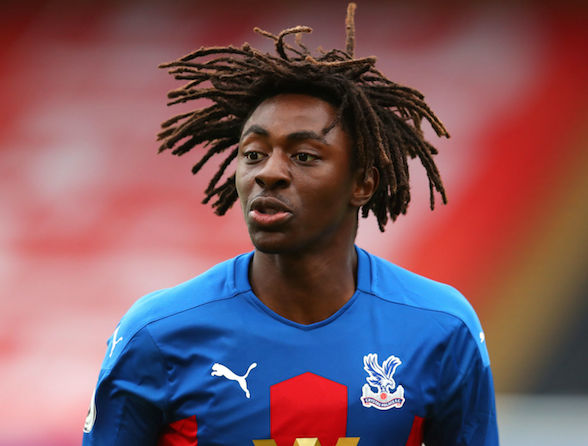 Crystal Palace manager Roy Hodgson has acknowledged that the signing of Eberechi Eze from Queens Park Rangers has made the squad stronger.

The England U21 international of Nigerian descent had to step up his game towards the tail end of November due to the unavailability of Palace’s most influential player Wilfried Zaha who tested positive for coronavirus.

The Eagles lost all the three matches Zaha wasn’t in the squad this term – against Burnley and Newcastle United in the Premier League and Bournemouth in the League Cup.
Hodgson pointed out that Eze is good in link-up play and the Ivory Coast national teamer stands to benefit from the attacking midfielder’s passes.

On Eze taking the heat off Zaha, Hodgson told reporters at yesterday’s pre-match conference ahead of this weekend’s derby versus Tottenham Hotspur: “The stat about us without Zaha is a bit of a half-truth because we’ve played well in some of those games and lost.

“But Eze is showing us at the moment that we’ve made the right decision.
“Being an offensive player and making a cutting pass will definitely help Wilf, as will Benteke and Schlupp.”
Meanwhile, Eze has won Crystal Palace’s Goal of the Month award for November for his sensational free-kick goal against Leeds United.
With 52.8 per cent of the votes, the 22-year-old placed first ahead of Kate Natkiel (18.6%) and Fionn Mooney (15.4%).