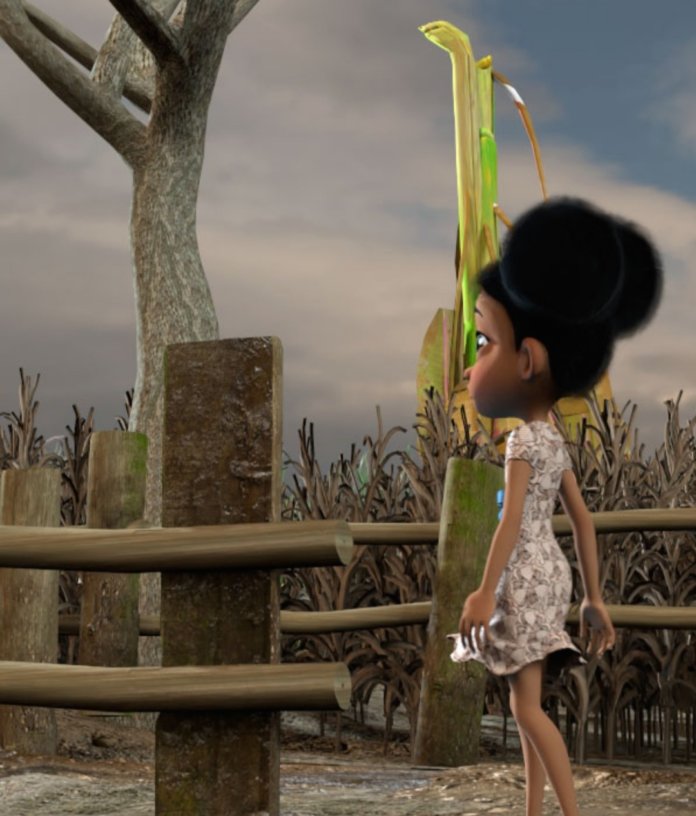 For an animation that is entirely created in Nigeria, LadyBuckit and the Motley Mopsters is a delightful time travel treat, writes Vanessa Obioha

The beauty of an animated film depends on how the production team gives life to the colourful shapes. The crew behind the LadyBuckit and the Motley Mopsters (LBMM) — the first Nigerian 3D feature-length animation to get a cinematic release — arguably did a remarkable job even if it was the first attempt for some of them like consultant producer Chris Ihidero.

Going by the laudatory remarks received at an exclusive screening recently, the movie is on its way to break box office records as it hits cinemas today.

Lovers of animation will find a delightful time travel story in LBMM. The story revolves around a precocious little girl Bukky, who loves to help her father solve arithmetic and easily get on the nerves of her mother. The year is 1956 in Oloibiri and Bukky’s parents are carrying out final sanitation on their bakery shop, hoping they will get approval from the inspection team. The inspection team — a short, pot-bellied, jovial man and a tall, scrawny, mean-looking man — arrival at the shop turned the happy ambience to a tension-filled aura.

Everything seemed to be going well until Bukky mistakenly knocked an item under the table. The mean-looking inspector immediately noticed and scooped around to find the item. On discovering it, he let out a sigh of relief as if his mission was finally accomplished.

Without hesitation, he sealed the shop, leaving Bukky’s parents played by Patrick Doyle and Bimbo Akintola depressed. Bukky, voiced by 12-year-old Jessica Edwards, feels responsible for the closure and seeks the company of his mouse pet but it was nowhere to be found. She searches for it, leading her to the doorstep of a neighbour whom Bukky feels lives off her parents’ generosity.

Interestingly, she finds the neighbour friendly and approachable, bombarding him with questions and confiding in him that she wished she could turn back the hands of time. While going through the neighbour’s stuff, Bukky stumbled on a hollow bucket. It immediately piqued her interest. What she didn’t know was that the bucket will transport her to the future where she will meet a band of unusual characters and have a chance to redeem her mistake.

As a first attempt, LBMM brings in the fun and entertainment with the eccentric characters. Dipped in family values and morals, the film is sprinkled with enough humour to elicit laughter and magical moments to educe gasps of surprise. LBMM doesn’t lose its Nigerian flavour. It is stippled with popular catchphrases in pidgin language. Although it doesn’t boast of high-pitched Disney songs, its score is no less entertaining. It is a melodious mix of upbeat, slow and haunting sounds.

LBMM is the product of Blessing Amidu’s imaginative mind who disclosed that she was inspired by her children. The animation gulped over $1 million and parades Nollywood stars like Kalu Ikeagwu as well as Awazi Angbalaga, Bola Edwards and Casey Edema.