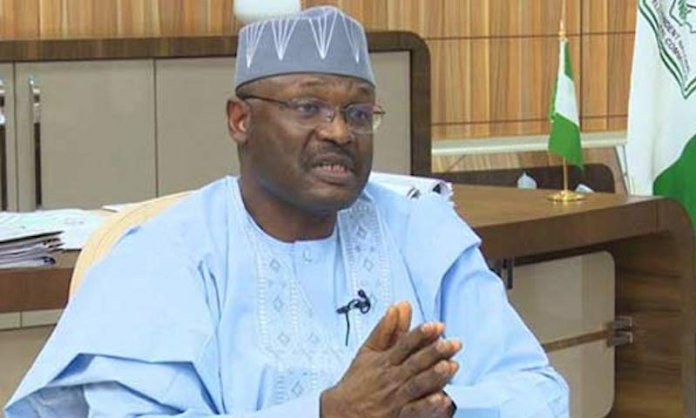 Professor Mahmood Yakubu has assumed office as the Chairman of the Independent National Electoral Commission (INEC) for a second term.

Also, the INEC boss has listed his immediate priorities to include ensuring the passage of a new electoral law for Nigeria and the registration of voters in the first quarter of 2021.

Yakubu, who was first sworn in to office on November 9, 2015, was again sworn in for a second term on Wednesday by President Muhammadu Buhari, following his clearance by the Senate.

Speaking at a brief ceremony to formally take over the affairs of the commission, he pledged to discharge his responsibilities without bias.

He further noted that the immediate area of attention for the commission is the resumption of the Continuous Voter Registration (CVR) exercise, which will also take in the first quarter of 2021, and to continue at least until six months to the 2023 general election, adding that INEC hopes to introduce a new technology for voter enrollment in 2021.

“Without a clean credible register of voters, you can’t have a credible democratic election.”

He thanked Air Vice Marshal Ahmed Mu’azu (rtd) and other National Commissioners of INEC for overseeing its affairs in the last 31days.

Speaking earlier, Mu’azu congratulated Yakubu on his reappointment, and explained that INEC was confronted with several challenges, especially security during the bye-elections.

He expressed dismay over the loss of six police personnel who drowned in Bayelsa State during the just concluded bye-election in the state.

The INEC Chairman, Yakubu, had on November 9, 2020, handed over the affairs of the commission to a National Commissioner, Muazu.