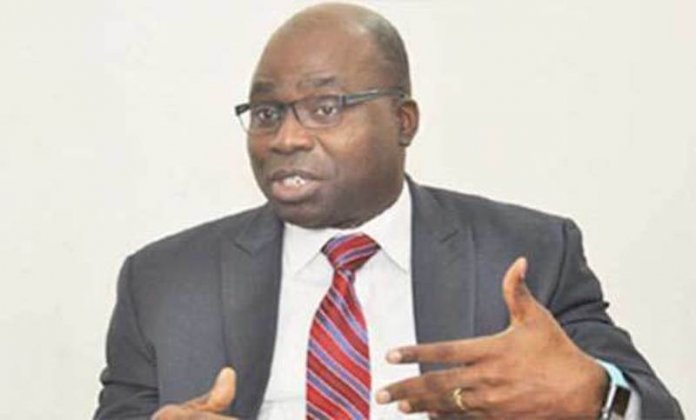 It is perhaps not a matter of sheer coincidence that as Nigeria marked her 60th year of Independence from colonial rule, the Independent Corrupt Practices and other Related Offences Commission, ICPC, was also marking its two decades of existence. Recall that the agency was created by an Act of Parliament in 2000, a year after the country returned to democratic rule after long years of military dictatorship.

In the 20 years of its existence, indeed ICPC has passed through three chairmen before the appointment of Professor Bolaji Owasanoye in 2019. The founding chairman was the late Hon. Justice Mustapha Akanbi, who saw the agency through its milking and growing years. His tenure was followed by that of the equally respected Hon. Justice Emmanuel Ayoola, a retired Justice of the Supreme Court, while the third Chairman was Mr Ekpo Nta.

The mandate of the commission, as spelt out in its Act, is to investigate and where necessary prosecute corruption and related offences; prevent corruption by examining the systems and processes of public bodies that predispose to corruption and direct or supervise a review of such. In its two decades of operation, ICPC has methodically discharged its mandate, albeit with minimal applause from Nigerians who assume that fighting corruption is a tea party. With modest achievements in prosecuting corrupt people, the agency is now poised to educate and enlist the support of the public against corruption.

The anti-graft agency has in 20 years recorded a number of milestones; some of these include but are not limited to the treatment of over 20,000 petitions. Of the lot, 5,000 have been worthy of investigation while no fewer than a thousand cases have been prosecuted.

A casual observer might wonder why such a wide disparity between the number of petitions submitted and the number investigated as well as those prosecuted. The answer is not far-fetched. Nigerians love sensation and bleeding headlines in the media, as long as they are not the one directly concerned! Many have acted as whistleblowers to the Commission and when cases reported are looked into, they are found to be empty and not worthy of attention because they are often borne out of envy, or lack of proper understanding of the mandate of the commission.

In order not to dissipate energy on what is not worthy of its resources, the Commission and its board have since changed strategy, determined to focus on activities that strengthen government’s desire to eradicate corruption in the revenue and expenditure sides of governance and take development closer to the people by ensuring value for money in the implementation of publicly funded projects.

During its recent anniversary, the ICPC launched the National Ethics and Integrity Policy, which is meant to refocus the sight of citizens to the need to return the country to her much cherished creed of honesty, integrity and diligence as necessary ingredients for national development. The Policy which is broadly divided into five sections is meant to guide the populace and the leaders on the path of national ethics and integrity.

The first section seeks to lay the background and emphasis on the place of integrity in national growth, and its scope as a way of moving the nation away from the emerging decadence in public and private affairs.

The second section, which dwells on the framework of the national ethics and integrity policy, is the groundwork of what the policy is all about and why it became necessary to have such a policy. It reads: “The National Ethics and Integrity Policy is necessary to strengthen efforts at positive national transformation. This is possible when all citizens and those who relate with Nigeria imbibe and embody these core values. The country can reach national development goals when we reframe the meaning of the national purpose and adopt frames of mind, attitudes, behaviors, choices and actions based on the demands of national core values.”

This is important in the life of any nation because the policy has to set out for the country’s citizens what the national ethics is all about and for them to follow. Indeed, a country without a body of national ethics cannot grow in unity and in a desired direction because the citizens do not see a unified goal in the nation. However, with a national policy on ethics, the citizens would have a direction to follow. This is necessary to save the nation from ethical values that had been eroded by greed, corruption and lack of national ethos. All these are contained in the country’s constitution and now with a policy to back it up it would be easily remembered by all.

The fundamental principle of what constitutes ethics in a nation is well enunciated in the third section. It says for any one to reside in the country or be called a citizen, there are some fundamental issues that such person must subscribe to and be considered as living within the policy framework. It spells out categorically that: “The National Ethics and Integrity Policy presents basic principles and values that obligate all Nigerians, and everyone who resides within the borders of Nigeria or who relates with the country in one form or the other, to commit to uphold these core values.” Anything contrary to this violates the national value.

Perhaps the most important part of the policy is contained in Section 4 which lists seven core national values. These are: human dignity, voice and participation, patriotism, personal responsibility and integrity. Others are national unity and professionalism.

“Importance of the individual human being, fairness, justice, respect forpersons, sense of humanity, tolerance, freedom, equity, acceptance, care and concern for persons” are key ingredients in upholding human dignity. The policy gives a detailed explanation of what this entails and it is very important for all citizens to read and imbibe. It emphasizes that the concept is not new to Nigeria as the major religions in the country recognize the importance of human dignity, and that human worth should never be discountenanced or violated.

It recognises what is considered as important articles of human dignity. These include legal foundations, objectives of the value, participation of all and how to move it forward. Some of these important actions are fair hearing, which is guaranteed to all and should not be denied anyone. It does not end there because it also guarantees protection against retaliation and practical application of value.

Another fulcrum of importance in the policy is the issue of patriotism. This is very crucial to achieve the tenets of the policy because without patriotism, it would be hard for any nation to reach the Promised land. It defines patriotism as “Love of one’s country and the willingness to defend it. Embedded in this core value are the following sub-values: a sense of nationhood, loyalty, solidarity, national pride, sense of belonging, respect, tolerance, dedication, acceptance, unity, hard work, faithfulness, obedience, civic responsibility, service, respect for constituted authority, respect for national symbols and upholding the spirit, and a sense of the future.” It also sees the issue of sourcing raw materials by manufacturers in the realm of patriotism, this is true. All hands must be on deck to achieve this all important venture.

Now, the crucial question is: how do we achieve and get this important National Policy on stream? The document addressed this critical point because it believes that failure to show how to get it done would be a futile exercise. To get this done, all stakeholders are properly identified. On board are the Public and Private Sectors, Traditional and Cultural Institutions, Women, Religious Institutions, Security Sector, the Media, Grassroots Communities. All sectors of the country both at national, state and local levels are to be involved in achieving set goals and targets.

In all, the unveiling of this important document by the ICPC has shown the way to go for the nation and the only means to achieve national integrity is to go along with it.

Indeed, as captured by the Secretary to the Government of the Federation, Mr Boss Mustapha: “It is the hope and expectation of government that all Nigerians will own this document and use it to hold public office holders accountable to the highest level of integrity and ethical behaviour. At the same time we expect that ownership will result in personal responsibility for us all as citizens to act with integrity towards building the nation of our dream.

“Furthermore, we hope that key stakeholders – religious and traditional leaders and institutions, civil society, private sector, media, youths and all Nigerians will contribute to the critical next steps of deciding what actions should be taken and by whom towards actualizing the pillars of this framework.”

What words can say this better? We are on track with the National Ethics and Integrity Policy. Nigeria will rise again.