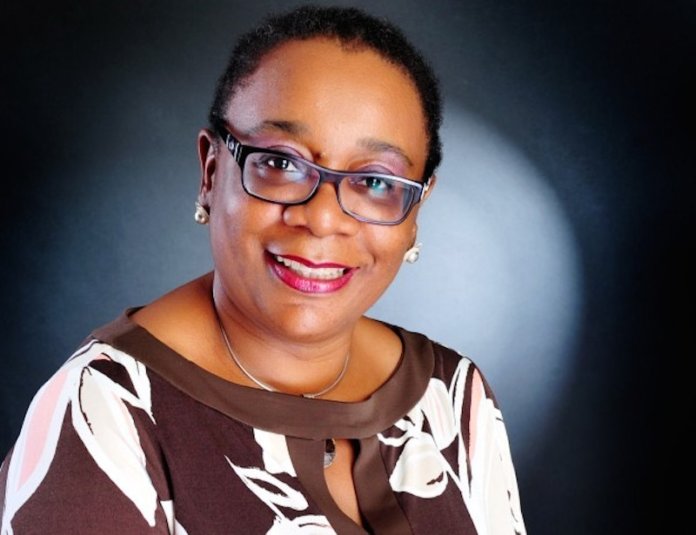 As the world celebrats the United Nations Human Rights Day, the Nigerian Feminist Forum contends that feeing women from the shackles of oppression through economic development will require policy and legislation.

The Nigerian Feminist Forum (NFF) recognises the importance of womem and girls in the development of every society. It believes that Nigeria will not be able to attain her full potentials until it accords women their rightful place in the country.

NFF is a biennial public policy forum that brings together feminists from the six geo-political zones, government officials, and other strategic partners to deliberate on issues of key concern to the development of and emancipation of women in Nigeria.

We hold the view that Nigeria must protect women and girls from sexua, physical and psychological violence. The country must also ensure economic emancipation of women.

One of the main preoccupations of the NFF is working towards eradication of sexual and other gender- based violence against women and girls.

Adopting different strategies, NFF is determined to ensure that: women are not subjected to violence and that victims of violence are cared for and get justice.

What is Sexual and Gender-Based Violence?

The United Nations’ Office of the High Commissioner for Human Rights’ Committee on the Elimination of Discrimination against Women (CEDAW) defines GBV as “violence that is directed against a woman because she is a woman or that affects women disproportionately”.

It refers to violence that targets individuals or groups on the basis of their gender. Women, girls and minors are often the target of SGBV.

NFF undertakes advocacy work to eradicate Violence Against Women (VAW). Violence against women is defined by the UN Declaration on the Elimination of Violence against Women, adopted by the General Assembly on 20 December 1993, as “any act of gender-based violence that results in, or is likely to result in, physical, sexual or psychological harm or suffering to women, including threats of such acts, coercion or arbitrary deprivation of liberty, whether occurring in public or in private life”.

NFF understands the enormity of the challenges posed to the survival of women and girls in a society dominated by men and ruled by a system that confers undue advantage on men.

In the course of its work, it has also come to the realisation that no single organization or institution can single handedly eradicate SGBV.

Inview of this reality, NFF works in partnership with a range of organisations, networks
and individuals with expertise.

NFF observes that despite gains recorded in the struggle for women emancipation, violence against women continues. For instance, the lockdown imposed on the country to curtail the spread of Covid-19 led to a sudden increase in violence against women. Rape suddenly became an epidemic. Harmful widowhood practice, human trafficking, child marriage, female genital mutilation, intimate partner violence (‘domestic violence’), sexual violence
(including sexual violence as a tactic of war), sexual trafficking of women, early and forced marriage are still common place. Opportunities for women remain few and far between.

To reduce gender-based violence and ensure access to justice and support for survivors, legislation and policy interventions remain critical.

This informed the enactment of the Children’s Rights Act. It domesticated the Convention on the Rights of the Child into Nigeria’s legal framework. However, 17 years after, eleven states have not codified the Act into law.
They include Sokoto, Kebbi, Katsina, Jigawa, Yobe, Borno, Zamfara, Kano, Bauchi, Gombe, and Adamawa.

In 2015, the federal government enacted the Violence Against Persons Prohibition Act (VAPP) into law. The Act among others aims at eliminating gender-based violence and sundry discrimination and abuses.

The VAPP Act is the single law in place that transcends the criminal and penal code in guaranteeing justice and protecting the rights and properties of victims of sexual and gender-based violence by its expansion of the definition of rape, domestic offences, incest and several forms of violence.

Under the VAPP Act, a wide range of Sexual and Gender-Based Violence (SGBV) including; rape/defilement forced financial dependence or economic abuse, harmful widowhood practices, genital mutilation, abandonment of children, harmful substance attacks, and incest are all recognized as punishable offences.

However, critical as legal and policy interventions are, they often suffer from lack of enforcement. Poor implementation is a serious drawback. It is not just the government that does not want to enforce the law, there is also the unwillingness to enforce the law on the part of the police. Police officials often collect bribes from the suspects and then turn around to blame the victims. Then there is the judiciary. The inability of the judiciary to enforce the laws – frequently due to lack of resources, and specialised knowledge. If there is public outcry, police sometimes take a poorly investigated case to the court’s only for the judiciary to dismiss it.

The other side of non implementation of the law is that the government sometimes fails to put in place facilities provided for by the law, such as a care centre for survivors of violence.

Responding to GBV requires addressing the multi-dimensional and complex circumstances
of identity and oppression surrounding survivors and
individuals who perpetrate violence.

Freeing women from the shackles of oppression through economic development will require policy and legislation. Women group should revisit the abandoned Gender and Equal Opportunities Bill (GEOB).

NFF recognises the importance of institutional responses to gender-based violence.

We therefore call for more training for professionals, reorganising the police and providing a more comprehensive and supportive response to survivors.

The education sector which should take the lead in developing a policy response to violence against women is itself bedeviled with widespread sexual harassment and other forms of gender-based violence.

Government should, working with civil society organisations, develop protocols and guidelines for all institutions of learning on how to handle complaints of violence against women. There should be prevention, protection and sanction mechanisms.

There is at least some indication that talking to men helps in some ways. Promoting nonviolence among boys is also more effective than targeting adults and school girls. More work still needs to be done in these areas.

… Obibi is an African feminist writer