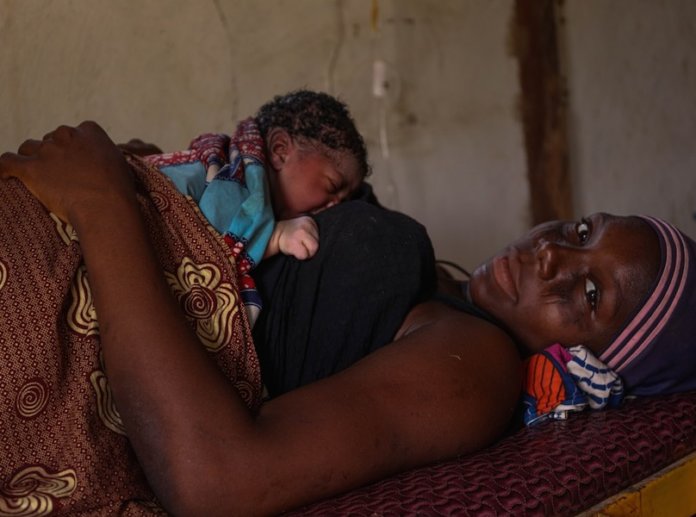 It is still not a good time for the Nigerian pregnant woman. For every 100,000 deliveries, at least 512 of them die, hence making the country one of the worst places on earth to give birth. This record prompted a research by a consortium of health advocates into why women die in their numbers during childbirth. Martins Ifijeh writes on key findings from the research

Twenty nine-year-old Ebiladei Amabipi was a local celebrity of some sort in Ayamasa, one of the 28 communities in Ekeremor Local Government Area of Bayelsa State. She was a known campaigner for better healthcare in the riverine village. With only one health facility on ground without doctors (Ayamasa PHC), low government presence, and an uncompleted road leading to Ekeremor main town, she knew beforehand that to prevent deaths among her people, healthcare must be paramount.

But what pregnant Ebiladei feared most came upon her. With no proper health facility in Ayamasa, she headed for Ekeremor main town during labour. Access and proximity were however not in her favour hence leading to the delivery of her baby inside the vehicle she was being transported in. Excessive bleeding started, and before she could reach the health facility, she died.

Although excessive bleeding may be recorded as the primary cause of death for the Ayamasa champion, several factors were responsible for her death including the abandoned road project connecting the community and the main town, poor access and lack of proximity to health facilities. Ayamasa is the state Governor Douye Diri’s maternal home.

In an expanded room in Ifeku Island in Edo State sits Mr. Azeez Ayae with his three young children, who are probably within the ages of two and seven. His mien depicts hollow and emptiness. He hasn’t gone to the farm in two weeks, not because he is contented with the tubers of yam already in his barn or has harvested all his produce from the farm, but he is sad and disheartened and does not have the strength to carry on. The love of his life has left him and their children at a youthful age of 31 years.

Ayae is one of the newest widowers in Iyegbe community, a small village in Ifeku Island. The wife had died during labour after undergoing the excruciating pain for several hours without succour coming her way. She could not get the needed healthcare to enable her to deliver her baby. She was denied one of her foremost fundamental human rights –right to life and right to healthcare – which are embedded in chapter two and four of Nigeria’s constitution …and then she died from the mystery of not understanding why she has to suffer from something that is 100 percent preventable.

“I didn’t realise she would go into labour that day so I went to the farm as usual, but a few hours later, a small boy was sent to call me, saying that my wife had been in pain. I rushed back and I met her wailing uncontrollably. That was the third hour since she had been in labour. I sought to get a nurse from the village who sometimes assists people with health emergencies like this, but she had gone to town and may not be coming back anytime soon. We had to put my wife in a wheelbarrow and transport her to the closest health facility which is two villages from here. She couldn’t wait much longer as we were almost an hour into the journey. She died on the way,” said Ayae.

24 year-old Fatima Aliyu from Bauchi LGA in Bauchi State was a happy woman when she learnt she was going to have a baby girl. It was all she prayed for after previously having two boys. But while it was almost time to behold her little beauty, life happened. It served her lemons. Fatima who could not get a vehicle or means to go to the nearest health facility for delivery died from prolonged obstructed labour. She died from trying to bring forth another life.

In Lagos, 29-year-old Bolanle recently became a victim of quackery, cultural and religious belief against healthcare. Her mother had insisted she was going to deliver her baby at a faith based home hence ignoring expertise of health workers. Her reason was that the gods would magically grant her daughter safe delivery even if quacks are the ones being used. But she was wrong. Bolanle died after six days of labour and bleeding. Not the prayer sessions could save her. No effort was made to refer her to the hospital despite a deteriorating condition. She died of ignorance and quackery.

Ebiladei, Ayae, Fatima and Bolanle are not the only Nigerian women who have died from preventable maternal causes. At least 512 women die from every 100,000 live births in Nigeria, putting the country’s global burden of maternal deaths at 20 per cent, according to an overview of community-informed maternal death review done last month by a consortium of health advocates – Nigeria Health Watch, EpiAfric and Africare.

Global index shows that a Nigerian woman has one in 22 lifetime risk of dying during pregnancy, childbirth or postpartum/post-abortion; whereas in the most developed countries, the lifetime risk is 1 in 4900. In March 2018, the co-Founder, Bill and Melinda Gates Foundation, Bill Gates, told the Nigerian government in Abuja that the country has unfortunately become one of the most dangerous places on earth to give birth.

Following the persistent burden of maternal deaths in the country, Nigeria Health Watch and its allies embarked on a research to ascertain why women continue to die during pregnancy, childbirth or after birth. Interestingly, it showed that excessive bleeding (clinically called postpartum hemorrhage) and prolonged obstructed labour accounted for most maternal deaths in the country.

The research, which lasted for 12 months from May 2019 and tagged: ‘Why Are Women Dying While Giving Birth: An Overview of Community-Informed Maternal Deaths’, spanned through all geopolitical zones, with one state chosen from each zone; Lagos for South-west; Bayelsa for South-south; Ebonyi for South-east; Kebbi for North-west; Niger for North-central; and Bauchi for North-east.

Presenting findings of the research during the launch of the report recently, the Managing Director, Nigeria Health Watch, Vivianne Ihekweazu said of the 18 communities under focus in the six zones, 133 deaths were recorded – 63 in Lagos, 48 in Ebonyi, nine in Kebbi, six in Bayelsa, four in Bauchi, and three in Niger, adding that prolonged obstructed labour accounted for 38.3 percent, while excessive bleeding accounted for 37 per cent of the deaths.

Analysing the systemic issues leading to the various deaths, she said poor access, communication challenge, poor attitude of health workers and rigid/expensive payment played major roles in the deaths in Bayelsa. “For Bauchi, cultural influences of gatekeepers played a key role. In Lagos, reliance on religious belief and attitude of health workers played a major role. In Kebbi, cultural influence (aversion to male health workers) and permission practice were key factors, while in Niger State; permission practice was a key factor.”

Sharing her thought on the research, the First Lady of Kebbi State, Dr. Zainab Shinkafi-Bagudu said Boko Haram insurgency, banditry, as well as the ongoing COVID-19 pandemic were in no small measure affecting maternal and child health in the country, especially in the North.

She said: “With insecurity in the Northern region, many pregnant women no longer attend antenatal because of fear of being attacked. We know the consequences of this; it affects the quality of care the women are expected to get. The COVID-19 lockdowns also had its effect. Despite these challenges, we must prioritise maternal and child health, because no woman deserves to die or lose her child while giving birth.”

TBAs as Solution or Curse?

Although it is no longer news that millions of Nigerian women prefer to manage their pregnancies and deliver in faith based homes, many health experts are still divided over whether or not services of these unskilled birth attendants are actually needed. This debate was again brought to the fore during the launch of the research.

For the coordinator of Maternal and Child Health, Bauchi State Primary Health Care Development Board, Hajiya Hnnatu Abubakar, Traditional Birth Attendants (TBAs) are important in preventing maternal deaths, as they can serve as key referral links between the pregnant women and health facilities.

She said: “Their importance cannot be wished away. We do not engage them to provide service. We know they are closest to the communities and can identify pregnant women, so what we do in Bauchi is that we train them to know the basis and danger signs, so that they know their limits and then refer accordingly. This has reduced maternal and child deaths,” she said.

But for the Commissioner for Health, Ebonyi State, Dr. Daniel Umezuruike faith based birth attendants have caused more damage to the fight against maternal deaths than they have provided solutions, adding that they are unacceptable in Ebonyi.

He said: “If we cannot do away with unskilled birth attendants, we have to be careful what we do with them. In Ebonyi, we have told them not to keep any woman more than 10 hours. If you don’t closely monitor these people, you will realize that they will only refer women to you only when they are in critical conditions. We have told them to look for alternative jobs. 60 percent of maternal deaths are caused by unskilled birth attendants. They even cause more issues for the health workers because they refer the women only during critical situations. This is unacceptable,” he said.

Among the recommendations made in the nationwide research are that the government should revitalise primary healthcare centres for better maternal care, adding that this would improve affordability, availability and accessibility.

It adds: “There should be health education and advocacy to improve maternal care. This should be done through a bottom-up approach to counteract harmful cultural practices. Community leaders and the media should be engaged to propagate maternal health.

“There should be improvement in human resources for health, as well as patient-centred care. There should be establishment of conditions that improve availability and remuneration, as well as establishment of core patient-centred care to improve health workers attitude. There should be enforcement of regulations for the operations of traditional birth attendants and other unskilled birth attendants. State governments commitment and public- private partnership should be considered for improving maternal health,” the report recommended.