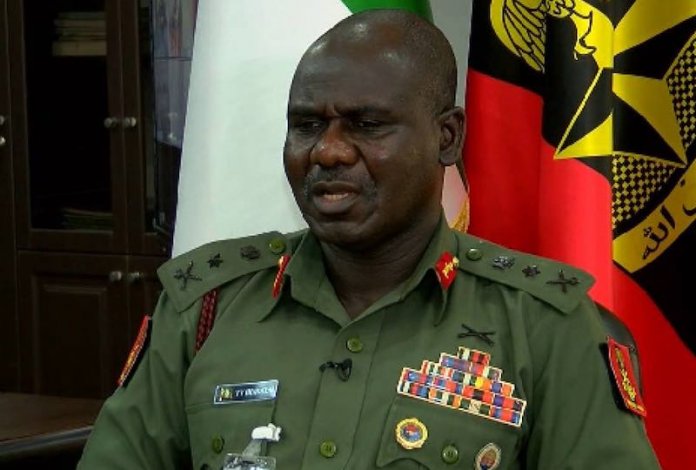 Deployment of intelligence is key to success in wars, not spiritual warfare, argues Charles Onunaiju

”The spiritual knowledge is attained through divination; that of natural science is obtained by deductive reasoning; the universal laws are established and verified through mathematical calculations. The knowledge of the enemy’s dispositions in war, however, is gained only through spies and by no other means” – Sun Tzu- “Art of War”.

Because one has only and I am sure many people have also heard about “spiritual warfare from Christian Pentecostal preachers, for whom I thought it was only a bombast to keep their congregation in awe of their theological learnings, but now with a military general at war involved in “spiritual warfare as obvious war strategy got yours sincerely, scampering and combing through all the works on warfare and military strategy I could lay hands in one’s library. Encountering the inimitable work of the ancient Chinese strategist, Sun Tzu, in his classic text, Art of War in which he identified and thoroughly appraised five fundamental factors that determine the final outcome of war, as consisting in the followings: The political direction, the weather, the terrain, the quality of military leadership, and finally, the discipline of the troops committed to the battle., one found nothing about spiritual warfare.

But in underlining the single most decisive factor that “enables the wise sovereign and the good general to strike and conquer, and achieve things beyond the reach of ordinary men, is ”foreknowledge.” Continuing, Sun Tzu wrote: “Now, this foreknowledge cannot be elicited from spirits; it cannot be obtained inductively from experience, nor by deductive calculation. Knowledge of the enemy’s dispositions can only be obtained from other men,” engaged and developed as spies.

In the war against the Boko Haram insurgency that has raged for more than a decade, the evident lacuna in the military prosecution of the war is the deployment of intelligence or what Sun Tzu called “fore-knowledge”. Only credible intelligence can lead to the disruptions of the supply lines of human and material resources that flow to the insurgent group. As far as the supply lines to the insurgent group are open and thriving, no amount of military pressure can sufficiently decapitate them into surrender or negotiation. The supply line is crucial for the life of any insurgent group as much as a key artery to the regular army. The Nigeria Army regularly announces the number of insurgent fighters that it neutralizes but because the insurgent’s line of supply is wide open and thriving, they are never short of men, as new recruits attracted for variety of reasons of either ideology or money, soon and very quickly fill the vacuum. Therefore, the number of insurgents neutralized or killed can never translate to degrading the insurgency as their supply lines keep recruits flocking to their den. And the tactical withdrawal of the insurgents from its former wider theater including cities cannot be taken for weakness of the insurgents as the minister of information Mr. Lai Mohammed naively insinuated recently. If the terror group decides that it has achieved enough national and global notoriety and now decided to concentrate its forces in its base for the extortion of the local population to fund its more urgent need of maintaining its supply lines, it should be seen for what it is, tactical dexterity of the terror group and not sign of defeat. In war, according to the British military writer, B.H Liddell Hart, “the aim is to weaken the resistance of the enemy before attempting to overcome it and the effect is better attained by drawing the enemy out of its defences.” The implication of weakening the enemy resistance is not by wishing away its strength but by coming to terms with its potential for resilience. Boko Haram’s resilience has always been completely demonstrated, first by forcing the army into a barricade or what the military authorities called “super camp” and also series of successful ambush in which troops have been neutralized and equipment carted away. It makes absolute no sense to suggest that the terror group is “technically defeated” or degraded,” simply because it stopped throwing bombs in Abuja and other northern cities. By any stretch of assessment, the group is more vicious and kills far more Nigerians now than when it was throwing bombs in key northern cities. The Zambarmari massacre, a brutal exercise in self-confidence slowly perpetuated for full effect by the terror group, merely less than 20 kilometers from the state capital Maiduguri, only demonstrates the aloofness of the army sitting idly nearby and its poor intelligence network across the theater of war that would have alerted it to the proximity of the enemy.

If it is this fatal lacuna that Buratai, the chief of army staff, want to address with his seminars on “spiritual warfare,” then Nigerians should be prepared for the long haul which he himself, was reported to have posted in his verified facebook that insurgency may last for upwards of 20 years. Mao Zedong’s” classic “on protracted warfare”, was in the context of an invading superior foreign army as in the specific instance of Japanese army that invaded China and even have the temerity to set up a puppet regime.

On ”protracted warfare,” Mao argued that positional warfare is a doomed strategy, preferring guerilla or mobile war-fare to sap the energy and morale of the regular troops on invading army. In this context, Mao warned that such warfare is protracted.

Boko Haram has not demonstrated any serious territorial ambitions and has a major deficit of unfriendly and uncooperative local population which capitulates to its antics only through terrorist compulsion. Boko Haram is not Tamil Tigers armed rebel group in Sri Lanka that enjoyed the open support of the minority Tamil ethnic nationality in Northern Sri Lanka and even its Diaspora or the Farubundo Marti Revolutionary (FARC) in Colombia, a sophisticated Marxist rebel movement that enjoys huge rural support and even some left-wing governments in the hemisphere. Boko Haram is an ideological and political orphan, disowned by virtually everyone and most susceptible to summary defeat by credible intelligence operation that cuts off its supply lines.

General Buratai did not explain in detail what he called “spiritual warfare but one hopes, it does not consist in divination and magic. It was such situation where Lumumbaist Guerrillas against the Mobutu dictatorship in the Congo trusted more in magic that forced the legendary Ernesto Guevara, the Argentine-born Cuban internationalist to abort his military odyssey after an eight-month stay with the rebel guerrillas in the thick Congo forest in the 1960s.

To cultivate military spirit which is more of it than “spiritual warfare,” the Prussian General Carl Von Clausewitz in his classical treatise “On war” opined that “An army which preserves its usual formations under the heaviest fire, which is never shaken by imaginary fears, and in which in the face of danger disputes the ground inch by inch with the enemy…and which looks upon all toils as the means to victory,… and which is always reminded of its duties and virtues by the short catechism of one idea namely: the honour of its arms: such army is imbued with true ”military spirit.”

Needless to say that any serious engagement to interrogate the critical elements and components of “military spirit” would not consist of any seminar on “spiritual warfare”.

Onunaiju is research director of Abuja based Think Tank