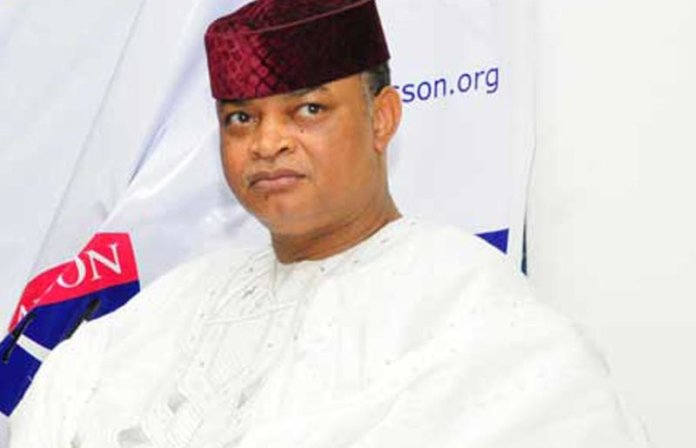 Security expert, Dr Ona Ekhomu has advised the Borno State government to immediately hire 10,000 Borno Youths into a robust vigilance force to defend the state alongside the military, the police, the paramilitary and the Civilian JTF.

The absence of a capable guardian is what facilitated the Borno massacre that occurred last Saturday, he added.

Dr. Ekhomu, who is President of the Association Industrial Security and Safety Operators of Nigeria, said hiring the 10,000-man youth vigilance force will provide protection of the rural populations against incessant terror attacks.

He said: “The vigilance initiative will also help Governor Zulum to fulfil his campaign promise to hire Borno youths to secure the State.

“The Borno Vigilance Force which should employ able-bodied youths who must receive musketry, martial arts and security tactics training will be willing to take the fight to the terrorists to defend their home state against the implacable jihadists.

“What the vigilance group lacks in superior fire power, it will make up for in manpower.”

Reacting to the slaughter of almost 70 rice farmers by Boko Haram fighters in Jadamari last Saturday, Ekhomu said that rural dwellers were targeted because they are“soft targets” and are considered legitimate targets.

He said the absence of a capable guardian in the Borno countryside was a huge vulnerability that the terroristswere exploiting.

He explained that the goal of Boko Haram is to get citizens to lose faith in the government. The constant slaughter of rural dwellers which is causing so much pain and grief is likely to achieve that goal.

Ekhomu, who is West Africa’s first chartered security expert said the Borno Vigilance Force will act as force multipliers for the military and ensure greater security.

He said that the killing of the rice farmers just 20 kilometres from Maiduguri showed that the entire state was unsafe.

He urged “the Borno State government to take a more active role in the defense of the state stating that the constitutional warrant that the security and welfare of the citizens is the purpose of government did not refer only to the federal government as often misconstrued.

“Under current statutes, the state government can license shot guns for use by vigilantes as a minimum. We know that Defence Industries Corporation produces shotgun shells. So, the Nnewi boys can produce shotguns which can be used by the Borno and other vigilance outfits. It is a fallacy to think that every combatant must carry an AK-47 rifle.”

Ekhomu said that the days of benign jihad policy of Abu Musab Al-Barnawi were over, adding that with the hardliners firmly in control, the conflict is bound to get more bloody.

He prayed for the repose of the souls of the executed rice farmers and said major lessons should be learned from this incident to safeguard the lives of innocent Borno residents.