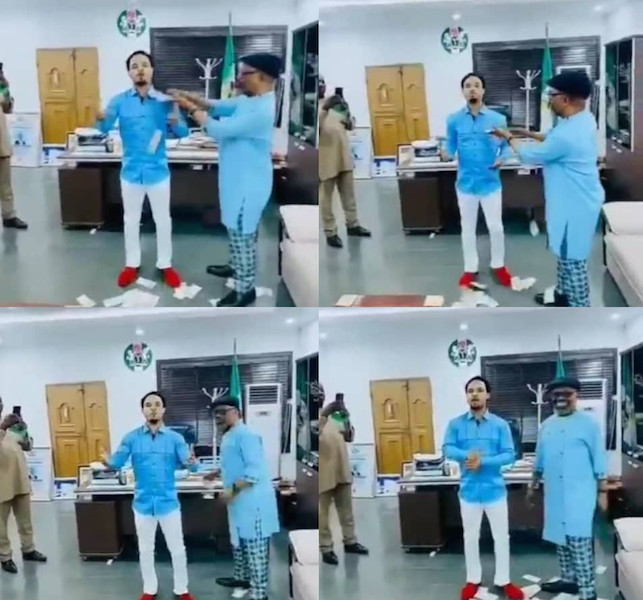 This was announced in apress statement yesterday by the Secretary to the State Government (SSG), Chris Ezem.

“Abia State Governor, Dr. Okezie Ikpeazu, has directed the immediate suspension from office of the Chief of Staff to the Governor, Dr ACB Agbazuere,” the short statement read.

The suspension was announced a few hours after a video surfaced online showing Agbazuere spraying money in his office on Prophet Chukwuemeka Ohanaemere, popularly known as Odumeje.

The CoS had since the video surfaced online become the target of public outrage on social media.

Apart from the video trending online, ‘Indaboski’ and ‘Abia’ were among the Nigerian trends on Twitter.

The video showed Agbazuere spraying naira notes on a dancing Odumeje in a place believed to be his (CoS) office.

Odumeje is a popular and controversial Onitsha-based clergyman.

The preacher is the leader of Mountain of Holy Ghost Intervention Deliverance Ministry.

He became popular in 2019 when he described himself as ‘the liquid metal’, ‘the war’, and ‘the indaboski pahose’ among others in viral videos in 2019.