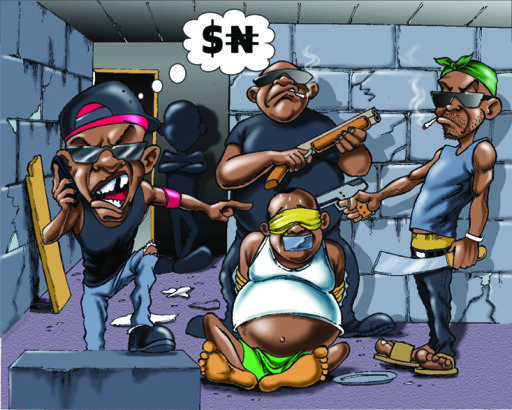 The gruesome massacre of dozens of rice farmers in Zabarmari, Borno State, by Boko Haram insurgents is yet another sad reminder of the danger posed to the majority of our citizens today by sundry criminal cartels. Irrespective of what part of the country people live in, there is a palpable fear that violent crime lurks around. Suddenly, blood-letting and serial loss of lives have become the new normal even in parts of Nigeria hitherto known for being peaceful and secure. The logical spillover effect has been the spread of small arms and all manner of armed vagrants, terrorist lone wolves and criminal herdsmen who partake freely in the thriving enterprises of transactional kidnapping, armed robbery and sundry abuses of captive persons.

From countless bombings to mass abductions, including of aid workers and school girls, Boko Haram has continued to terrorise the North-east states. And to underscore the bestial capacity of the insurgents—which the federal government repeatedly claimed has been ‘degraded’—they patiently took time to tie the Zabarmari farmers in their numbers, slit their throats and then destroyed their farms.

The decade-long encounter with Boko Haram has brought out the best and the worst in our defence and security institutions and capabilities. Equipment shortfalls have hindered operations just as inherent corruption among the force leadership has repeatedly reared its head. Limitations in force protection mechanisms have been aggravated by lapses in effective rapport with local civilian populations thereby exposing troops to avoidable harm. The situation is compounded by the elongated tenure of service chiefs – officers who are stretched and drained – and evidently have nothing new to offer.

While the expansionist appetite of Boko Haram has been substantially curbed in terms of territorial gains, the menace of the murderous terror group remains a recurrent nightmare. In the process, a huge humanitarian disaster has been created in the North-east. Millions of our citizens have lived in internally displaced persons (IDPs) camps, dependent on international aid and domestic charity as their sources of livelihood have been permanently fractured or in some cases obliterated. The possibility of an early end to this confrontation remains a matter for conjecture as military authorities continue to dispute among themselves the number of years it would take to end the brutal insurgency.

We believe that the Boko Haram insurgency war is winnable. But the federal government has to insist that the command heights of our military need to straighten out its integrity and place professionalism above personal interest and political games. Recent speculative noises about the expediency of hiring mercenaries to help in this war must be quickly halted. No nation with a fully funded military force has been known to go to war and win with a mercenary force. And even where such measures are adopted to compliment other efforts, they are not issues subjected to market-place debate. The challenge at hand requires more rigour.

On a daily basis, nationwide reports of violent attacks and disruptions of social and economic life accompanied by massive loss of lives dominate the media. In the urban centres, daylight robberies of banks and private establishments have become routine. In the rural areas which used to be havens of tranquility, incidents of cattle rustling, violent attacks on villages and settlements as well as torching of communities are now daily occurrences. Part of this new phenomenon in the rural areas, especially in the northern half of the country, is that these attacks on village communities are often carried out by anonymous squads and bands of itinerant violent brigands.

The causes of this new wave of rural terrorism range from unsettled inter communal disputes over land and traditional authority to long-standing sectarian animosities. In some cases, it has to do with unresolved settler versus migrant disputes. It is the responsibility of the relevant state authorities to institute permanent dispute resolution mechanisms for dealing with extant disputes. We therefore find it inexcusable that agencies like the Police and State Security Service (SSS) have failed to collect intelligence that should lead to early detection and prevention of these clashes and attacks.

To be concluded tomorrow