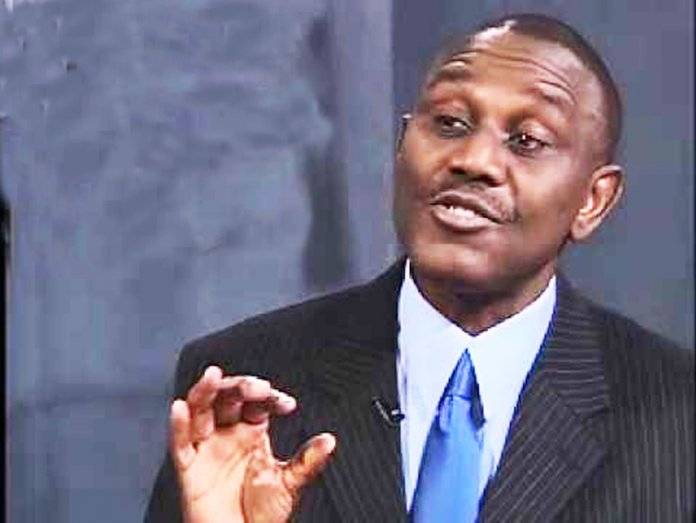 The people of Asaba were recently thrown into helpless mourning following the shocking news of death of the author of Blood on the Niger, ogbueshi (Prof) Emma Okocha, the Ikemba Ahaba designate. Emma Okocha, died in the early hours of Sunday, 29 November, 2020. The news was contained in an obituary announcement released from the palace of the Asagba of Asaba, H.R.H Obi (Prof) Joseph Chike Edozien CFR, on 30 Nov, 2020, as signed by the Palace Secretary, Ogbueshi Patrick N.C. Ndili.

In the same announcement, Obi Edozien, made known to the public his gracious conferment of a post-humous chieftaincy tittle of Ikemba of Asaba, to the late Chief Emma Okocha, a tittle to be conferred on him Saturday November 28, 2020, a day before he passed on.

The astonishing qualities of the late Chief Emma, and his contributions to society are recognised and praised even in the international front. Following Okocha’s book, Blood on the Niger, two international anthropologists from the University of South Florida, Professor Elizabeth Bird and Professor Fraser Ottanelli, came to research the incident and produced an internationally acclaimed book published by the Cambridge University Press in the UK with the title: “The Asaba Massacre, Trauma, Memory, and the Nigerian Civil War”. Consequently, these two Professors both wrote of Chief Okocha:

“The loss of Chief Emma Okocha is a sad blow to the people of Asaba and beyond. His courageous and pioneering work uncovered the truth about the Asaba Massacre, setting the stage for the international recognition of this tragic event. He has earned an honored place in the history of his nation.”

Chief Emma, was renowned for his humanism. He, no doubt, left positive indelible footprints in the sands of time. The barrage of tributes from both far and near to his memory attest to the passion for service that characterised his life. Notable individuals and groups who had known the late okocha, personally, or associated closely with him cannot stop eulogising him. Many remember him for his role in seeking justice for the Asaba massacre of 1967.

One of such prominent personalities is Chief Philip Asiodu, the Izoma of Asaba. He recalled that the late Okocha was very active and engaging. ‘He will be long remembered for his brave well researched ‘Blood On The Niger’ on the October 1967 Asaba massacre during the Nigerian Civil War’ he remarked.

In his own tribute to the deceased, Chief John Edozien, the Odafe of Asaba and former CEO, Afribank, pointed out that the late Okocha lived an authentic life and deserved recognition for boldly speaking up for Asaba people. He wrote: ‘. He was an open, authentic and deeply passionate Asaba man committed to rewriting the wrongs done to Asaba during the Civil war.’

Regretting that death had cut short his hopes of working with the late Okocha on the next phase of the Asaba Massacre chronicle, Chief Newton Jibunoh, former chairman of Costain and an environmentalist mourned: ‘I identified with his noble quest for justice and effort at documenting history. I will miss his passion for great literary works.’

Chief Oni Idigbe, former DG, Nigerian Institute of Medical Research said Okocha’s death was a great loss and then expressed confidence that ‘his well-documented capture of the 1967 Asaba Massacre in “Blood on the Niger”’ will keep his memory fresh in the minds of many.

Aside his intelligence, the late Okocha’s patriotism did not go unnoticed. This is aptly captured in the tribute from Prof Epiphany Azinge, SAN, Okilolo of Asaba and the President General of The Asaba Dev Union worldwide (ADUWW). His message read:

‘News has just reached me of the passing unto glory of an illustrious son of Asaba, Prof Emma Okocha of BLOOD ON THE NIGER game. ADUWW mourns this intellectual titan and dedicated son of Asaba Ujom for his undisguised Asabacentricsm and his dogged passion to put on the front burner of international conversation the dastardly Massacre of Asaba people during the Civil War.

‘No doubt Emma played his part and I am supremely optimistic that history will be kind to him. ADUWW considers a fitting candidate for our HAll of Fame. He will also get a special mention in the World class film on the ASABA Massacre that ADUWW has commissioned.

Other respected Nigerians who eulogised the late Chief Emma, include Ogbueshi Chike Ogeah – former MD Sachol and former Commissioner of information for Delta State. According to him the late Okocha was an enigma with audacious courage and brilliance which enabled him speak truth to power according to the convictions of his mind thereby displaying the strength of his character for all to see. Ogbueshi Ogeah noted that the late Okocha’s book, Blood on the Niger was a great recollection and documentary of the unfortunate events of the civil war especially the Asaba Massacre. ‘If my memory serves me right, he recalled the noble and patriotic role my late mother, Mrs Henrietta Titilola Ogeah, a woman of the Yoruba extraction, played in saving many lives in Asaba at those critical moments in his Narration,’ he recalled.

For Ken Odogwu, former chairman of IMB Bank and present chairman, Board of Directors of Royal Exchange Insurance Company, the late Okocha was a true hero of our time. ‘He left a lasting legacy through his masterful documentation of a pivotal part of our history,’ he wrote. ‘On a personal note, I have lost a childhood pal, who I shared pleasant memories growing up and whose siblings were like adopted children to my parents. May his soul rest in perfect peace. Good night, great author of a bestseller. Good bye, ASABA HERO.’

Chief Chuck Nduka-Eze, Isama Ajie of Asaba, described the late Okocha, as a rare breed whose pace of life was faster and more intense than the norm. He revealed that the deceased was ‘blessed with a deep and penetrating intellect which found expression with his passion for justice and speaking truth to power often in the face of danger’. On how close he was with the late Okocha Chief Chuck Nduka-Eze wrote: ‘I had the pleasure of a last journey with him these last few days as he proudly received the revered tittle of the Ikemba of Asaba bestowed on him just last week by His Royal Majesty Prof Chike Edozien, the Asagba of Asaba. I had the singular pleasure to work with Emma Okocha when I presented the Petition regarding the Asaba Massacre atrocities on behalf of the Asaba Community before the Oputa Panel in 1999/2000 and from then till his passing last Sunday we have been close fellow travellers. “As we say goodbye to this hurricane of a man let us thank God for the gift of his association and the immense service he rendered to Asaba over many years”, he added.

Chief Emma, was a veteran journalist of the UNN mold. His exceptional academic brilliance stared him to greatness when he assumed the post of Editor, at the News Agency of Nigeria (NAN) He succeeded in restoring the truth of the Asaba 7th October 1967 massacre in his timeless best-selling BLOOD ON THE NIGER. Published in 1994.

An advocate of justice, friends have recounted that as a student, he challenged the sluggish pace of registration at the Nnamdi Azikiwe Library UNN with the loud quintessential statement, “Remove the bureaucratic bottom necks and excessive redtapism”.

As a former Director Delta Sports Council, in 1997, his priority was to revitalize the Asaba Sports Stadium and host games there. His joy and that of all Asaba patriots was complete when the Stephen Keshi Stadium sprang to life and today is an accomplished reality.

If Okocha, had any regrets, it would probably be not to see how justice which is long overdue, would prevail over the October 7 massacre of 1967 in Asaba. On the annivsarry of the massacre recently, Chief Emma, organized a symposium chaired by Chief Chuck Nduka-Eze, saw the presentation of the newly approved Cenotaph, designed to be built on the grounds where the massacre took place at Ogbesowe in Asaba.

The theater may be dark, and the drums may be silent, but the life of his spirit, the memory of the music of his words, and the joy he brought to who encountered him will never be forgotten. Surely, Asaba will miss their son and champion.