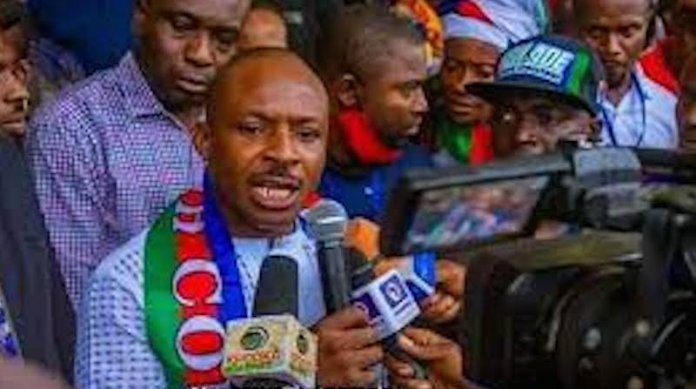 …Ask Buhari to inaugurate substantive board

The Ijaw Youths Council (IYC) Worlwide, ex-agitators and the Watchdog for Progressive Ijaw (WPI) have thrown their weight behind an order of the Federal High Court restraining the Prof. Keme Pondei-led Interim Management Committee (IMC) from performing the functions of the Niger Delta Development Commission (NDDC).

The IYC President, Peter Timothy Igbifa, described the court order as a vindication of the position of the IYC and called on President Muhammadu Buhari to immediately inaugurate a substantive board for the NDDC.

The Federal High Court sitting in Abuja granted an order restraining Pondei, Mr Cairo Ojougboh, Dr. Joi Nunieh and others from performing the functions of the board of the NDDC.

Justice Ahmed Mohammed, in a ruling on an application by Forum for Accountability and Good Governance, restrained them from parading themselves as board members of the commission.

Igbifa, who hailed the court action, said it was long overdue insisting that it was in line with the collective interests of the Niger Delta region.

He said the IYC had been at the forefront of agitation for the dissolution of the IMC as it believed that the composition was unknown to law and illegal.

Igbifa said the Act establishing the NDDC stipulated its modus operandi and never contemplated the deployment of an unknown committee to run its affairs.

He said the explanation that the IMC was set up to supervise the ongoing forensic audit of the commission was baseless as such function could have been performed by a substantive board.

Besides, the IYC boss said dissolving the IMC was timely as their elongated tenure came to an end this December.

He said: “We are calling on President Muhammadu Buhari to listen to the collective voice of the region and immediately inaugurate a substantive board for the NDDC.

“We have said it before and we are saying it for the umpteenth time that the IMC has outlived its usefulness. Such composition is illegal and against the interests of the states that make up the NDDC.

“The court order has further vindicated our position. The Presidency should stop provoking critical stakeholders in this region through some of its insensitive actions that serve only the interests a few greedy politicians.

“This is the right time for the Presidency to act. The court order coincided with the expiration of the elongated tenure of the NDDC IMC. Let this illegality give way for a substantive board.”

John urged Buhari to seize the window created by the judgment and inaugurate a substantive board for the commission.

He warned divisive elements to stay away from the IYC and decried moves by some selfish politicians to divide the council.

“The statement of Igbifa represents the collective interests of the Ijaw nation and the Niger Delta region including the ex-agitators. But the counter statement of Ekerefe serves the interests of a few selfish politicians, who benefit immensely from the ongoing illegality in the NDDC. We are constrained to warn Ekerefe to stop deploying the IYC in his hatchet jobs”.

Also, the Watchdog for Progressive Ijaw (WPI) declared its support for the immediate dissolution of the IMC and commended the court for its order.

The Coordinator, WPI, Lambart Olambo, in a statement issued in Port Harcourt, Rivers State, described the continuous stay in office of the IMC as provocative and an aberration.

He said it smacked of insensitivity for President Muhammadu Buhari to continue to allow such illegality in the region despite outcries by IYC and other major stakeholders for the dissolution of the IMC and inauguration of a substantive board for the commission.

Olambo explained that the Act establishing NDDC never envisaged that its activities would be run by an IMC despite claims by the Presidency that it opted for the committee unknown to law to drive the forensic audit of the commission.

He said though the group was not against the ongoing audit of the commission, such exercise could also be carried out amid a substantive board without compromising the integrity of the process.

Olambo said the IMC had shown lack of capacity to administer the affairs of the commission and supervise the ongoing forensic audit following allegations of massive corruption trailing its activities.

He said the recent probe of the activities of the IMC by the National Assembly uncovered massive and earth quaking corruption at the commission, vitiating the reason for its further existence.

Olambo said the region was highly disappointed as it watched with dismay how allegations of monumental corruption against the IMC seized the breath of the IMC’s Managing Director, Keme Pondei, compelling him to pass out on the floor of the National Assembly.

He noted that the WPI was also shocked to hear of the ongoing looting of the commission’s commonwealth by the IMC including a recent allegation that one of its members absconded with money meant for the NDDC.

He said: “We are also amused that faced by its imminent downfall, the IMC attempted to divide the IYC by recruiting the council’s Spokesman, Ebilade Ekerefe to issue a statement countering the position of the council led by Peter Timothy Igbifa that the IMC had outlived its usefulness and should be dissolved immediately.

“We find it selfish and against the interest of the Niger Delta that Ebilade could lend himself for such a hatchet job against the collective aspirations of Ijaw youths.

“The reason he adduced in his statement was also ludicrous, ridiculous and shameful. We are warning Ebilade to desist from the temptation of promoting his selfish interest ahead of the collective desire of the Ijaw Nation. We are also monitoring an allegation that he was highly paid by the enemies of our progress to embark on this evil mission”.

Olambo called on Buhari to immediately dissolve the IMC and appoint a substantive board or face fresh agitation in the region.

He said: “We will occupy the NDDC if this mistake of an IMC is not corrected by the Presidency. The youths are ready to block major oil installations in the region if President Muhammadu Buhari fails to do the needful.”