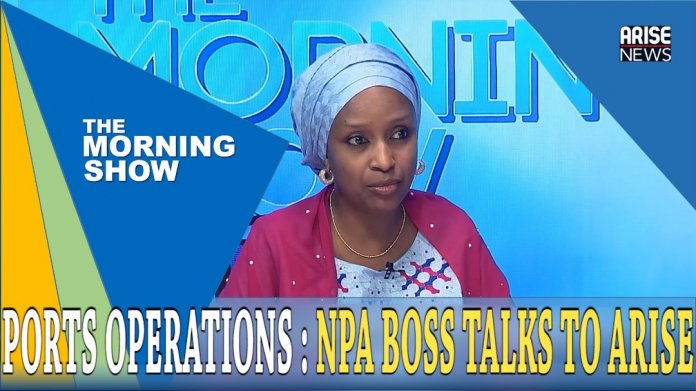 Says expired INTELS pilotage contracts will not be renewed

The Managing Director of the Nigerian Ports Authority (NPA), Ms. Hadiza Bala-Usman, yesterday revealed that despite the Covid-19 pandemic that disrupted global supply-chain and trade, the NPA was able to generated N291 billion in revenue from January to October 2020.

She said she was optimistic that the NPA would meet its annual target especially when compared with the revenue it generated last year.

Bala-Usman stated this when she appeared on the ‘Morning Show’ a breakfast programme on ARISE NEWS Channel, a sister broadcast arm of THISDAY Newspapers.

She stated that the NPA was determined to get better value for the federal government from contracts and services rendered by private firms, adding that as a result the INTELS Nigeria pilotage contract that expired earlier in the year would not be renewed.

Speaking on the impact of Covid-19 on NPA revenue, she said: “Globally, the port operations were sustained and the International Maritime Organisaation (IMO) had a strong position regarding having sustained shipping and that ports would remain opened. Our challenge was on full value-chain for ports operations.

“So, if the ports are functional and cargo comes into the ports, the warehouses were shut down and trucks were not at work during the lockdown. So even if your shipments come into the ports, you cannot evacuate it. So that was an issue because ports can’t work in isolation of the full value-chain.”

She added, “So, when cargos came in and people could not take their goods out, the NPA gave a waiver for rent-free period during there was a full national lockdown, consignees were given a freehand without paying for rent because it is not your fault you are unable to get your cargo out. So, to that extent, the government took gave off that revenue to ensure consignees feel a bit of cushion regarding their inability to their cargo out.

“While we have the challenges within the economy with Covid-19 and revenue generation, NPA within the period of January to October, we have been able to raise N291 billion as revenue that has been realized. In 2019, we raised N298 billion from January to December. So, you can see that the differential is marginal and for November to December, we may be able to meet up to what we raised in 2019 and we may not. So, there has been a reduction but it is not huge in terms of volume from the amount of revenue we have realised within that period.”

Also, on challenges and pushbacks the agency has faced in terms of stemming corruption, she said Ocean Marine Solutions Limited (OMSL) and INTELS Nigeria have been a major hurdle.

She said: “On pushbacks that have to do with corruptions and fightback when an institute seeks to priortise government interest and seeks to recognise that the citizens and Nigeria as the country is priority over a private company who have signed some agreements that are not in compliance with regulatory obligations. That is a huge pushback I have received.

“OMSL is the secure anchorage area where vessels are made to pay for anchoring and security within the Nigerian ports. And this started in 2013 to provide that platform with the Nigerian navy and fast-forward in 2017, we felt it was unnecessary for people to be paying money just to secure their vessels when anchoring through Nigerian waters because it is the responsibility of government through the navy, NIMASA at zero cost to the owners.”

She said the firm had made $17 million in six months, adding that the cost is purely the company’s gain and not at the interest of Nigerian citizens.

“From January to July, OMSL made $17 million in revenues in securing vessels and none of these revenues come to the coffers of the federal government. But what is more imperative is that if you feel you are trying to improve ease of doing business in your country, and you are charging vessel owners for anchoring their vessels I think it is not an activity that is in the interest of Nigerian citizen. Because for every dollar you pay to secure cargo, the consignee would transfer it to you the final user.”

“We are having discussion with the vice president to conclude that and we have given directive to dismantle because it beats my mind how you can justify that activity.”

“On Intels, we have our layer of relationship such as non-compliance to TSA and they have realised that they had to comply after a lot of pushbacks, they complied. And now their contractual relationship with us on service boat has expired and upon the expiration, they have gone to court to request for them to remain a third-party provider, which is ridiculous because you cannot force government to provide a service. We of course have another relationship to do with amortization project that we have which revenues arising from service boat is made to pay for the amortising.

“The point is that Intels need not be the service provider for that service. Of course, they have gone to court and we are challenging it vigorously to ensure that the Nigerian government gets value for money and also that the government’s contractual obligations are met. You cannot rewrite an agreement or bully people to comply to some ridiculous positions that you feel is in your best interest as opposed to what is in the best interest of the country,” she said. 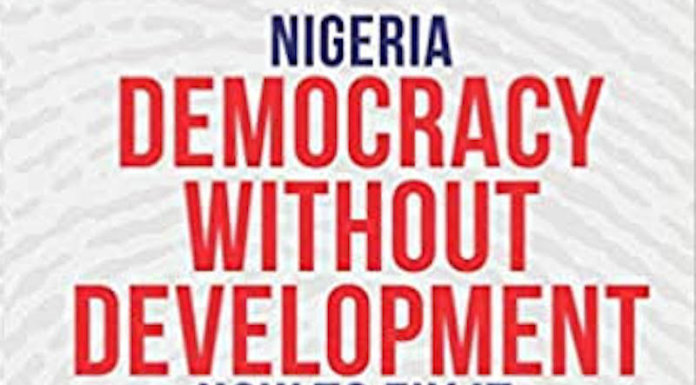