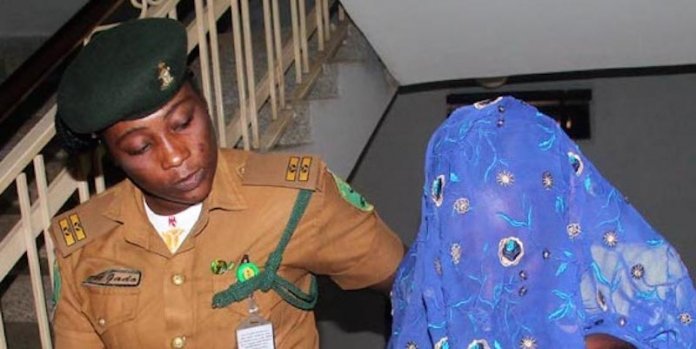 The Court of Appeal in Abuja on Friday affirmed the death sentence of Mrs Maryam Sanda, who stabbed her husband, late Bilyamin Bello, to death.

Justice Halilu had in a judgment delivered on January 27, this year found Maryam, a mother of two, guilty of culpable homicide preferred against her by the federal government and consequently handed her the maximum punishment.

But in its judgment on Friday, the appellate court disagreed with the claims of the appellant against the decision of the trial court.

“The appellant did not point out where the trial judge went out of the scope of his duties to carry out an investigation”, he said.

The panel stated that the word “investigation” used by the lower court was “taken out of context” by the appellant, adding that ingredients of the offence were clearly established as it is required by law.

Justice Adah further explained that where there are no organic facts leading to get the cause of death, circumstances surrounding the death can be the best proof of what is being alleged in a case.