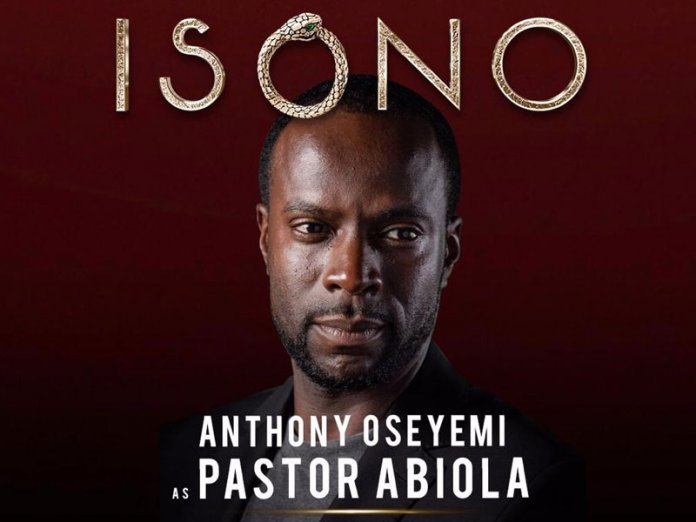 BET Africa’s original gripping daily drama, ISONO, has been making waves since launch in September this year. In just a few weeks, ISONO has managed to claim a spot as one of the leading multilingual scripted and English sub-titled daily dramas on the continent.

ISONO airs to audiences across the African continent, Monday to Thursday, exclusively on BET Africa (DStv Channel 129) at 21:30 CAT / 20:30 WAT. In this week’s episodes, viewers will be introduced to the new additions from Pastor Abiola’s family featuring Anthony Oseyemi, Christine Osifuye and Chioma Umeala who are sure to stir up drama and intrigue in the upcoming weeks. Pastor Abiola is desperate to prove himself as a worthy pastor intent on building a great church community.

Monde Twala, Senior Vice President and General Manager at ViacomCBS Networks Africa commented, “Africans are amongst the most passionate and dedicated storytellers and viewers of daily dramas. The addition of Nigerian cast members is an authentic and powerful way for Africa to unite through storytelling and celebrate cross cultural diversity. ISONO is an African story that is enriched with colourful characters that depict multiple narratives with continental appeal. With the arrival of the new family, the daily drama will explore family dynamics and societal issues that resonate with audiences worldwide. We are uniting Africa through story and cutting edge television.

Pastor Abiola is played by international actor Anthony Oseyemi. Oseyemi is no stranger to the small and big screen, one of his most recent works was on the successful local film ‘The Five fingers for Marseilles’. On ISONO, he plays a wandering Nigerian Pastor who has never managed to settle into having his own congregation. He then convinced the church to send him out to Vosloorus in South Africa as a stand-in following the previous pastor’s suicide.

Abiola’s wife, Titi, who is the heart of the family, is played by Nigerian actress, Christine Osifuye. She is an interesting character, who battles depression, just like her late son Olufemi. Christine is well known for her roles in ‘Fifty the series’ on Netflix and many more lead roles in a number of films. She is also a famous gospel singer and now a new face on ISONO.

We also get introduced to Ayo, Pastor Abiola and Titi’s headstrong daughter. She is played by an up and coming actress in the industry, Chioma Umeala. She’s a rebel who constantly challenges her parents, especially when it comes to Abiola’s reliance on faith to heal all ills. It is safe to say, that she will bring a lot of drama and romance to the screen.