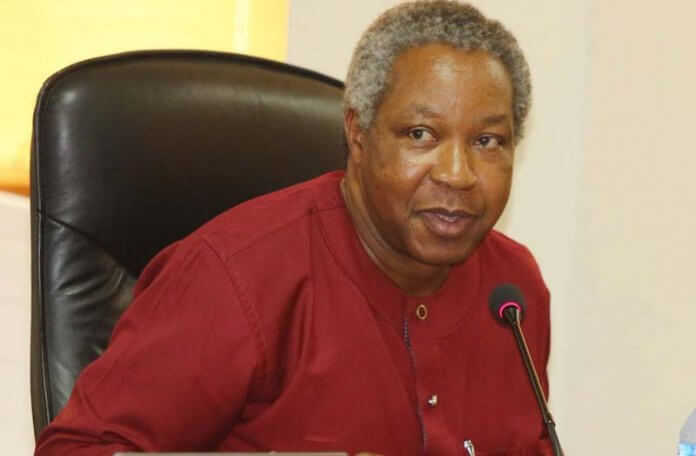 A former Director of the Department of Petroleum Resources (DPR), Mr. Osten Olorunsola has predicted that oil revenue may no longer be Nigeria’s mainstay in the next 20 years.

Olorunsola based his forecast on current developments in the global hydrocarbon industry; saying oil deposits are found almost daily by countries across the world.
He stated this during a webinar aimed at educating Nigerians on the content and progress of the represented Petroleum Industry Bill (PIB).

The online forum was organised by a law firm, Odujirin and Adefulu.

Olorunsola had contributed to the PIB while being a member of the Expert Advisory Panel of the Nigerian Natural Resource Charter (NNRC).

He said: “We have moved from a struggle for petroleum to a struggle within petroleum. Within 2020 years, everybody has hydrocarbon. The whole of West and East Africa now have hydrocarbon.

“I don’t think we have more than 20 years left, after that time, everything about hydrocarbon will be you using it within your domestic economy, expecting it to be your major income for the economy is over, forget it.”

“We should do all those things as if something is chasing us, we should do this with all sense of urgency,” he further said.

According to the National Bureau of Statistics (NBS), oil accounts for less than 10 per cent of the country’s Gross Domestic Product (GDP), about 65 per cent of its revenue and 88 per cent of foreign exchange earnings.

In August, the Statistician-General, Dr. Yemi Kale, had said during a webinar that oil as a chief revenue earner for Nigeria was losing its position.

Kale had stated: “Indeed, there has been signs that in the emerging economic landscape of the future, our ability to continue to rely on crude oil earnings will be severely curtailed, for instance, gross oil and gas revenue was projected at N9.3 trillion in 2019, but only about N4.6 trillion was realised, representing less than half of budgeted revenue.

“With an increasing focus on global climate change and the sustainable development goals, the dominance of oil revenue can be expected to continually diminish.”

Continuing, Olorunsola, however expressed hopes that Nigeria’s long-awaited PIB would be passed by the National Assembly and subsequently signed into law by President Muhammadu Buhari within the first two quarters of 2021.

He equally based his expectation on the legislative progress made so far on the bill which is currently before the two chambers of the national assembly.

According to him: “The executive has done this bill this time around, it is an omnibus bill. It has passed first and second reading the senate. We are guaranteed that we will have a public hearing before Christmas and that is a huge milestone because that is the only opportunity to get all the inputs from everybody.

“Once we can get that I think it might be possible to have a new law, an Act as early as late quarter one or very early in quarter two of 2021. I hope this roadmap works,” Olorunsola said in his remarks during the webinar.

Few weeks after the Senate passed the current PIB through its second reading, it also passed the second reading at the House of Representatives which has now referred it to its Ad Hoc Committee on the Petroleum Industry Bill.

For years now, Nigeria has struggled to pass the PIB to reform its oil industry. In 2018, Buhari withheld his assent to a harmonised copy – the Petroleum Industry Governance Bill (PIGB) citing constitutional and legal reasons.

The PIGB was initiated to update the outdated Petroleum Act and replace its provisions with a more comprehensive and up to date legal framework aligned with global standards.

Similarly, a leading finance advisor, Rolake Akinkugbe-Filani stated at the PIB webinar that the country was, “in a very difficult times,” with its oil industry.

Akinkugbe-Filani noted that she expects the PIB to help Nigeria address her energy security challenges, as well as fix legal, efficiency, transparency and technology issues in the sector.