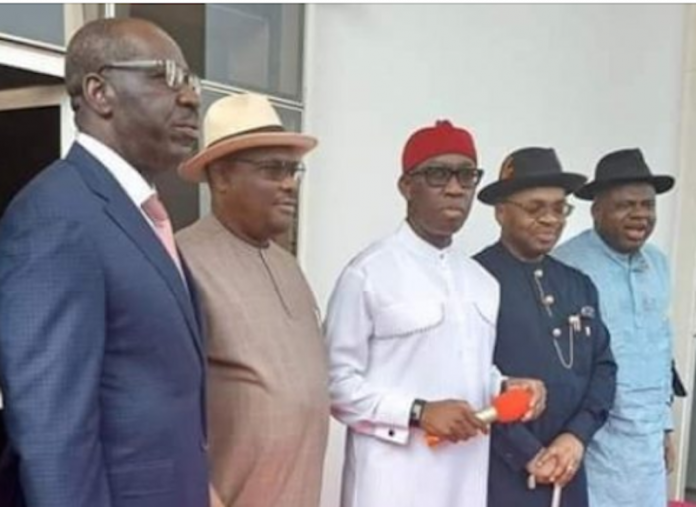 An expert and Chairman of DAS Energy Services, Warri, Delta State, Chief Sunny Onuesoke, has appealed to governors in South South states to build their own refinery.

He noted that since the states had the raw material (crude oil) closer to them, it will be an advantage to venture into the business of oil refinery that will act as source of economic boost to their revenue and an assurance of steady fuel supply at a cheaper price to their people.

Onuesoke who made the call in a statement pleaded with the governors to yield to his advice maintaining that the signs on ground and evidence are bound that if something is not done now the South South states would be stranded economically in the future when the oil dried up.

He said if Dangote and some other individuals could nurse the idea of building refineries, he wondered why the South South governors could not pull their resources together to build at least a single refinery for the benefit of their people.

“If Dangote, an individual, can build a refinery, I wonder why the South South Governors with the huge oil derivation cannot put their resources together and build at least a refinery. If this is done there is an assurance that they have their own oil refinery that will be supplying the people oil products.”

Advising the Governors to wake up from their slumber and break the Federal Government’s monopoly of fuel control, the PDP Chieftain urged the governors to emulate the move by Akwa Ibom State Governor Emmanuel Udom who is planning to build an oil refinery, a liquefied natural gas plant (LNG), a thermal power plant, one petrochemicals plant before 2023 when his second term administration would elapse.

Onuesoke explained that the Federal Government’s plan to import petroleum products from Niger Republic which is closer to the North should be a signal for them to think of how to build their own refinery.

He disclosed that it was like the North was already thinking ahead of the South South Governors in terms of oil production with building of refinery in Katsina State, adding that the recent discovery of oil in large quantity in Benue state is a warning signal.

“Before now, the North have been anxious to discover oil in the area so as to become economically important and probably break the jinx of the South South crude oil monopoly. The way things are going they are gradually achieving their objective, while the South-South is dormant,” he stated.