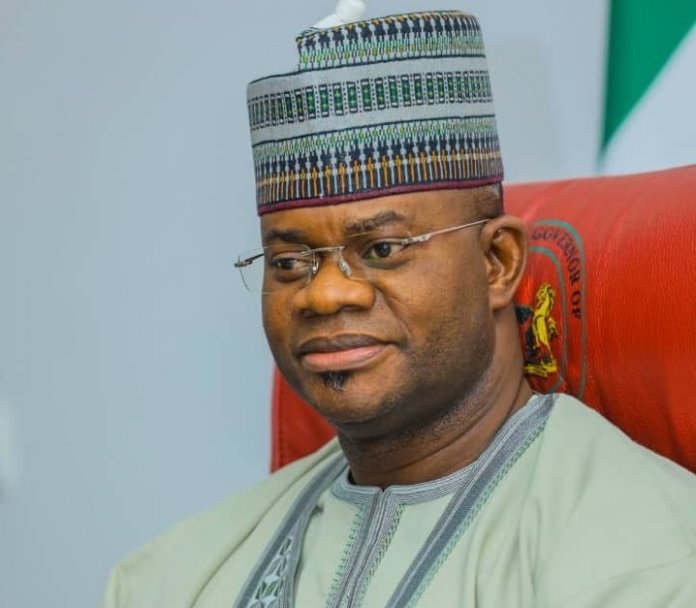 The importance of agriculture in  developing  countries cannot be overemphasised. Perhaps this  was  the reason why the present administration under the leadership of  President Muhammadu Buhari had since 2015 intensified efforts to revive the ailing sector against the backdrop of food insecurity and paricularly to  diversify from hitherto monolithic oil  economy to agriculture, which  was once a mainstay of Nigeria economy between 1960-1980.

No doubt , Kogi State is an agrarian state with arable land suitable for cash crops, staple crops and subsistence farming, as the case may be. Research has  however confirmed that Kogi State is the largest producer of cassava in Nigeria. In addition, the state is richly endowed with both natural and human resources as well as blessed by the confluence of Rivers Niger and Benue in Lokoja, the state capital.

In its agenda to diversify the economy, but also adopt the policy of consuming what is locally  produced, the government has not left any stone unturned by creating total rebirth, encouraging both young and old to return to farming, which has been consistently providing necessary inputs to boost agriculture in past four years.

As part of efforts to enhance food security and promote Agriculture  in Kogi state,  the state Governor,  Yahaya Bello recently inaugurated additional 100 tractors and  immediately distributed them across the 21 local government areas of the state. He said the incentives were  meant  for farmers, women and  youths,  as part of efforts boost food security, create employment and income for the people of the state.

Bello explained that the launching of the tractors was not the first of his administrative commitment to boost agriculture in the state, stressing that such efforts to improve farming in the state commenced in 2017 and 2018 with provision of farming implements to farmers.

The governor  added  that the government has created cluster value system through Agro Processing Productivity Enhancement and Livelihood Improvement Support APPEALSwhere group of youth and women farmers are provided with implement, incentives and N2million each to engage in farming in their community.

“If we must end food insecurity in the state, we must  promote and encourage the young, old and empower the youths, women by providing them the necessary materials or tools”, he said.

Earlier in his remarks,  the Commissioner for Local Government and Chieftaincy Affairs, Mr. Salami Ozigi Deedat said the commissioning of the tractors was part of the quest of the administration to identify the basic and fundamental factors that will accelerate the socio-economic development of the landscape of the entire Kogi

“The distribution of 100 tractors to the 21 local government areas is not only unprecedented in the history of Kogi but a major revolution in the agricultural sector that has the capacity to guarantee food security in the state”, he said.

While speaking on the recent commissioning of 100 tractors and other farm implements by the Governor of Kogi State, Yahaya Bello, the State Commissioner for Information and Communication, Kingsely Fanwo stressed that it  was an instructive action to frontally confront hunger in the state. He pointed out that effect of ravaging COVID-19 pandemic in the country has taught Nigerians new lessons and has foisted on us, a new normal.

According to him , the first line of defense now is to combat hunger that is threatening lives and homes even in a severer form than the pandemic. Fanwo lamented that Nigeria was close to sufficiency in staple crops before the pandemic, noting that  today “we are facing a dangerously waging hunger and diseases. Food prices are rising furiously and impatiently.

“It is time great leaders got down to work. Enough of grammar and sadistic statistics. Nigerians need food. Governor Yahaya Bello has again set the pace. He has shown the way. The brand new tractors will now go to the 21 LGAs and ensure massive production. The state is establishing farm settlements already. The good days are here. That is the way to go. Thank you GYB for matching words with action. Kogi will continue to provide leadership in the face of seeming gloom across the world. Kogi under GYB is doing more already”.

It is pertinent to note that Kogi State is one of piloting states in the Federal Government /World Bank agricultural project known as Agro Processing Productivity Enhancement and Livelihood Improvement Support (APPEALS) after successful payment of its counterpart funds to promote, enhance food production and youth employment.

Recently at presentation of Kogi State APPEALS Integrated Farm Settlement project to members of the state executive council  by the State Coordinator,  Dr Sanni Abdullahi Ozomata, the governor said his administration will give full backing towards the establishment of the Integrated farm Settlements for beneficiaries of the APPEALS- Women and Youth Empowerment Programme, describing the initiative as a model for other states to emulate.

The governor said that due to the impact of the APPEALS project on the Agricultural landscape of the state, the state government will give full support towards the establishment of the Integrated Farm Settlements, adding that the idea will equally be replicated at the community levels in order to improve the livelihoods of more youths in the state.

He stated that the importance of Agriculture as catalyst for economic growth cannot be overemphasised, hence the commitment of his administration to making agriculture receive the desired attention.

In his presentation, Ozomata said the idea of establishing an integrated farm settlements for beneficiaries of the APPEALS-Women and Youth Empowerment programme is to develop a commodity-based cluster formation model with associated business investment plan leading to the economic empowerment and livelihood improvement of the beneficiaries.

He said the farm settlements will be located in the three senatorial districts of the state with 1700 direct beneficiaries and 2000 indirect beneficiaries. He enumerated areas of benefits for the state to include increase in internally generated revenue, job creation, and value addition to the common staple crops in the state among others.

Meanwhile, in line with the determination  to make Kogi State a food basket of the nation, this administration also established one of the biggest Rice Mill at Ejiba,  Yagba West known as Kogi  Confluence Rice Mill. The  newly constructed mill at cost of over N4 billion has the capacity to produce 50 tonnes of rice per day. The mill which is located on 800 hectares has maximum capacity and  is expected to create over 6,000 direct and indirect jobs.

At completion of this gigantic stride embarked upon by the Yahaya Bello administration which was commissioned in August,  2019 as part of the activities marking the 28th anniversary of the creation of Kogi State on August 27, 2019, the
plant could easily run over 3000 tons of rice per month and over 36,000 tons per year. This is equivalent to the production of over 720,000 50kg rice bags per year.

The state government  also assured  people of the state  that aside the engagement of Public Private Partnership (PPP) in the sector, the present  administration would  continue to assist local farmers and youths and women  who are willing to earn a living through agriculture.

The potentials of the Rice Mill industry as at today is impressive- the farm is currently generating 300 direct jobs, which comprises farm staff, hunters and equipment operators. The industry can also generate over 5000 indirect jobs through its Out-Growers empowerment programme. Last year, it empowered 150 local farmers through the office of Kogi State Governor.

“As a catalyst for direct, indirect and general employment, once the rice mill commences operation, the industry will be employing other hundreds of staff, as its plans to run the plant at the maximum capacity on two-session day and night shift per day. Each shift will produce over 50 tons of finished Confluence Rice.

“By establishing the Rice Milling Industry, Governor Yahaya Bello is using one stone to kill two birds; while fighting food insecurity by increasing food production, he is also fighting the scourge of unemployment by creating direct and indirect jobs. This is what the ‘New Direction Government” stands for and Governor Yahaya Bello is steering the ship to the next level of development,” he added.

Investigations however revealed that the Kampe Dam at Omi also in Yagba West Local Government Council had informed the citing of the rice mill at Ejiba for irrigation purposes and dry season farming.

“We needed to utilize that dam for the economic prosperity of our people. The dam was commissioned in 1999 and never put to serious use. The target is to cultivate 4000 hectares of rice plantation there to feed the mill. 800 hectares will produce 6,400 tonnes of rice yearly because we will plant during the wet and dry seasons”, he said.