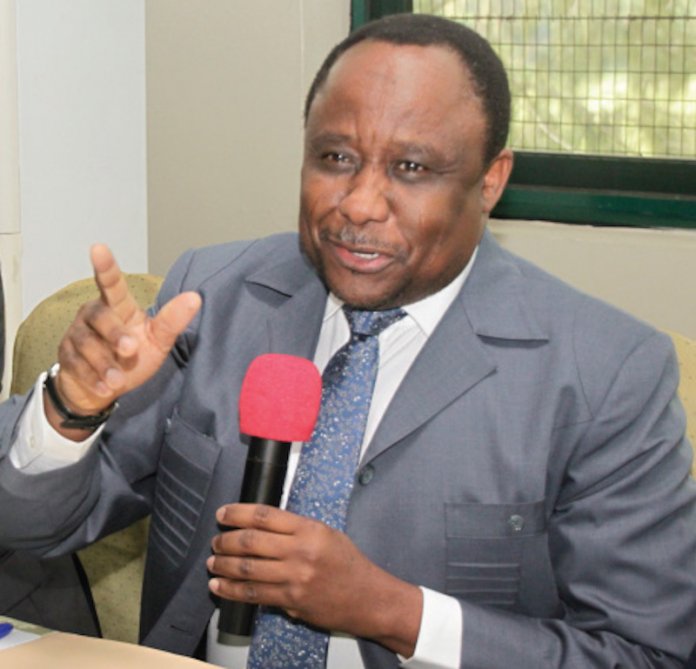 The Managing Director of the North East Development Commission (NEDC), Alhaji Mohammed Alkali, has stated that the adverse effects caused by the insurgency in the North-east region on youths have made the region a breeding ground for crimes and drugs abuse.

Alkali disclosed this over the weekend at a youth sensitisation programme organised by Jakadiya Trust Foundation held at the Emir’s palace in Mubi, Adamawa State.

According to him, “The youths in Mubi, like all other youths in the North-east region, have been adversely affected by the insurgency in which schools, businesses and sources of livelihoods have been destroyed and academic disrupted. This has made Mubi and its environs a breeding ground for crimes mostly drug abuse.

The MD of the commission, who was represented by the Head of Education of NEDC, Fatima Ciroma, stated that “that is why we need to enlighten our youths of the dangers in drugs abuse, and provide them with opportunities to make better lives for themselves.”

He said NEDC wished to encourage the emirate and the Adamawa State government to prioritised youth empowerment for a better society.

“Young people are the backbone of every society, and their participation in all aspects of societal activities is very important. Unfortunately, many of our youths are being deprived of this,” Alkali said.

He said isolating young people intentionally or unintentionally, especially in the rural areas when they are jobless, can contribute to the already mentioned menaces of drugs abuse, illegal and criminal activities, depression, rural/urban migration.

Alkali proposed some mechanisms to make the youths positive contributors to the society, such as conducting entrepreneurship training and capacity buildings in areas in leadership, advocacy, gender awareness, communication and life skills.

He said among other activities are community awareness regarding the importance of education and knowledge; sensitising parents to support their children to complete their studies; follow up to encourage them to achieve their dreams and fosters their roles in the society, as well as listen to their ideas and suggestions.

The commission boss said the implication of empowering , strengthening and including young people in the work environment would reduce unemployment, crimes and drugs abuse.

He also commended Jakadiya Trust Foundation for this initiative, and encouraged them not to relent in their intervention towards the sensitisation and empowerment of the youths.

The state Commander of the National Drug Law Enforcement Agency (NDLEA), Alhaji Idris Mohammed Bello, who talked on the ‘Dangers of Substance Abuse’ at event, asserted that “the consumption of illicit substance by our teeming youths has array of health and social implications to the users, their family members, friends and their immediate environment.

Also speaking at the events, the chairman of Jakadiya Trust Foundation, Prof. Ladi Hamalai, said the event was aimed at encouraging education and fighting against drugs abuse among youths in Mubi.

Hamalai, who hails from Mubi Emirates which comprise Mubi North, Mubi South, Miaha, Michika, Madagali Local Government Areas mostly affected by the insurgency, said it was necessary to encourage education as well as enlighten the youths on the dangers of drugs abuse in area.

On his own, the Emir of Mubi, His Royal Highness, Alhaji Abubakar Isah, called on prominent people of Mubi to emulate the Founder and Chairman of Jakadiya Trust Foundation, Hamalai, for her good gesture towards the youths in the area.