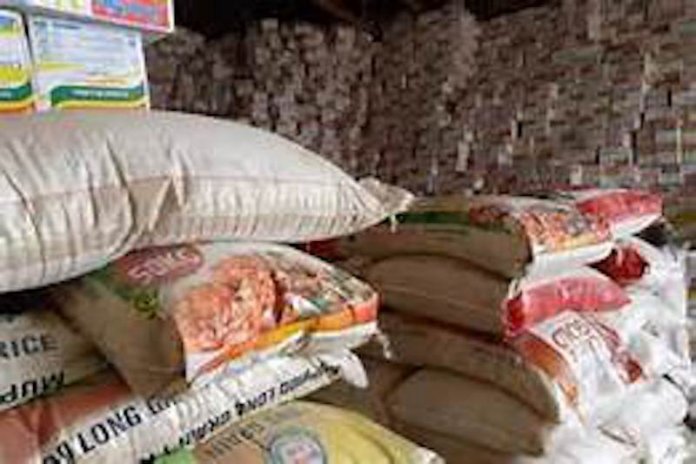 The Bauchi State Government has shared palliatives to over 110,000 households across its 20 local government areas as part of measures to cushion the effect of economic hardship arising from the outbreaks of COVID-19.

During the distribution, Mohammed commended the COVID-19 palliative distribution committee in the state for judicious distribution and proper handling of the commodities.

He said the palliatives reached the targeted beneficiaries, saying none of the commodities was diverted by any person or group of persons.

The governor said a household is entitled to one food basket which contains 10kg of rice, 10k of corn/maize flour, 5kg of millet, 5kg of beans, 2kg of sugar, three pieces of spaghetti, 100 cubes of Maggi, 1kg of salt and 2 litres of vegetable/palm oil.

He said the palliative distribution committee has distributed a total of 110, 000 food baskets to 20 Local Government Areas as part of government’s effort to ameliorate the hardship people are experiencing as a result of the outbreak of COVID-19 pandemic.

“The ceremony we are witnessing today which is the final distribution of palliatives in Bauchi Local Government Area is a very significant milestone in the government’s modest effort in bringing succour to citizens who are victims of this clear and present day danger called COVID-19.

“The state got tremendous assistance by way of donations from well meaning members of the public, corporate organisations, government agencies, local and international donors and many, too numerous to mention.”

While thanking critical stakeholders who contributed immensely towards the successful distribution of the palliative, Mohammed noted that the state government was satisfied with the effort of the distribution committee in the discharge of its mandate.

He said: “Special mention must be made to CA-COVID under the leadership of Aliko Dangote and the Federal Ministry of Humanitarian Affairs for their remarkable contribution to palliation in Bauchi State.

“I must also mention my personal appreciation and that of my government, to His Royal Highness, the Emir of Bauchi for his leadership, commitment, his presence made everyone to be alive to their responsibilities.”

On COVID-19, Mohammed said the state government in its effort to make Bauchi State free from the virus would come up with creative ideas, not only to manage the scarce resources, but partner with institutions whose mandate provide a window for collaboration to enable the state achieve meaningful results in dealing with its peculiar situation.

In their separate remarks, the Deputy Governor/Chairman, Task Force on COVID-19, Senator Baba Tela and Emir of Bauchi/Chairman of Palliative Distribution Committee, Alhaji Rilwanu Adamu commended the governor for not interfering in the committee’s responsibilities.