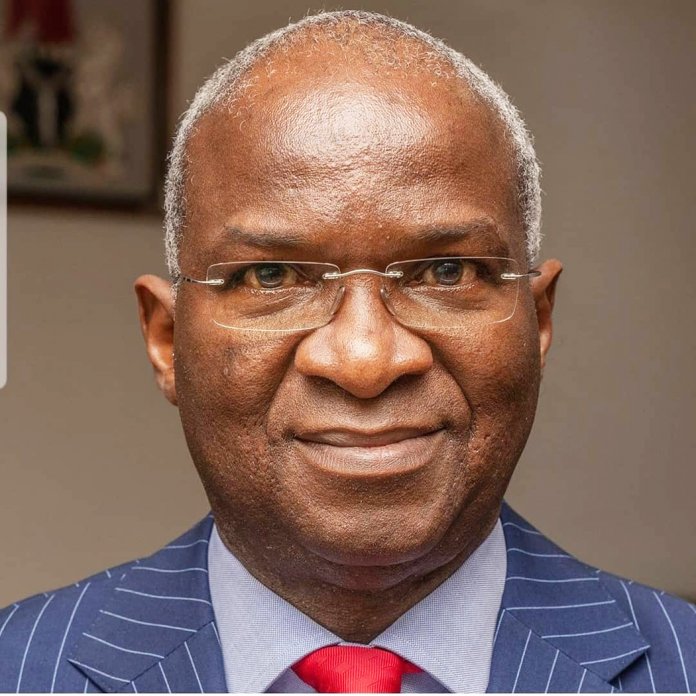 Minister of Works, Babatunde Fashola, last week, delivered an involuntary lecture to those, who delight in deploying their platforms to steal public trust especially, when constant reproduction of fibs has begun to displace both the truth and thorough job as demanded by sound journalism.

In what was dubbed investigative reporting, an online newspaper had reported that Fashola’s ministry paid some N4.5billion into the personal accounts of certain ministry officials, an action that contravenes some extant laws. And because of the dust the allegation generated, Fashola responded, but it turned out a lecture titled: “Stealing Public Trust”.

“The stupidity of the thought that a public officer will take such money on a consistent and repeated basis with impunity reveals the mindset of Premium Times about what they can do in such circumstances. The pen writes what the mind thinks.

“That stupidity is magnified by the thought that the public officer who is trying to steal would be paying the money into his bank account where it can be found. The stupidity initially informed my decision not to respond to Premium Times in their latest publication headlined under my Name. It is a continuing line of a series of Attack Fashola.

Regrettably, he said, “what Premium Times has done is to damage its reputation as a news medium for those who seek the truth. Clearly, no investigation was undertaken in respect of this publication as the report was from ‘Open Portal’. If it was from the Open Portal then there was nothing to hide.”

Sadly, a simple check would have certified the truth, because the facts are out there and accessible. But, like Fashola concluded, “In all, no money was stolen or is missing. There is no smoking gun to criminalise Fashola. If anything has been stolen, it is the Trust of the public by Premium Times. I will not believe anything they write again. This is not investigative Journalism. It is Irresponsible Journalism.” Sad!