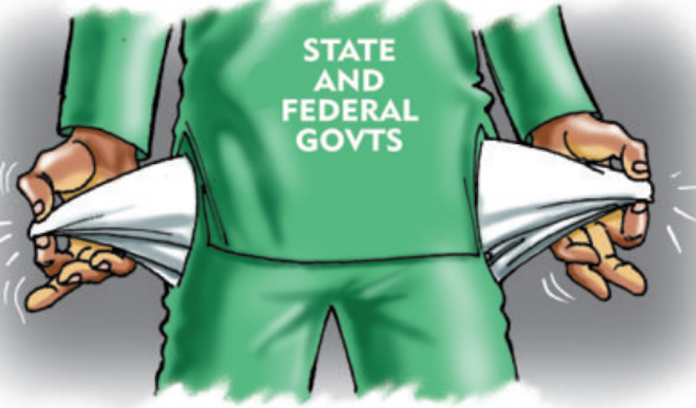 Government should try to get its sums right. The waste must stop

Amid threats by some of its personnel to stay away from duty due to inability to meet their financial obligations, the Federal Fire Service recently issued two circulars within a month. In the first, dated 14th October 2020, the paramilitary agency informed staff that delay in the payment of September 2020 salary was due to insufficient funds in their coffers. The second, dated 30th October 2020, was more elaborate. It sought the understanding and cooperation of staff – that they were not alone and that some 428 ministries and “extra ministerial departments of the federal government” were also affected. The Energy Commission of Nigeria (ECN) and others have advanced the same reason for inability to pay its staff.

No matter the spin from government officials, emerging facts suggest that the nation’s finances and the economy are already in dire straits. With the Covid-19 pandemic and the fall in oil prices it is not totally unexpected.While there is nothing wrong for a country to face temporary economic setback so long as the managers are capable and indeed able to fix it, what is tragic is that we continue to live in denial, with public officials wallowing in profligacy. As things stand, there is no rational justification for deploying about 80 per cent of our annual national budget on recurrent expenditure, and about 60 per cent revenue on debt service. In many of the states, the ratio is far worse.

We are worried that while government revenue continues to dwindle, there is no conscious effort to cut down on recurrent expenditure by the federal government or the 36 states. To compound the challenge, transparency and accountability in ministries, departments and agencies (MDAs) are at the nadir as official corruption is still high. The annual audit report from the Office of the Auditor General for the Federation is very instructive. The number of government agencies that fail to subject themselves to scrutiny under the present administration continues to increase.

However, the critical challenge is in lack of prudence at practically all levels of government. Aside borrowing heavily from China and the World Bank the federal government is considering dipping hands into the Service-Wide Vote (SWV)—funds set aside to tackle unforeseen expenditure—as a solution to the financial squeeze. Meanwhile, many of the 36 states are in a fix over mounting salaries and pensions. Since majority of them are perilously dependent on handouts from Abuja, their inability to pay salaries is becoming a national security challenge. Facedwith a declining national economy worsened by the Covid-19 pandemic and subsequent low oil prices, many states across the country are wildering. Their battered financial state is worsened by the huge amount of money used to service unjustifiable debts accumulated over the years. States like Abia, Adamawa, Kogi, Plateau, Benue, Taraba and Osun are suffocating under debts and inability to live up to their responsibilities.

Given the foregoing, it is clear that the nation is at a crossroads. By focusing only on payment of salaries to workers that are largely unproductive at the expense of much needed social infrastructure like power, schools, hospitals and reliable institutions, poverty is being reinforced across the country. This catastrophe is enhanced by lack of accountability and creativity in governance. The states have the latitude to create their own revenue survival kits through taxes, sensible investments and prudent management. They have the power to slash their recurrent expenditure and drastically right-size their workforce, and spend less on frivolities. Sadly, at the moment, that this is not happening.

It is unacceptable that amid a debilitating revenue squeeze, governments at all levels have continued to be recklessly wasteful. A nation that spends more than it generates to sustain civil servants and public officials is surely on a journey to perdition. We hope the authorities at al levels will move quickly to steer the ship of state out of this rather dangerous trajectory.

The states have the latitude to create their own revenue survival kits through taxes, sensible investments and prudent management