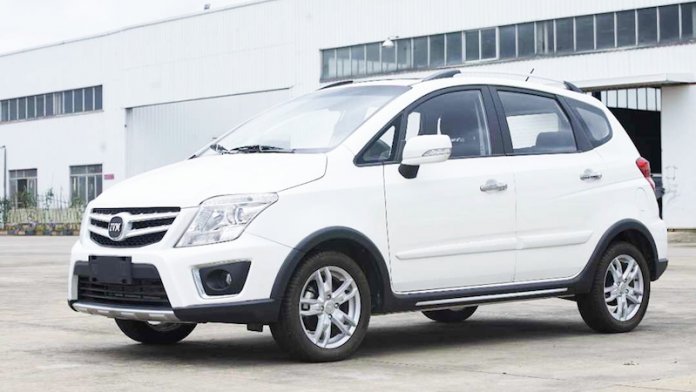 The Chairman of Innoson Vehicle Manufacturing Company Limited (IVM), Chief Innocent Chukwuma has said the federal government’s proposed reduction in tariff for imported vehicles would not augur well for the nation’s automobile industry, as it would not encourage investors.

The Innoson Chairman said, “The shocking decision” by the federal government would lead to the forced closure of many auto plants.

The downward review of duties and levies, as well as the introduction of “tax incentives” were intended by government to address the socio-economic problems arising from the COVID-19 pandemic and the recent hikes in the pump price of petrol and electricity tariff.

Chukwuma said a reduction in duties on imported vehicles would lead to massive importation of fully built up vehicles, resulting in unfavourable competition that is likely to run the Nigerian auto makers out of business.

He said the duty review “is an embarrassing policy summersault considering that the present charges on imported vehicles were prescribed by the Automotive Policy {the National Automotive Industry Development Plan (NAIDP) to discourage the influx of fully built up products while helping to boost production by the domestic auto plants.”

Chukwuma, whose plant was officially commissioned in 2010, feared that the reduction will erase the gains so far made in the industry since the Auto Policy took effect in July 2014, with total duties on imported vehicles pegged at between 35 per cent and 70 per cent.

“Government should not make the mistake of trying to solve a socio-economic problem and end up throwing thousands of people into the unemployment market, thereby increasing the already alarming rate of crime in the society.

This will make the problem worse. I, therefore, call on the Federal Executive Council to reverse last Wednesday’s decision and save our industry from collapse.”

According to him, the Federal Government’s plan would result in serious unemployment crisis as the local auto plants and related companies that will be adversely affected by the continents of the proposed bill, will be forced to lay off their workers in order to survive.

He disclosed that his plant had just designed and produced two new affordable vehicle models – IVM Connect with a price tag of N4.5 million and seven-seater IVM mini bus going for N5 million, stressing that the company invested heavily in the project with hundreds of units ready for delivery.

“With this kind of investment in very affordable vehicles built to suit the present motoring needs of the Nigerian masses, it is discouraging to hear that government is coming up with a policy that favours importation, rather than encouraging those making impact in the auto industry and the economy generally.”

Innoson recently launched an empowerment {ride-hailing} scheme in Enugu with 500 units of the IVM Connect for about 500 youths who are expected to make daily returns of N6, 000 for about 30 months, after which they take full ownership of the vehicles. The arrangement, it was learnt, will gradually be made available to other parts of the country.

IVM produces a wide variety of automobiles, including small and big buses, passenger cars, and light commercial vehicles (pick-ups), and according to Chukwuma, government should have taken into consideration the consistently huge investments some of the genuine auto makers have been making over the years, before taking the rash decision.

The Innoson Group Chairman disclosed that he had invested billions of naira in the plant, citing similar huge investments by other genuine auto makers, including the new owners of PAN Nigeria who recently committed to injecting about $150 million into the Kaduna factory. The investments, he feared would be lost if the new duty regime is implemented.

He further remarked, “The generous duty slash the Federal Government is planning will not only lead to a situation where fully built vehicles will flood the Nigerian market and result in the shut-down of local plants that are currently going through very difficult times, but will also discourage fresh local and foreign investors from investing their money in real production in the industry.

“The people the reduction will favour are businessmen who would like to take advantage of the generous duties to make quick money without investing in the development of the local auto industry. I will make more money importing fully built vehicles, but as a patriotic Nigerian, I believe that manufacturing is the way to go, because thousands of people are employed in factories and kept out of crime.