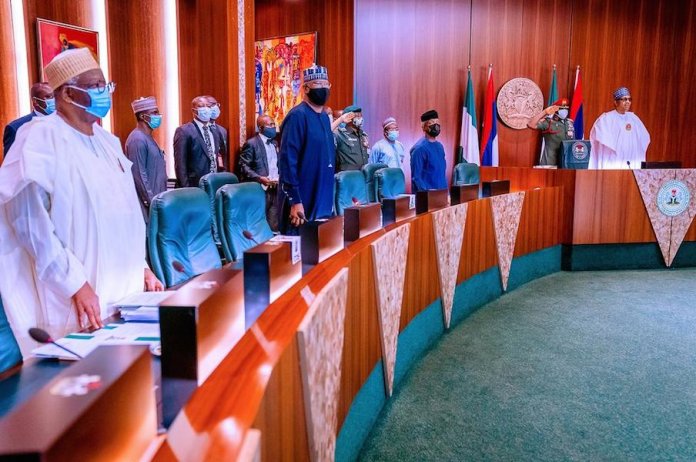 The Federal Executive Council (FEC) yesterday approved N40 billion for the construction of road and ecological projects in different parts of the country.

While about N22 billion of the fund was approved for road construction in Yobe, Edo and Taraba States, N17.7 billion was for the execution of ecological projects in various parts of the country.

Asked to respond to allegation that N4.6 billion was diverted under his watch as the Minister of Power, Works and Housing, Fashola said he had written an explanatory note to dismiss the allegation.

According to him, ministers don’t manage accounts, sign cheques or disburse funds.

In his own briefing, Special Adviser to the President on Media and Publicity, Mr. Femi Adesina, said the council approved N17.754 billion for emergency procurement of first and second quarters 2020 soil erosion, flood and pollution control as accelerated intervention projects of the federal government.

He said the awards, which were made in favour of various contractors, included 7.5 percent Value Added Tax (VAT) with various completion or delivery periods.

Breakdown of the contracts awarded, according to Adesina, include: gully erosion and control along Ndam-Agbor road, Nnobi and Alor towns in Idemili-South Local Government Area, phase two of Anambra State to Telesis Limited at the cost of N.495,878,764 for a duration of 18 months.

Parts of the contracts also included the supply and installation of 12 numbers, on site flameless/smell-less incinerator 50 kilogramme for the national blood transfusion centres in some federal medical centres and teaching hospitals awarded to Black Wheel Multi-Links Ltd. at the cost of N823.677,900.00 for six months and the supply and installation of six numbers containerised incinerators (250kilogramme) for the National Centre for Disease Control (NCDC), one in each geo-political zone awarded to STJ Integrated Resources Ltd. at the rate of N658,938,450.00 at the duration of six months.