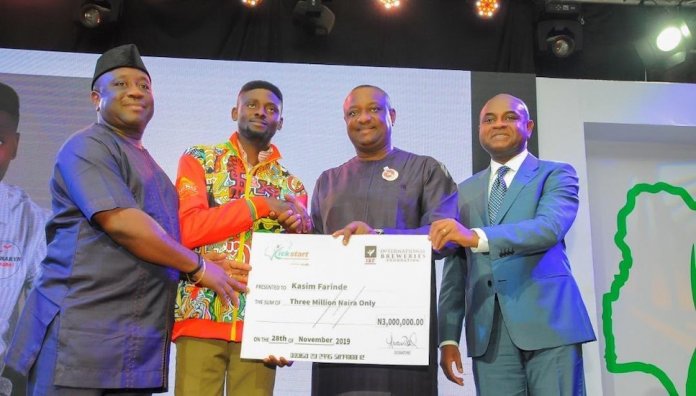 Over the years, successive administrations have initiated policies and schemes to address the rising rate of unemployment in Nigeria, and among young people in particular. Rising population figures which has seen 70 per cent of Nigeria’s people numbers comprise youths, many of whom are bristling with ideas, yet lack the resources to birth or scale what could be the next conglomerate remains a huge challenge for the country.

The National Directorate of Unemployment (NDE) established in 1986, National Accelerated Poverty Reduction Program (NAPEP) launched in 2001, and N-Power, a national social investment programme introduced in 2016 are some of the youth empowerment schemes that have been created by the federal government to address the challenge of unemployment and help increase social development in the country.

The reason for introducing these programmes is not far-fetched—a nation is only as successful as the combined efforts of its productive populace—who determine its GDP.

When International Breweries Plc launched Kickstart Initiative, a corporate social investment initiative, through the International Breweries Foundation, it was a decision borne out of the conviction that the future belongs to young people, and Nigeria needs to provide the enabling environment and support for these young men and women who are ready to seize the moment to build and shape that future.

As the initiative entered its fifth year, it was time to reflect on the strides it has made in the empowerment of 708 young entrepreneurs in diverse business sectors through training, mentoring, and grants.

Youth unemployment remains a global challenge which development experts and governments have identified as needing urgent focused attention. The twin shocks of a rampaging pandemic and dwindling oil prices only worsened the situation as more young people found themselves without a source of livelihood.

Those who had great ideas they needed support to execute or budding enterprises that could do with the injection of funds were left frustrated due to the unavailability of systems and processes to facilitate their journey to successful entrepreneurship. It’s why Kickstart is viewed as a lifeline for business-focused youths who are ready to give back to their communities.

Managing Director, International Breweries Plc, Hugo Dias Rocha a proud part of AB InBev, the world’s largest brewery chain, highlighted Kickstart’s alignment with the goal of the government to reduce the alarming incidence of youth unemployment in Nigeria; going one step further to have positive rub-on effects on the host communities of young entrepreneurs.

Olumide Ogunbanjo, an agroecologist who returned to Nigeria to help set up commercial farms after studying sustainable agriculture at Coventry University learnt about Kickstart on social media. A couple of months later, he had won the grand prize and was gifted 50 beehives, a rent-free honey processing centre, NAFDAC certification, and 12 months of business mentoring. The ripple effect of that gesture was Ogunbanjo’s ability to reach more farmers, scale capacity, and replicate the community bee-keeping initiative.

In two years, the N1.5 million seed fund from Kickstart had grown 10 times to peak at a turnover of N15 million. In Ogunbanjo’s words, “The magic moments came when our production capacity scaled up and we were able to produce more beehives and replicated the community bee-keeping initiative. Many thanks to the support from Kickstart, we also won the Total Startupper Challenge and came first in Africa.”

For Edom Thelma Chinemerem who is into shoemaking and leatherwork production, the N3 million seed funding, five-day boot camp, and quality business mentorship she had access to for 12 months was a dream come true and the turnaround her business needed. She had learnt about the Kickstart entrepreneurship programme online and had gone ahead to apply.

Peter Bamkole, Chairman Kickstart Advisory Board says youth empowerment for greater community impact is what Kickstart Initiative is all about. “We envision the initiative as the nursey of innovation in business where we plant and nurture, as well as train, give grants, and mentor. We are optimistic that every successful beneficiary will pull others out of unemployment, for every job they create will take about three other people out of the job market,” Bamkole said.

Bamkole also hopes that the success of Kickstart will encourage other corporates to go the route of youth empowerment especially as Nigeria continues to battle myriads of socio-economic challenges occasioned by the COVID-19 pandemic and other endemic issues.

Kickstart was first launched as a poverty alleviation initiative in South Africa in 1995 by South Africa Brewery (SAB Miller), former majority shareholders in International Breweries Plc. Over the years, the initiative has been implemented in Botswana, Lesotho, Tanzania, and Swaziland. Having run in the South East and South West since 2015, the initiative has now extended its reach to the six geopolitical zones of the country to allow more young people between the ages of 18 and 35 to benefit from the programme.

Through the provision of material and financial support, the initiative continues to act as a catalyst for young entrepreneurs to grow their big ideas into sustainable businesses or expand their existing business.

As a scheme focused on youth empowerment through the promotion of a culture of entrepreneurship within and outside International Breweries Foundation’s identified communities, Kickstart is inspired by three guiding objectives: creating a healthier and improved quality of life for underprivileged or at-risk youths; a commitment to drive Nigeria’s economic growth through the empowerment of young indigenous entrepreneurs and to create an environment where young Nigerian entrepreneurs can get critical elements of support in the early stages of their business’ life.

Every year, the initiative calls for entries from young entrepreneurs who apply through an online portal with Enterprise Development Centre (EDC). Applications are evaluated and graded based on their quality and business viability, and shortlisted candidates emerge. Selected candidates are then taken through a 3-day boot camp where they are trained to develop and manage a sustainable business.

A pitch session follows the final selection phase where judges assess applicants’ presentation based on scalability, practicability, and sustainability. This process culminates in the announcement of winners who are presented with grants. Awardees are also given access to carefully selected expert assistance through mentorship and coaching for a period of one year.

However, it’s not just about the estimated N325,000 million funds invested as direct seed capital to entrepreneurs to scale their start-ups, the 708 beneficiaries recorded so far, the over 500 jobs generated, the 1,392 and N526.75 million projected jobs and revenue respectively, it is the multiplier effect of the initiative which has seen 1,416 beneficiaries indirectly benefitting from Kickstart.

As the most populous country in Africa, with a youth population of over 33 million, and a current unemployment rate of 21.7 per cent representing 13.9 million unemployed Nigerian youths, it’s imperative that those who benefit from programmes such as the one offered by Kickstart Initiative to do all they can to impact the lives of others positively.

Looking to an already overwhelmed government to solve these problems may be unwise even with government initiatives such as the Economic Recovery Growth Plan (ERGP), Trader Moni, N-Power, and other programmes targeted at the twin problems of poverty and unemployment.

“The essence of the Kickstart programme is to identify youth empowerment opportunities within the sponsors’ community; help their business to gain momentum, become viable, and become institutionalised,” she said.

In line with the United Nation’s SDG 17 which focuses on strengthening the means of implementation and revitalising global partnership for sustainable development, Kickstart has collaborated with other stakeholders to gain synergies, drive, and scale impact to the benefit of beneficiaries.

David Ekwueme, a social entrepreneur with an unwavering passion for waste management and social economy agrees that Kickstart is fulfilling its goal of empowering Nigeria’s future business leaders. A first prize winner of the Kickstart programme opines that the social investment initiative is a platform that empowers budding entrepreneurs.

In his words, “The Kickstart programme was a major lift my business needed. The training, grant, and network I have built have made my business one of the leading plastic recycling firms in Onitsha.”

Moyinola Olamigoke shares Ekwueme sentiments. The Season 3 beneficiary has been able to acquire 10 manual machines, two industrial machines, and a generator for her tailoring training venture through Kickstart’s support.

In the light of a volatile global economy, unstable oil prices, and other socio-political and economic factors nations of the world have had to grapple with, it has become critical for economies, particularly those in Africa, to look inward to their most valuable resource— youth. The ones who have been imbued with the energy and technological savviness to change the fortunes of society.

A preponderance of young people is one resource Nigeria is not lacking in, but the challenge has always been how to galvanise the innate potential of this category of people in society for the benefit of everyone.

As Kickstart Initiative takes on its fifth year, managers of the programme have assured the public that it is only just getting started on its journey to turning young entrepreneurial dreams into reality.