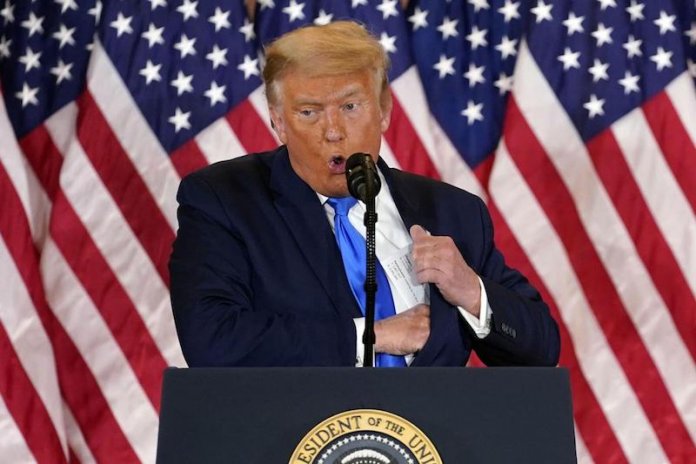 United States President Donald Trump has said that he has recommended to the US General Services Administration (GSA) to “do what needs to be done with regard to initial protocols” for President-elect Joe Biden.

Trump in a tweet also said he had told his own team to do the same.

Trump’s tweet came shortly after GSA said it had informed President-elect Biden and his team that the Trump administration was ready to begin the transition process.

GSA Administrator Emily Murphy sent a letter to Biden on Monday saying that Biden would have access to federal resources and services to facilitate a presidential transition.

Trump in two tweets wrote that he had asked Murphy to begin the transition, though he did not concede defeat to Biden as he said he would keep fighting.

In a tweet shortly after GSA letter to Biden became public, Trump wrote: “I want to thank Emily Murphy at GSA for her steadfast dedication and loyalty to our Country. She has been harassed, threatened, and abused – and I do not want to see this happen to her, her family, or employees of GSA. Our case STRONGLY continues, we will keep up the good fight, and I believe we will prevail! Nevertheless, in the best interest of our Country, I am recommending that Emily and her team do what needs to be done with regard to initial protocols, and have told my team to do the same.”