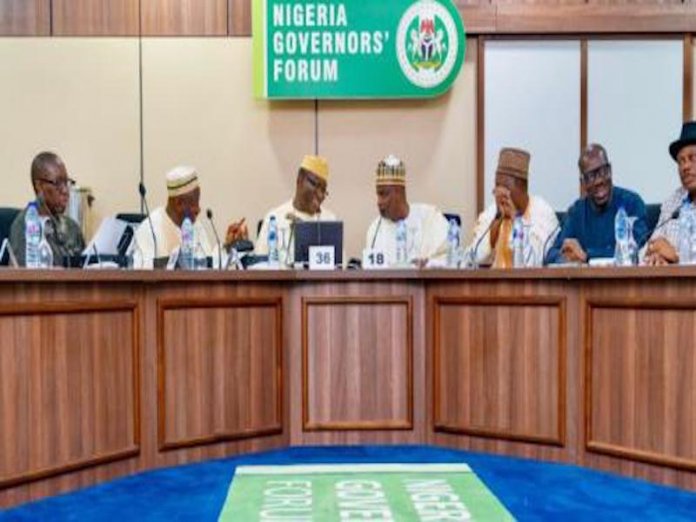 State governors under the umbrella of the Nigeria Governors’ Forum (NGF) yesterday committed to seeking better working relationship with the federal government and other arms of government as well as the private sector towards tackling the increasing poverty in their respective jurisdictions.

The governors specifically committed to working with the legislature to ensure that the constitution is amended to pave the way for the development of sub-national governments.

They believed that there’s currently little that they can do with respect to unleashing the economic potentials of their states largely because of the limitations in the constitution particularly items in the exclusive list, which only the federal government has control over.

Speaking during the opening plenary titled, “Nigeria’s Turning Point,” at the ongoing 26th Nigerian Economic Summit (#NES26), themed:” Building Partnerships for Resilience,” in Abuja, the governors argued that there are huge opportunities in the areas of power and transportation, which the states can explore to create jobs for the teeming youths.

They lamented that except the constitution was amended and the items moved to the concurrent list, the sub-national governments will continue to be at a disadvantage.

Fayemi said the states remained critical to recovery of the economy, adding that government can achieve more by working together as demonstrated in the joint response to address COVID-19, which had so far proved successful.

He said there is the need to review the entire economic framework and unnecessary expenditure by states going forward.

The NGF chairman added that some of the lessons drawn from the pandemic were for the government to provide an enabling environment for the private sector to thrive; and stay out of the way of the real sector as well as tackle insecurity.

Fayemi said policy consistency and re-ordering of priorities were critical key going forward and called for greater collaboration to move more Nigerians out of poverty.

Tambuwal, in his part, stressed that governments at all levels must again be united towards amending the constitution to enhance fiscal federalism and restructuring after previous failed attempts during the administrations of former presidents Olusegun Obasanjo and Goodluck Jonathan.

He said the governors would be required to work better with the legislature to create a framework for good governance going forward.

However, Ajaere said policy somersaults by government remained a huge disincentive for foreign investment, citing the recent decision of government to reduce import duty on vehicles without notice.

She called for a national agenda for the deployment of infrastructure particularly broadband among others as the way forward, stressing that infrastructure remained a key challenge.