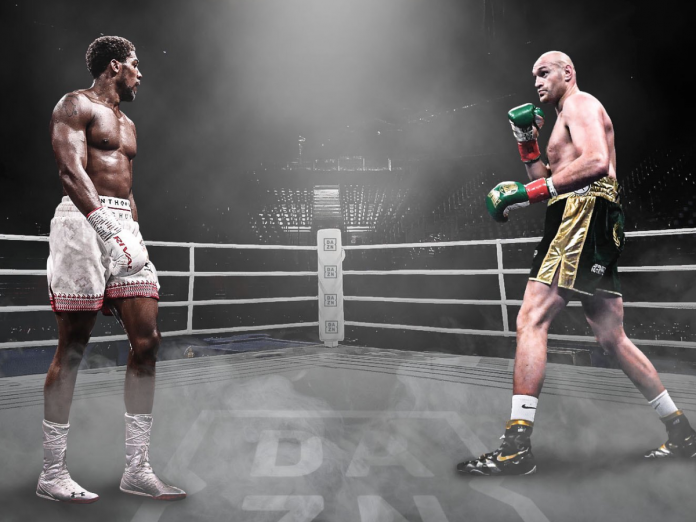 Mike Tyson has sensationally admitted he would be open to the idea of facing three of boxing’s heavyweight stars in a series of exhibition bouts for charity.

The 54-year-old will make his long-awaited, albeit controversial, return to the ring against Roy Jones Jr on November 28 and has undertaken a rigorous training regime to build up his physique.

And in a recent interview with BT Sport just days before the showdown, Tyson revealed his sights are firmly set on aiding people who ‘desperately need it’ through raising money in the future.

Tyson was once dubbed the ‘baddest man on the planet’, but hasn’t competed since retiring 15 years ago.

The likes of Anthony Joshua, Tyson Fury and Deontay Wilder now dominate the division Tyson made his own during his explosive heyday – and the veteran puncher hopes to utilise their popularity for good causes.

‘There’s so many people out there that we can do so much for, and it wouldn’t even be a tenth of their charitable heart to do something like that.

‘In fact, fight exhibitions with me, and most of our charity would go to people who desperately need it.’

Tyson is keen to stress, however, that the match-ups would solely be charity-related, and that there is no bad blood between him and the sport’s biggest names.

He added: ‘I want you to label them as exhibitions because there’s no hard feelings.’

Iron Mike has vowed to donate his fight purse for the exhibition with Jones, which will take on a different feel.

They will also wear oversized gloves and have been told not to seek a knockout.

But Tyson has stressed that the fight is ‘bigger’ than him and reflected back on his changing lifestyle.

‘It has a charity exponent and I look at that as bigger than me,’ he said. ‘Buying a new car, a new girlfriend, a new mansion, a new plane… that doesn’t do it for me anymore. It just doesn’t work.’