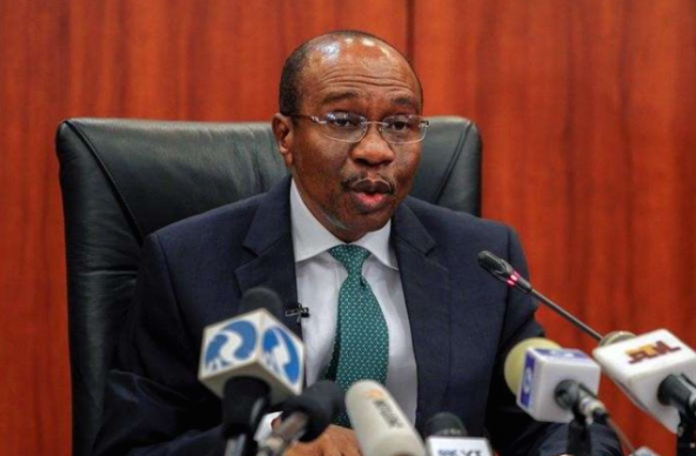 The economy may continue to grapple with the adverse effects of rising prices of goods and services for a little longer, limiting recovery efforts and prospects for improved well-being of Nigerians, writes James Emejo

Inflation is an important macroeconomic parameter employed to gauge the health of an economy. While low inflation may also be unpleasant for an economy as this could impinge on investor confidence among others, an upward trajectory in the headline index erodes the value of money and financial assets, increases the cost of borrowing and distorts price stability among other consequences.

Nigerian’s inflationary pressures have continued unabated for over 20 consecutive months, defying the monetary and fiscal policy measures to curtail its rise.

According to the National Bureau of Statistics (NBS), the Consumer Price Index (CPI), which measures inflation increased by 14.23 per cent (year on year) in October compared to 13.71 per cent in the preceding month.

Core inflation which excludes the prices of volatile agricultural produce stood at 11.14 per cent, up by 0.56 per cent when compared with 10.58 percent in the preceding month.

On a month-on-month basis, the headline index increased by 1.54 per cent or 0.06 per cent rate higher than the 1.48 per cent recorded in September as the composite food index also rose by 17.38 per cent from 16.66 per cent.

The NBS observed that the rise in food inflation was caused by increases in prices of bread and cereals, potatoes, yam and other tubers, meat, fish, fruits, vegetable, alcoholic and food beverages and oils and fats.

On the other hand, core inflation was fueled by highest increases in prices of passenger transport by air, hospital and medical services, passenger transport by road, pharmaceutical products, motor cars, vehicle spare parts, maintenance and repair of personal transport equipment, hairdressing salons and personal grooming establishments, miscellaneous services relating to the dwelling, paramedical services and shoes and other footwear.

The report noted that increases were recorded in all the thresholds that yielded the headline index.

The NBS added that the urban inflation rate increased by 14.81 per cent (year-on-year) in October from 14.31 per cent in the preceding month while the rural index increased by 13.68 per cent from 13.14 per cent.

Stakeholders have continued to express concern over the real and potential threats which inflation posed for the economy.

In his personal statements during the recent Monetary Policy Committee (MPC) meeting of September, CBN Governor, Mr. Godwin Emefiele, noted that the “concurrence of rising inflation and economic contraction does not only pose a dilemma for policymaking, it forebodes the need to strengthen the productive base of the economy.

According to him; “While the energy and exchange rate shocks are transient, the impact of the food shortages (which accounted for most of headline inflation) may persist if not tackled. With these adverse impulses, inflation inertia is expected to continue in the near-term and begin an asymptotic decline by mid-2021.”

The CBN governor also pointed out that the uptick during the August was particularly due to energy price shocks, flood-induced food shortages, and exchange rate vagaries.

Also commenting on the threat of the headline index, a member of the MPC, Mr. Isa-Dotes Mahmoud, in his opinion said inflationary pressure is expected to worsen in the near term following the recent upward adjustments in the prices of premium motor spirit and electricity.

The apex bank, which has a primary mandate to stabilise prices- had set an inflation target of about six per cent to nine per cent in its current five-year roadmap.

Of particular concern is the monetary policy rate (MPR), which is which is the rate at which the apex bank lends to commercial banks- currently at 12.5 per cent, above inflation rate, a situation which economic analysts are not comfortable with.

Analysts however believed inflationary pressure could persist in the short term.

According to the MPC, with the recent removal of subsidy on fuel price, the increase in energy prices, and the adjustment of the exchange rate, inflationary pressure will no doubt persist unless MPC consider options that will deal with the pressure aggressively.

It, however, noted that, “to abate the pressure, it had no choice but to pursue an expansionary monetary policy using development finance policy tools, targeted at raising output and aggregate supply to moderate the rate of inflation.

Speaking with THISDAY, Professor of Capital Market and President, Capital Market Academics of Nigeria, Prof. Uche Uwaleke, pointed out that the headline index is further influenced by the continuous border closure, the increase in Value Added Tax (VAT) and implementation of stamp duty as well as the high exchange rate especially in the parallel market.

He said, “The increase in the pump price of fuel also contributed because according to the NBS, a major cause of core inflation came from increase in transport cost.”

But he said inflation was unlikely to weaken in the near term.

Also, in a chat with THISDAY, Managing Director/Chief Executive, Credent Investment Managers Limited, Mr. Ibrahim Shelleng, the continued border closures meant that the country had been unable to import items to subsidies the shortages domestically, leading to hike in food prices.

He said: “Indeed we have continued to see an uptick in inflation driven by high food prices coupled with general increases in input costs, increase in electricity and petroleum prices.

However, he expressed optimism that the current inflationary pressures may recede in the near term.

He said: “The increase was due to cost push pressures and the effect of other things such as flooding in parts of the country that produce food.

“Also, December is typically a period of food inflation. We would expect that the inflation figures would level out as production improves and imports of food items to subsidies the shortfall is done.

“The increase in PMS prices would also add to food costs but this will also level out. In reality, with low interest rates for the real sector, it will alleviate the pressures of inflation. We need MSMEs to get access to cheap funding that will drive growth and production. Increased production and supply will eventually bring down food prices.”

Also, former Director General, Abuja Chamber of Commerce and Industry (ACCI), Dr. Chijioke Ekechukwu, also linked the rising inflation to the impact of the pandemic, insecurity as well as the recent civil unrest.

He said: “There are various factors affecting the prices of goods and services. Firstly, the effect of COVID-19 lockdown is only having its ripple effect impact in the supply chain.

“Food scarcity is gradually impacting supply negatively and affecting prices. The seasonal stockpile of goods for the yuletide has already started and so, demand has increased without corresponding increase in supply.”

The former banker added: “The high exchange rate of naira to other currencies continues to be a bane in the prices of goods.

The End SARS protest also created both panic and scarcity of goods arising from the temporary lockdown and curfew imposed by various states.

Ekechukwu however asserted that, “In the short run, and with the current monetary policy measures, I do not see an end to the upward trajectory in inflation rate.”

He said: “The reason is that all the fundamentals responsible for the upward movement have not been addressed or have not been reversed. Popular among them is the high exchange rate of the Naira to other currencies and indeed scarcity of the foreign currencies.

“The revenue base of Nigeria has not improved or is not likely to improve soon. Our debt burden continues to rise as the budget deficit rises. And many more.”