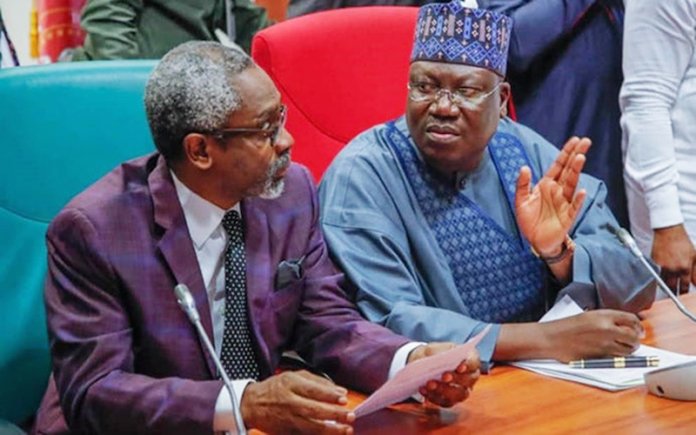 The Senate and House of Representatives, last week, held public hearings on the proposed amendment to six aviation executive bills during which some stakeholders canvassed for a repeal and introduction of certain provisions in the legislations, report Deji Elumoye and Udora Orizu

Both chambers of the National Assembly Committees on Aviation began the process of amending the Civil Aviation Acts with a three-day public hearing on six executive bills. The bills, which sought to amend certain aspects of the Acts establishing the six agencies were forwarded to the National Assembly for consideration and passage into law by President Muhammadu Buhari in November, 2019.

The request was contained in a letter addressed to the Nigerian Senate and read by Senate President, Ahmad Lawan at a plenary session.

The letter read in part: ‘’Dear Distinguished Senate President, Transmission of Six Aviation Sector Bills to the National Assembly for consideration and passage into law. Pursuant to Section 58 of the Constitution of the Federal Republic of Nigeria 1999 as amended, I formally request that the following six bills be considered for passage by the Senate. While I trust that these bills will be expeditiously and favourably considered by the Senate, please, accept Mr. Senate President, the assurances of my highest consideration.’’

Nigeria, overtime, has experienced the absence of enabling laws to provide a safety net for professionals in the aviation sector. This might have prompted President Buhari’s request for sending the bills to the Senate and House of Representatives for amendments.

The three-day public hearing on the amendment of six bills held by the Senate Committee on Aviation had both similar and varying views from Senators and stakeholders.

Declaring the hearing open, President of the Senate, Dr. Ahmad Lawan said, the Nigerian aviation industry was heavily impacted by the Covid-19 pandemic hence going forward, aviation agencies need to be creative and project ways of moving forward in case of either natural disasters or pandemic.

Represented by the Deputy Senate Leader, Senator Robert Boroface, Lawan said the issues in the bills were sufficient enough to ensure safe travel and enhance security in the Nigerian aviation industry.

At the hearing, the Airline Operators through their legal representation, Chinasa Unaegbunam from Stream Sowers & Kohn, sought the reduction of the 5% ticket sales charges/cargo sales charges (TSC/CSC), thereby asked the Senate to repeal Clause 23 of the Civil Aviation Act.

But the Minister of Aviation, Senator Hadi Sirika, in his response stated that the airlines were asking for a reduction of monies they were not paying but been collected from travelling passengers.

He disclosed that US$6,993, 284 million and N19, 365, 374,336 billion debt, which accrued were as non-remittance of Ticket Sales Charge (TSC) and (CSC) collected on behalf of the Nigeria Civil Aviation Authority (NCAA) by the airlines.

Also, the President of Nigeria Labour Congress (NLC), Comrade Ayuba Wabba, opposed some of the provisions of the bills.

He said all provisions relating to the issue of essential service into the six bills being considered for review especially section 29 of the Civil aviation act should be expunged, because it is actually in conflict with the existing provision of the labour law, which is part of international commitment to standards.

Another issue he raised was the proposal to remove authority from FAAN. He said it was not only suspicious but also mischievous, and any attempt to remove authority from FAAN could only suggest an attempt to remove the management of FAAN from possibly government control and ownership by the people. This, he said, would enable the promoters of concessioning to consummate their plans and take many Nigerians out of the labour market.

Responding, Chairman, Senate committee on Aviation, Senator Smart Adeyemi, said, ‘’Let me equally say that through you, I need to make some clarifications. You know, some of us who are here were part of you. We were all in the struggle before we came here. And at times, one of the things that sadden my heart as a legislator is the misconception of Nigerians that the moment you are in politics, you are corrupt. The moment you are elected, they assume you are anti-people.

“That we are here today, we should not been seen as outcasts in the society. We should not be condemned. Please, there are many people, who believe in good governance in the National Assembly. There are many people, who are passionate but you know we are legislators; we are not executive. So, when laws are put in place, it is not for us to implement. Ours is to call the attention of the executive to where there are shortcomings for good governance.’’

In the House of Representativess

Back in October, ahead of the scheduled public hearing, Chairman of the House of Representatives Committee on Aviation, Hon. Nnolim Nnaji said, as a dynamic industry, aviation requires constant review of enabling status to ensure that the country keeps to standard.

He urged critical stakeholders and members of the public especially the frequent air travellers/aviation community to make time to either attend or send well-articulated memoranda that would guide the legislators in amending the Acts.

Gbajabiamila, while commending President Muhammadu Buhari for his willingness to collaborate with the National Assembly in developing the aviation sector, assured the president that the House would ever be ready to provide the necessary legislation and needed oversight to achieve this purpose.

On his part, Siika, said the federal government was not getting the best out of the airports being managed by the Federal Airport Authority (FAAN), hence, the need to concession the nation’s airports.

According to him, in countries that are much more comfortable, e.g Qatar, which is the richest country on earth today, they have the best airport in the world. After being built, it has been concessioned, because private sector has the capacity to manage it and get the best out of it.

“We are not saying that FAAN cannot manage airport, but we are not getting the best out of it,” the Minister said, adding that the fact that government borrowed money to build airport was a better excuse for wanting to make much more from them.

Continuing, he said, “But these arguments will come when we discuss the issue, because we are not ready to lag behind the world. Sometimes, people want better service from FAAN and also asking that debts be waived. There are agencies that have been owing FAAN for a long time and have not paid. They want services, but don’t want to pay for the services. On the one hand, they want the debt to be waived; on the other hand, they want service from FAAN. FAAN should begin to operate maximally and take what belongs to it maximally as well.’’

Again, the NLC, similar to their argument regarding some aspects of the Bill during the hearing at the Senate, warned against the introduction of offensive provisions, which are inconsistent with the general practice of lawmaking into the country’s aviation laws.

Wabba alleged that there was an attempt to smuggle provisions from the labour laws into the proposed amendments.

He also warned against playing into the hands of the private sector operators that are pushing for the concession of the nation’s airports in the process of amending the laws.

At the end of the two public hearings, the Adeyemi and Nnaji led committees promised to look into the concerns raised by the NLC and other stakeholders and assured them that the lawmakers would ensure the Bills, when passed, would be something that would improve the aviation industry.