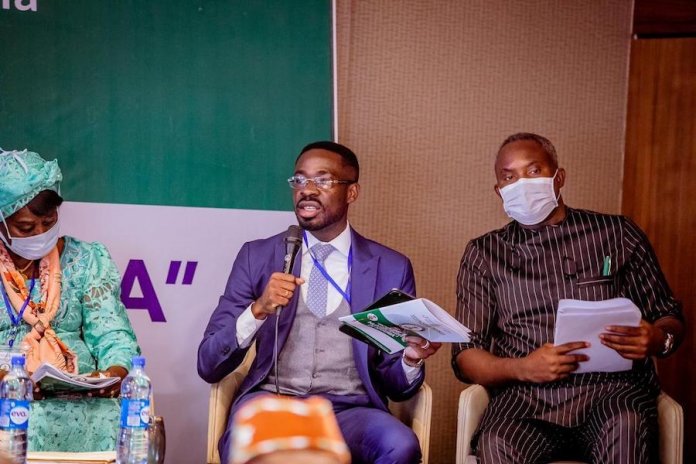 Entertainment lawyer and Youth Advocate, Bobo F. Ajudua has lent his voice to the arrest and harassment of youths who participated in the #EndSARS protest, describing it as counter-productive.

He said this at a public policy dialogue series that was focused on policing and human rights in Nigeria.

His words: “We are in a position whereby government on this part –the legislative is soliciting for collaborative efforts, support of the youths and members of the public. We cannot on one arm be soliciting for the youths and the public to come out and collaborate and speak up and take part in policy making and dialogue and on the other arm they are getting arrested, passports are being seized, bank accounts are being frozen. It simply does not work.

“We are trying to build trust and at the same time we are breaking it down. It does not work. These are people that have taken part in a peaceful protest that have galvanized a lot of these productive discussions we are having right now.

“Everyone has appreciated that fact but at the same time, some of these people are being harassed, a lot is going on behind the scene.

Other dignitaries who were at the session are Speaker of the House of Representatives, Hon. Femi Gbajabiamila and President of the Nigerian Bar Association, Olumide Akpata.