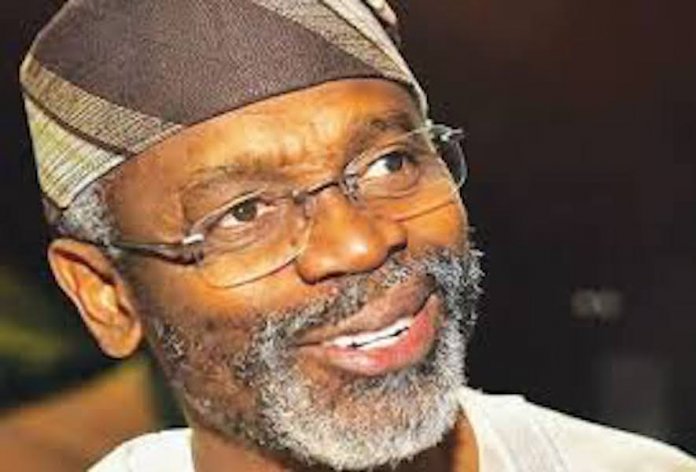 The Speaker of the House of Representative, Hon. Femi Gbajabiamila, and the Minister of Aviation, Hadi Sirika, yesterday decried the absence of critical stakeholders in the private sector at the public hearing for the repeal and re-enactment of six aviation executive bills.

Gbajabiamila, while delivering his remarks at the event held at the National Assembly complex, observed that most of the stakeholders were not present.

He noted that the whole idea of public hearing is for interested parties to be present to contribute whatever observations they may have.

Gbajabiamila, while commending President Muhammadu Buhari for his willingness to collaborate with the National Assembly in developing the aviation sector, assured Nigerians that the House would ever be ready to provide the necessary legislation and needed oversight to achieve this purpose.

‘’It is imperative to note that the development of our aviation industry is an added advantage to the growth of our economy. It is in this vein that the House of Representatives will continue to support the total rehabilitation and upgrading of our airports and allied services,’’ the Speaker added

On his part, the Minister of Aviation, Hadi Sirika, also lamented that the private sector which was couple of weeks ago in the Senate for this same exercise, was completely absent at today’s (yesterday) hearing at the House of Representatives.

The minister said: “We’ve been on this for five years; we have been through six stakeholders’ conferences, and after that, we gave them the bill seven months ago to go through, and we’ve received some comments from them about that. So I’m very curious to know why they are not here.”

Speaking on the bill, Sirika said a committee involving the relevant stakeholders was constituted by him to review the establishment Acts of the six aviation agencies.

This, he said, was not only to close the audit findings by removing regulatory powers from service provider agencies, but also to bring the respective Acts up to date with development in international civil aviation; separate powers among the agencies; facilitate the upgrade of NCAT to degree-awarding institution; give NIMET the leverage to commercialise some of its products; remove impediments in the smooth running of the functions of all the agencies as well as ensure seamless coexistence between the agencies and encourage the agencies to initiate avenue of generating revenue among others.

Also speaking, the President of the Nigeria Labour Congress (NLC), Ayuba Wabba, opined that they cannot have a Nigerian standard in the aviation sector if they don’t use nomenclatures that are known globally.

He said: ‘’On the nomenclature of FAAN, we are talking about best international standards, but I do not know why we want to remove the word ‘Authority’ from it. I think we should replace ‘authority’ with administration which will make the institution more accountable. With this, we will support the bills.”