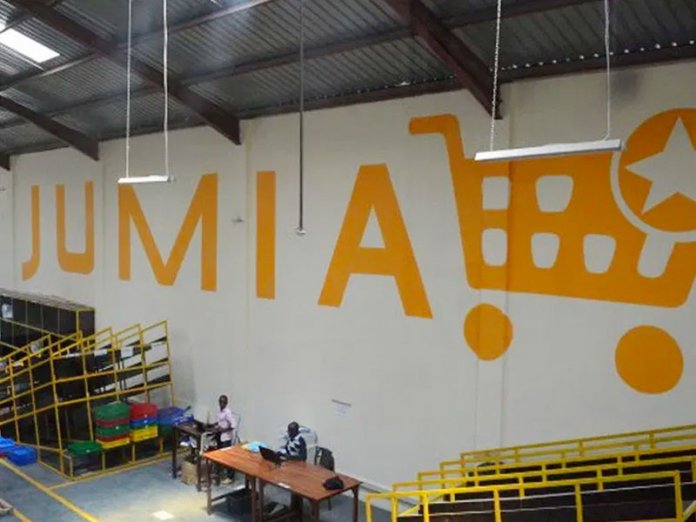 Since becoming the first ecommerce brand in Africa to list its shares on the New York Stock Exchange in 2019, the performance of pan African ecommerce brand Jumia, has attracted keen interest, with attention mostly on the profitability of the brand.

While some observers see each quarter performance as reason to divest from the brand, others have branded Jumia’s performance as one that signals hope for ecommerce growth on the African continent.

The 2020 third quarter (Q3) released by Jumia was another indication that the e-tailer is gradually navigating its way to profitability despite the stack odds being faced in this relatively nascent sector in Africa.

As contained in the report released by the Jumia Group, the company posted a year –on-year gross profit increase of 22 per cent, with a significant improvement in the operating loss which decreased by 49 per cent compared to the previous year.

And for the first time at group level, Jumia returned double positives in both Gross profit after Fulfillment and Sales & Advertising expenses, with the majority of countries breaking even at this level Q3 2020.

According to the company, the portfolio optimisation completed last year, along with overhead rationalization, contributed to a decrease in General Administrative costs excluding share-based compensation of 24 per cent year-over-year in the third quarter of 2020.

Commenting on this improvement, the Co-Chief Executive Officers of Jumia, Jeremy Hodara and Sacha Poignonnec, attributed the performance to actions taken to rebalance the fundamentals of the business.

“We have focused over the past 12 months on firmly advancing towards breakeven. The significant progress achieved was mostly attributable to the thorough work we have done on the fundamentals of our business, with limited support from external factors such as COVID-19.

“The business mix rebalancing initiated late last year has increased our exposure to everyday product categories and, combined with enhanced promotional discipline, supported unit economics. We are making significant progress on our path to profitability with Adjusted EBITDA loss in the third quarter of 2020 decreasing by 50% year-over-year,” he stated.

“One of the strategic decisions we took from a portfolio perspective was to exit certain verticals and countries and the other being rebalancing of our portfolio. Significantly, now we have categories and kinds of products that drive consumer lifetime value.

“Also in terms of financial discipline, we’ve taken some decisions in terms of being laser focused on our cost efficiency. On sales and advertising for example, we’ve done quite a lot in terms of product search algorithms that make sure that product ranking and search results for consumers are more on point. These are the things driving the numbers quarter on quarter,” she said.

However, the report also revealed figures suggesting the last quarter wasn’t a smooth sail for the e-tailer, as GMV was €187.3 million, down 28 per cent year-over-year.

The situations the company said was influenced by external factors such as COVID-19. “The macro environment in Africa varied a lot. What we saw with Covid-19 was partial movement restrictions.

“Those fundamentally don’t really create a shift in consumer lifestyle and behaviors. In some countries like Morocco and Tunisia where there was nationwide lockdown, we did see acceleration in consumer usage of the platform. What we did see consistently though was increasing adoption of ecommerce by sellers and brands. In Q3 2020, we on-boarded about 60 new brands on the platform,” Anammah explained.

The report also showed that annual active consumers on Jumia reached 6.7 million in the third quarter of 2020, up 23 per cent year-over-year. Jumia also made meaningful progress in the reduction of the overall rate of Cancellations, Failed Deliveries and Returns (CFDR).

Going forward, the company said the plan was to maintain the progress by sustaining its laser focus on aligning investment with what consumers really want.

“As consumers’ disposable income is challenged, they become more straight jacketed in terms of the things they need. As long as we remain a platform that attracts brand sellers that have what consumers want to buy, and offer them at the best prices, then we will remain relevant. Fashion, beauty and FMCG products are crucial to consumers. So rebalancing our investment focus on them is important either in this quarter or next quarter. These actions that led to quarter on quarter improvement will be permanent on our part. They are actions that will drive our performance going forward,’ the Chairwoman affirmed.