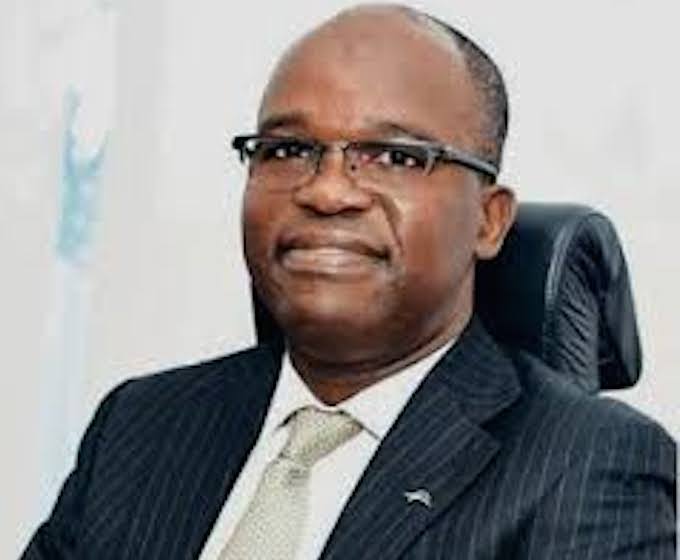 Although the Independent National Electoral Commission has screened 12 candidates for election into the Lagos East Senatorial seat, it is a two-horse-race between Mr. Tokunbo Abiru of the All Progressives Congress (APC) and Babatunde Gbadamosi of the Peoples Democratic Party (PDP) writes Tobi Soniyi

Until June 15, Sen. Adebayo Osinowo was the representative of Lagos East in the Senate. Consistent with constitutional provisions, Osinowo’s passage necessitated the need for a bye-election to choose a new senator for Lagos East, a senatorial district that comprises five local government areas (LGAs) and 11 local council development areas (LCDAs).

The death of Adebayo
Osinowo has re-ignited the old rivalry between the APC and the PDP as each party perfects its strategies to win the bye-elections.
Since the parties kicked off their campaigns last September, diverse issues have come to the fore, which analysts believe, would largely determine who wins the contest at last. For some, the youth agitation for better Nigeria would determine the outcome of the process. For others, there would be apathy due to what they ascribed to failed electoral promises in the past. There are also those who believe that the APC has let the country down and should be punished at any given election.

As true as these standpoints may be, they may not be sufficient enough to determine the outcome of the forthcoming bye-election in the senatorial district. With the changing political environment and electoral demography across the federation, what then are the considerations that will determine who wins the next by-election in the senatorial district?

The candidates’ record of service will obviously play a major role in determining who wins the contest. Whether in Lagos East or elsewhere, Nigerians, especially youths, are now clamouring for a new crop of political leaders with robust records of service and capacity to make meaningful change in leadership. Reasons for such clamour are evident in what an anti-graft advocate, Mr. Auwal Rafsanjani, described as the absence of accountable and transparent governments in the country.

Amid this reawakening, the electoral umpire has screened 12 candidates for the senatorial contest. While the APC nominated the immediate past Group Managing Director of Polaris Bank Limited, Mr. Tokunbo Abiru, the PDP put forward the 2019 governorship candidate of Action Democratic Party (ADP), Mr. Babatunde Gbadamosi.

As shown in INEC’s records, Abiru is an economist by training and a chartered accountant with about 32-year experience in both public and private sectors. In 2013, Abiru resigned as the Commissioner for Finance in Lagos State. As a member of the State Executive Council, he was reputed for raising N80 billion bond to develop strategic infrastructure in the state.

Subsequently, Abiru was appointed an Executive Director in First Bank Plc, where he was entrusted with managing the institution’s corporate banking. In 2016, as revealed in Abiru’s records of service, the Central Bank of Nigeria (CBN) appointed him the Group Managing Director of Skye Bank Plc. Successfully, he implemented the CBN’s transformation plan that pulled back the bank from the brink of collapse.

Under four years, Abiru rescued Skye Bank Plc from the abyss of its 80% non-performing loans, a disturbing rating far above the regulatory standard. Also, Abiru supervised its metamorphosis to Polaris Bank. As shown in the bank’s audited reports, Abiru transformed the bank from liability to profitability, rounding up the 2019 financial year with a profit of N27.35 billion.

Unlike Abiru, according to INEC’s records, Gbadamosi finished from Government College, Ikorodu in 1985. While other documents revealed that the PDP candidate attended the Lagos State University (LASU) between 1986 and 1989, it was not clear if he completed his university degree at LASU. Nevertheless, he is eminently qualified to seek election as a senator.

After working as mailman, train station assistant and cab driver in the United Kingdom for years, Gbadamosi returned to Nigeria. He set up Redbrick Homes International Limited, the developers of the iconic Amen Estate, Ibeju Lekki, where an ace actress, Funke Akindele, organised a birthday bash for her husband in breach of COVID-19 regulations.

Both Abiru and Gbadamosi have rolled out their campaign agenda. In his campaign agenda, Abiru promised people-oriented representation within the statutory mandate of a senator. In this context, he pledged to promote bills and motions that would improve the quality of life; create an enabling environment for businesses to thrive and provide fair opportunities for all Nigerians irrespective of where they come.

Abiru equally promised to leverage the instruments of legislation and lawmaking to systematically empower youths; combat extreme poverty; improve ease of doing business; work with other senators to actualise special status for Lagos, as well as lobby federal and state governments to fully execute all uncompleted projects in Lagos East and promote financial inclusion across irrespective of the status of Nigerians.

Like Abiru, the PDP candidate promised quality representation, which according to him, would give the people of Lagos East the opportunity to aspire to bigger things. Much unlike Abiru, Gbadamosi has not empirically spelt out his campaign agenda. Rather, he has sustained attacking the APC, describing it as an empty political party.

Apart from the campaign agenda, the party structure will also determine the senatorial contest in Lagos East. First, Abiru was born to the family of progressives. His father, Justice Mubashiru A.O. Abiru was a loyalist of the Premier of Western Region, Chief Obafemi Awolowo. In 1979, he was elected senator on the platform of the Unity Party of Nigeria (UPN).

Second, Abiru has been a longtime adherent of progressivism, which he inherited from his father. That perhaps might be a reason he has been supporting the Alliance for Democracy (AD), defunct Action Congress (AC) and its successor, Action Congress of Nigeria (ACN). Abiru’s progressive persuasion never changed, even after the ACN devolved into the APC in February 2013.

Third, that perhaps explained why he emerged a consensus candidate on the platform of the APC on September 2 with little or no internal rift. Even though the APC faces its own challenges amid the #EndSARS protest, the party still has its structure intact across the senatorial district, which many analysts argued would be an added advantage for Abiru in the coming bye-election.

Gbadamosi, however, does not enjoy the same political advantage. PDP, his political party, had contested elections in the past with insignificant impact. It had won federal and state legislative elections in a few constituencies, but had failed to sustain its victory due to an internal crisis that fractured its leadership ranks, especially in the state.

The crisis, also, played up in the way Gbadamosi emerged the PDP candidate six months after defecting from the ADP. As different reports have revealed, Gbadamosi has a rich history of defection, which reinforces critics’ claim that he lacks commitment to a specific political belief. While the Chairman of Lagos PDP, Mr. Adedeji Doherty, was opposed to Gbadamosi’s nomination, the party’s former Deputy National Chairman, Chief Olabode George used his overriding influence to secure him the party ticket.

Aside, all political gladiators, who could have deployed their political structures in Gbadamosi’s support, have defected to the APC. Among others, they include a former Minister of Works, Senator Seye Ogunlewe; a former Nigerian High Commissioner to Ghana, Senator Musiliu Obanikoro, and the immediate past Chairman of Lagos PDP, Mr. Moshood Salvador.

Currently, the senatorial contest has been a subject of multiple litigations. Gbadamosi claimed Abiru breached the Electoral Act for alleged double registration. He also claimed Abiru did not register in Lagos East. He even cited a letter Abiru addressed to the INEC, requesting for transfer of permanent voters card (PVC) from Carlton Gate Estate, Chevron Drive, Lekki to Oriwu Road, Ita Elewa, Ikorodu.

Gbadamosi’s claims are not consistent with constitutional provisions. First, section 66 of the 1999 Constitution spells out conditions for a candidate’s disqualification. As the constitution states, a candidate can only be disqualified, if he acquires the citizenship to a country other than Nigeria; is adjudged to be a lunatic or declared not to be of a sound mind; under a sentence of death; has been convicted of an offence involving dishonesty or he is a person employed in the public service of the federation or any state.

Abiru, apparently, does not breach any of the conditions stated in section 66 of the 1999 Constitution. Apart from the constitutional provision, however, a senior advocate argued that the allegation of double registration “is subject to judicial interpretation.” He, first, said the intention of a candidate, who breached the provision, would first be determined whether he wanted to use the PVC for criminal purposes.

Also, on September 29, the Media Director of the Gbadamosi Senatorial Campaign Council, Dr. Ademola Pearse, alleged that Skye Bank Plc collapsed under Abiru’s leadership. In different tweets, subsequently, Gbadamosi himself accused Abiru of assassination, claiming there had been two attempts on his life and that of members of his campaign team.

On the first allegation, different reports showed that Skye Bank Plc did not collapse as Pearse claimed in a statement he signed. Rather, the CBN engaged Abiru on July 4, 2016 to rescue the bank at the time it recorded about 80 per cent non-performing loans far above the regulatory standard and other prudential and adequacy ratios of the defunct bank abysmally performed much below the thresholds of the apex banks.

Under his management, however, Abiru managed the bank’s grievous challenges, which culminated in reduction of deposit loss, restoration of customer confidence and stabilisation of the bank within four years. Also, it settled many matured trade and bilateral obligations and restructured outstanding balances with the relevant institutions and counterparties.

Within his mandate, the bank’s annual reports showed Abiru transformed Skye Bank to Polaris Bank and its narrative from pessimism to optimism, more aptly from liability to profitability. In its audited report, Polaris posted N27.35 billion profit after tax in the 2019 financial year.

On the second allegation, Abiru, through his counsel, Mr. Kemi Pinheiro, has asked the Inspector-General of Police, Mr. Mohammed Adamu, to conduct “a detailed investigation into Gbadamosi’s allegations of murder and assassination to ascertain their veracity and the culpability of anyone involved in such actions.”

From these dynamics, it is evident that Abiru, as an accomplished economist and a chartered accountant, has been campaigning on the strength of his credentials and the values he has mapped out to add in office, if and when elected. But Gbadamosi, a businessman and real estate developer, has deviated from campaign issues, now exploiting legal means to drive campaign in the race for the Lagos East senatorial seat.